Now the Roman camp. Also BUM based, is also largely transformed into what you see. 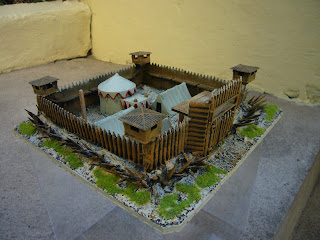 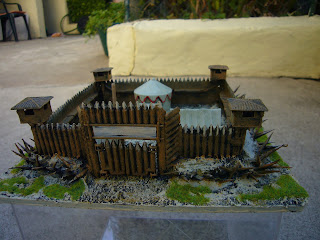 The defence poles around the camp. The ditch is ...well... around somewhere! 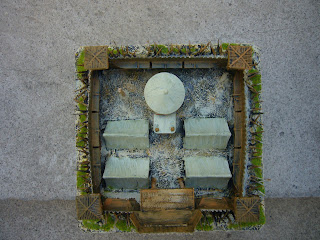 There is a Zvezda 1/72nd scale fabulous roman camp and the old Airfix one which is also nice. They make a fantastic center piece for a diorama or skirmish action but they are just too big for a battle like Cannae, as it will take too much space on the tabletop, and this one is much cheaper. 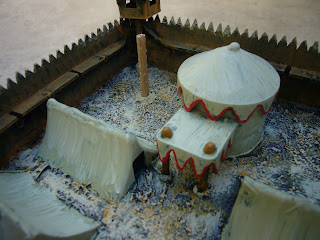 The training pole. This place served for gladius hacking training. Probably some slashes were also applyed. 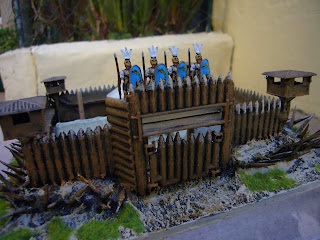 Some Triarii (Hat) just for scale.