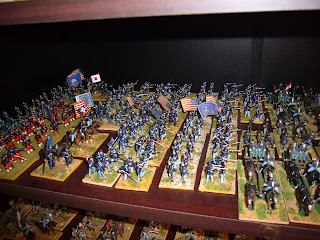 Both armies are at about 80% in Fire and Fury terms, 1/200 that is. Above is Reynolds I corps (Doubleday in command). 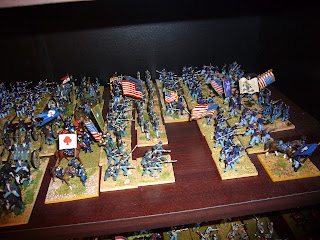 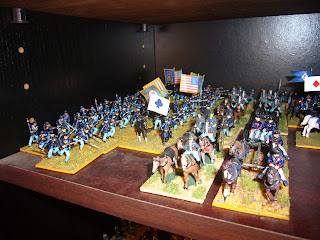 The rest of II corps. 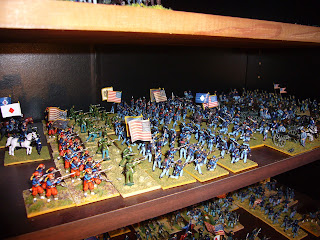 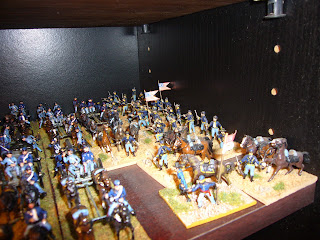 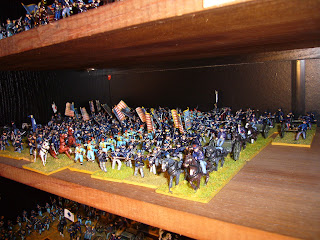 Syke´s V corps. The figures in grey trousers are the Pennsylvania reserves. 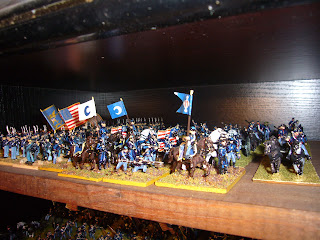 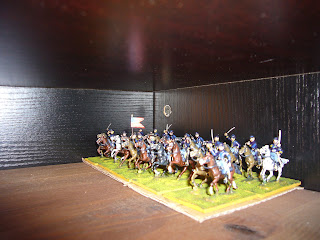 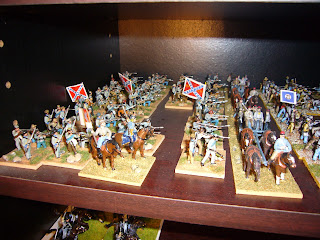 Now the Confederates. Longstreet I corps. Picket can be seen mounted waving his sword (scratchbuilt figure). 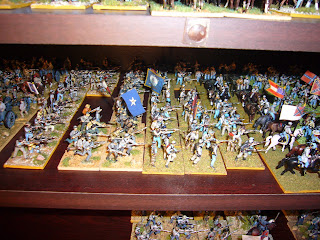 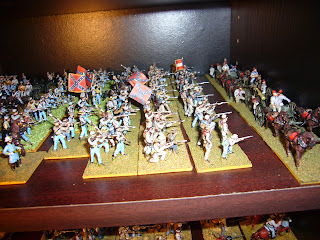 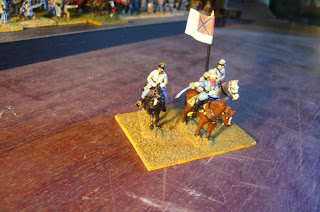 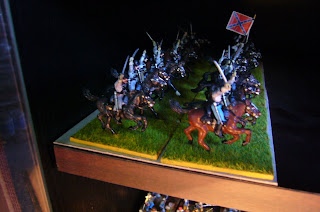 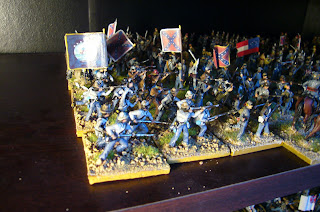 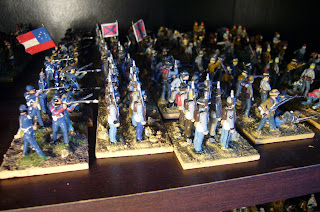 Jonhson´s division. Some are the old but marvellous Airfix ACW figures. 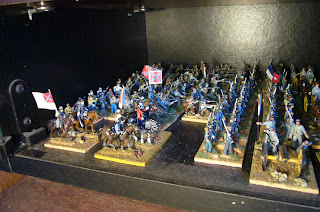 A.P. Hill III corps. Hill can be seen in his traditional red shirt and is also a scratchbuilt figure. 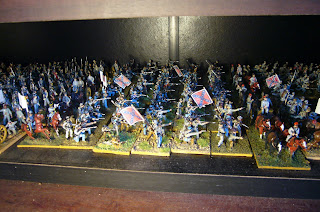 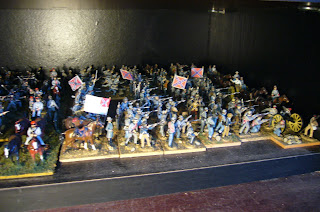 This period is great for collecting and wargaming. A time and a war in which  a few professional soldiers turned a mob of amateurs into heroes. Also last days of chivalry in US history.

Posted by João Pedro Peixoto at 16:48