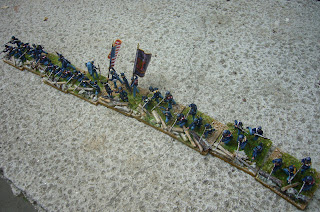 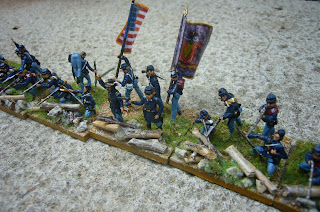 This is the first brigade of the last Union corps (XII)  I still miss for the Union in Gettysburg. As I run out of figures i´m going back to WWII...Who doesn´t? 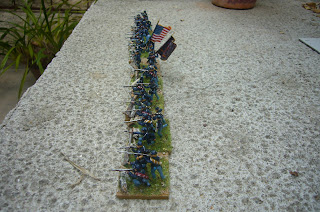 As this brigade spent most of its action in Gettysburg behind breastworks in Culp´s hill I modelled them as they should have looked in those days.

Another reason for this was that I was almost left of figures after another long marathon on some months painting ACW and the only figures I had were kneeling confederates, which turned bluecoats after all.

Posted by João Pedro Peixoto at 14:48