Now for some last command stands.

Lee and staff, inspired on a painting by Mort Kunstler.
Lee is a Strelets R figure on an Italeri horse. 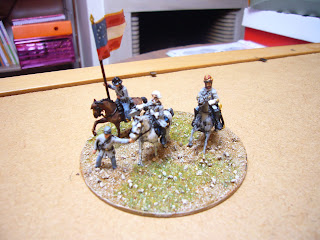 General Ewell, one of the most blamed for the Gettysburg results. With justice?
Ewell (center figure)  is made out of a torso from Revell, legs from an Italeri horseman and a horse also from Italeri. 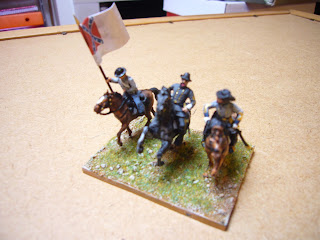 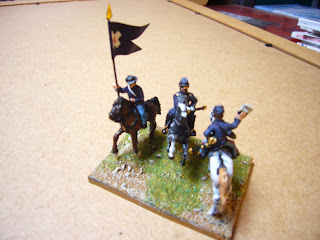 Here are the last "crisis artillery" stands I managed to do. I remembered to look at some soldier boxes my friend  Jorge Faria (from Brigada Tripeira) gave me and I found some napoleonic artillery from Esci and Airfix among hundreds of other figures for other ages. 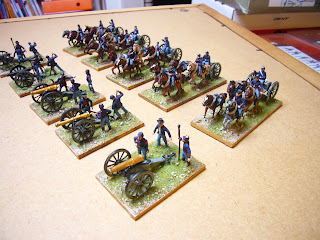 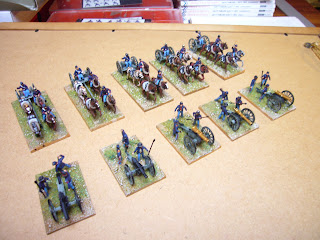 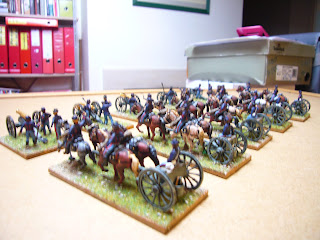 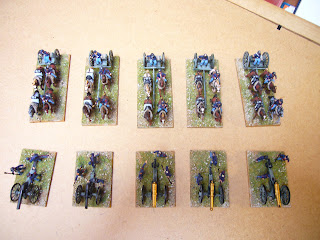 Posted by João Pedro Peixoto at 11:38