After seeing some beautifully painted LRDG in the Rapid Fire! FB and after the release of Altaya's LRDG Chevrolets, I just had to have a small force of those. Reading about the Barce raid inspired me to make three chevies and 3 jeeps (yes, yes too many jeeps, only one was necessary in RF terms...). 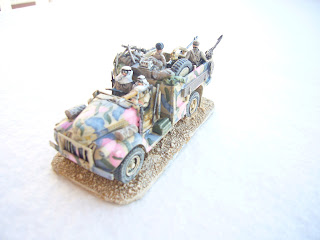 The Altaya Chevrolets were repainted as I attached too many figures, stowage and weapons that needed drilling and glueing.

The arab headdress was made with GreenStuff, as well as most of the interior stowage. 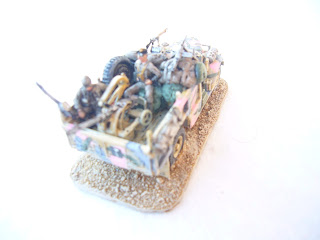 Monty (Matchbox) itself gave a hand as he is seated with legs borrowed from a Preiser german figure, the one that is playing cards. 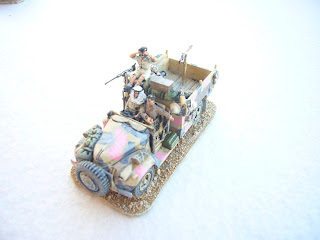 The binoculars figure is the body of the Matchbox Humber figure and the legs of the Esci 25prd seated gunner. 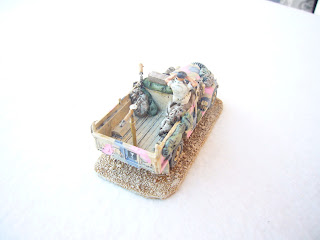 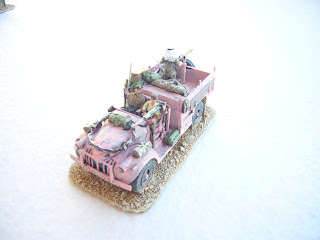 The striking Pink scheme, useful for the morning and late day. 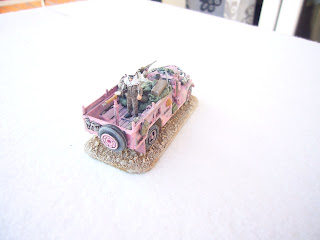 All figure came out of the spare boxes, and included the Airfix Jeep driver; Esci commandos and Hasegawa tank crew. 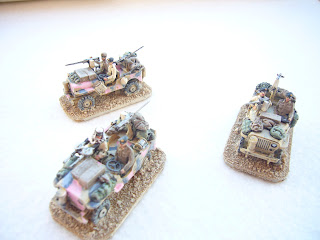 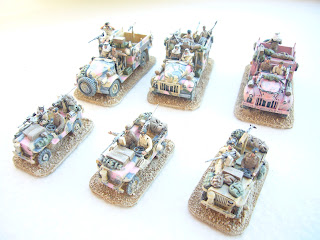 Posted by João Pedro Peixoto at 08:17