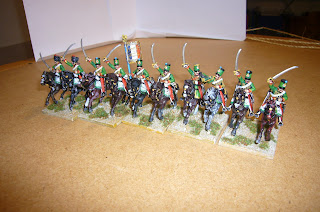 I like to imagine de Co figure as Baron the Marbot, the same that was present and described in detail the Bussaco campaign and battle, just some km from my hometown, Coimbra. He actually commanded the 7th Hussars at the Waterloo campaign, 5 years later, and kept leaving some fantastic accounts of the napoleonic campaigns. 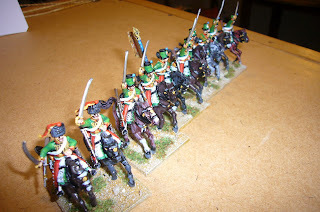 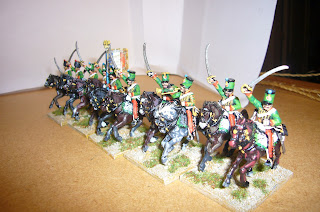 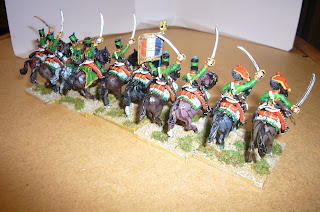 All figures are Perry plastic miniatures, straight from the box.
Posted by João Pedro Peixoto at 16:17