Latest 28mmm French division for Waterloo. Built before the beach and sprayed after this was the smallest division in Napoleon´s Armée du Nord. 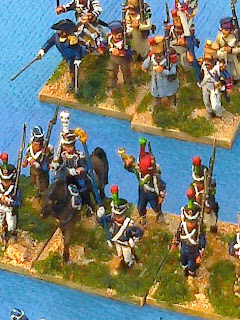 The trick is  never to represent the older flag as only tricolores were fielded in 1815, with the exception of the Swiss regiment. In this way you can represent some 1808 uniforms in the 1815 campaign without feeling too guilty and using the first boxes of frenchVictrix and Hat ...

Once more I think Hat goes well with the larger Perry range, specially if you mix heads. 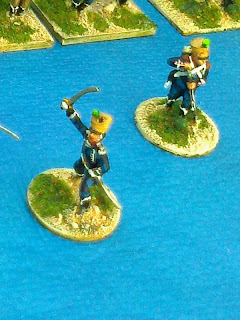 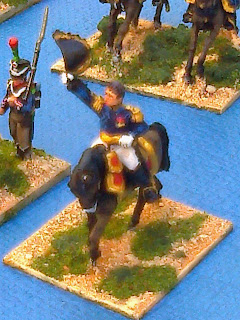 A metal "General Jeanin" from the Victrix range. This is a lower ranking officer transformed into a general with the aid of GreenStuff applied in the waist and hat. 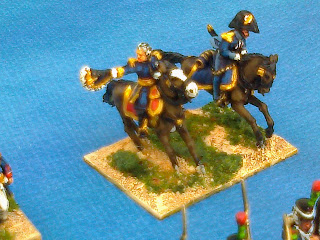 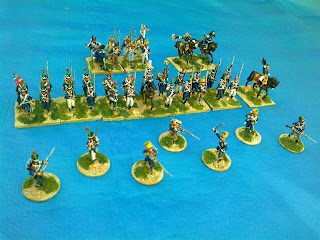 The full division and corps commander. There are no skirmishes in the AOE rules but i´m doing some for each brigade as may appear a Regimental AOE for napoleonic rules as happened with ACW Fire and Fury rule set. But specially they are funny to make.

Posted by João Pedro Peixoto at 17:59