A small detour on a new unit in 28mm for the Waterloo campaign, just fresh out of the paint brushes.

With my French and Prussian army accelerating to completion, the British have been left aside. That red and grey is not very appealing but the Coldstream guards in those white trousers bring a little bit more of colour to the shelves. 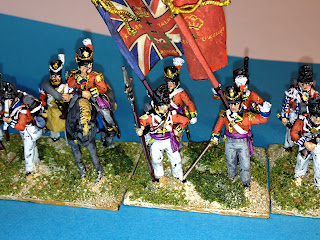 The command figures were extended over three stands as there were a metal officer on horse and a pioneer as well as the usual flag, drum, NCO and officer to be placed on this elite unit. 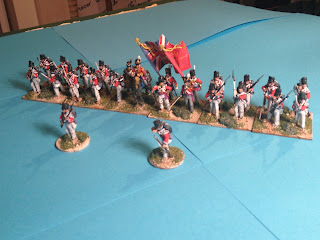 The figures are plastic and metal Perry Miniatures. The skirmishers don´t count in AOE brigade level rules terms but are there just in case another level rule set is used. 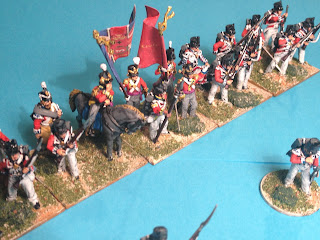 The flags were printed from the Warflag site. Thanks for all those guys that for nothing in exchange leave fantastic material for others to use. 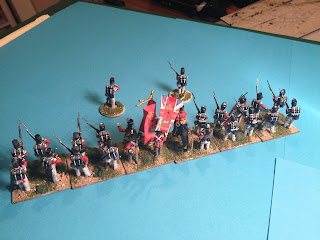 Posted by João Pedro Peixoto at 12:22