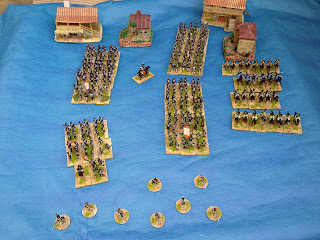 The larger houses at the far end are paper typical houses. I have these since I can remember and recently they were based and retouched with paint and PVA glue. They are Ok for places like Santo António do Cântaro and Pendurada, the places from were Reynier columns left for the attack.

The smaller houses are resin made and were bought in a Serra da Estrela handicraft shop and repainted. 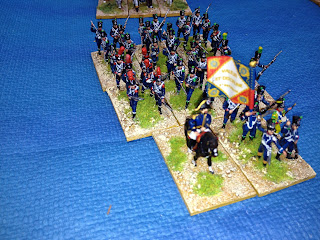 Here it comes Gen. de Brigade M.S. Foy ahead of his 17eme Légere, after being spiked by his superior officer, Gen. Reynier, to attack. Most of the figures are Italeri and Foy itself is based on the Airfix American officer of the war of independence. 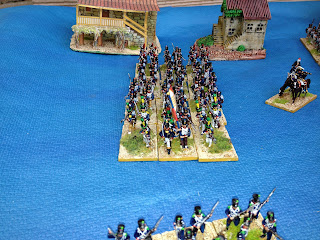 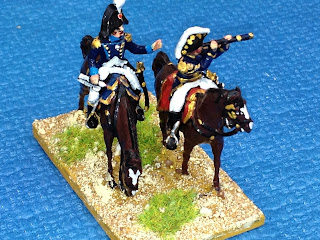 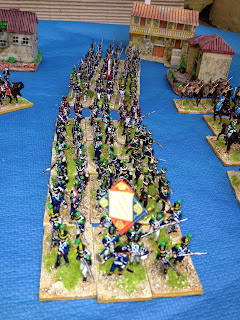 Arnould Brigade: 31eme Légere ahead (most of the figures are Zvezda and Esci and Airfix Imperial guardsmen with ESCI shakos), 47eme Ligne following (Hat). 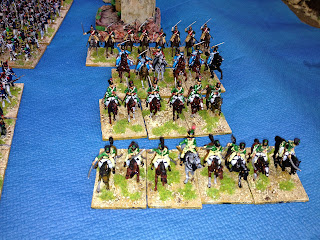 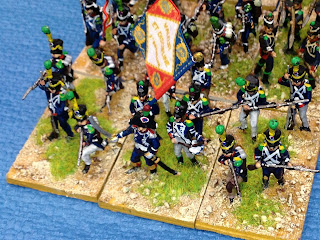 Tête de Colone of the 31eme Legére.  The ESCI and Airfix guardsmen are great for light or line elite companies when shakos are placed on them. 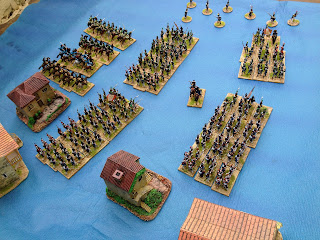 Posted by João Pedro Peixoto at 15:36