This is the last infantry division missing from the total of nine used by the French at Waterloo. 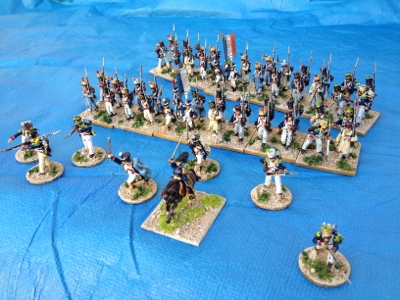 Simmer (19th) infantry division was used against the Prussians on the right flank.

Most of the figures are Perry Miniatures. 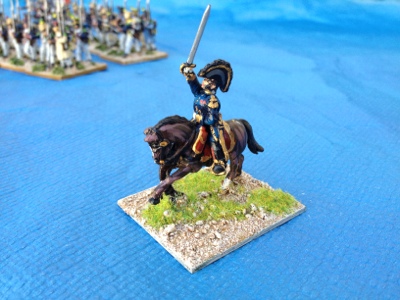 Simmer figure is a metal Irregular Miniatures with plastic arm and head from Perry. 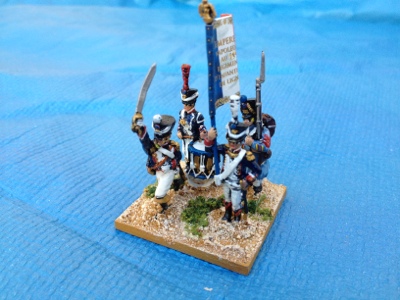 The command stands have a metal Irregular Miniatures officer and a drummer and flag bearer from Hat. 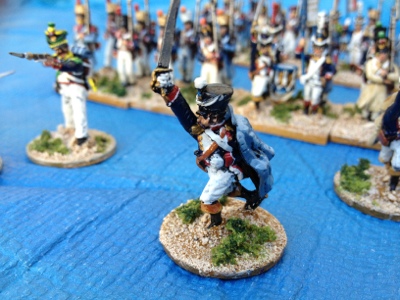 The charging markers officer (Irregular) have Victrix coats glued to their backs. The coats  were taken from the Imperial Grenadiers box. Irregular Miniatures portrayed a light infantry officer as you can see by the cuffs but I didn´t change it as there was some indivuduality in officer´s uniform and probable transfers from unit to unit. 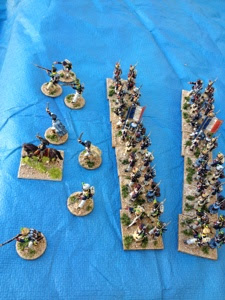 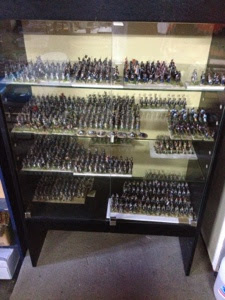 The still missing units of my Waterloo French army are the  2 Imperial cavalry divisions; 4 Chasseurs à Cheval cavalry brigades and most of the artillery.

Posted by João Pedro Peixoto at 10:29