ACW-Fire and Fury, 20mm- Gettysburg buildings, part 3, Gettysburg college (or the building inside the Kinder surprise)

The Gettysburg college is the missing building for the day 1 in Gettysburg.

I Couldn't find anyone doing this particular building, so mine had to be quite improvised.

Most of this was copied from the back cover of Fire and Fury rule book were you can see Union XI corps being squeezed into town and later into cemetery hill. 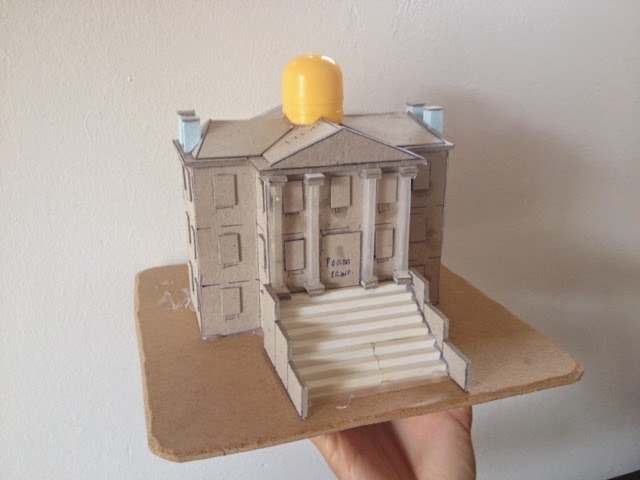 The building is mostly card but this time some new materials were necessary. 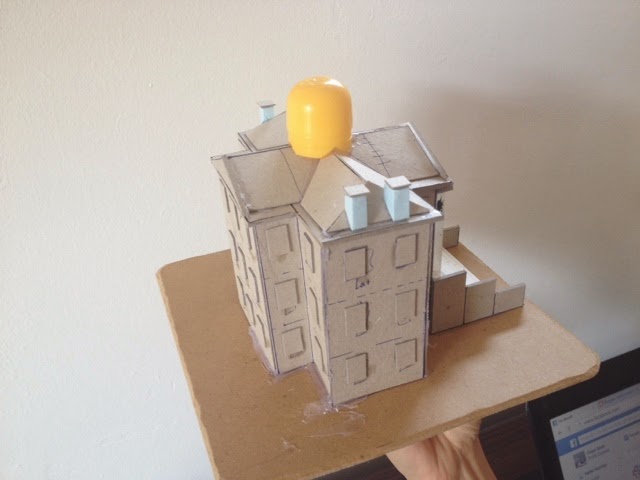 The base had to have enough room for some trees and lawn. The roof dome is a Kinder Egg cut to the shape of the cruciform roof. 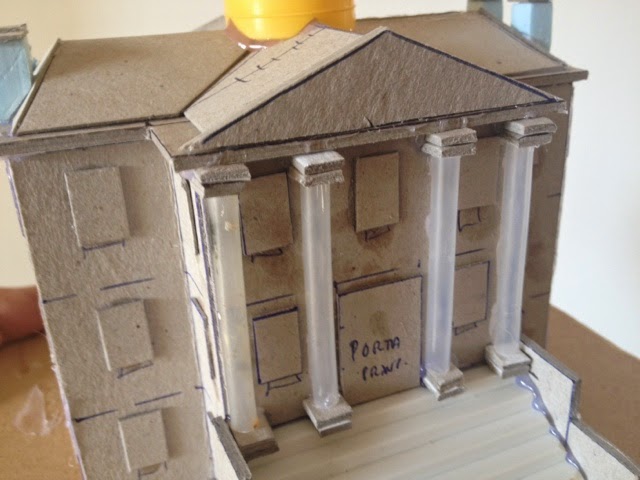 The columns are those plastic tubes that come along with brushes. In the beginning we all say "I solely swear to use these plastic tubes after every wash of it's fellow brush" but we generally discard them after some usage. So they can find some utility as architectural columns. 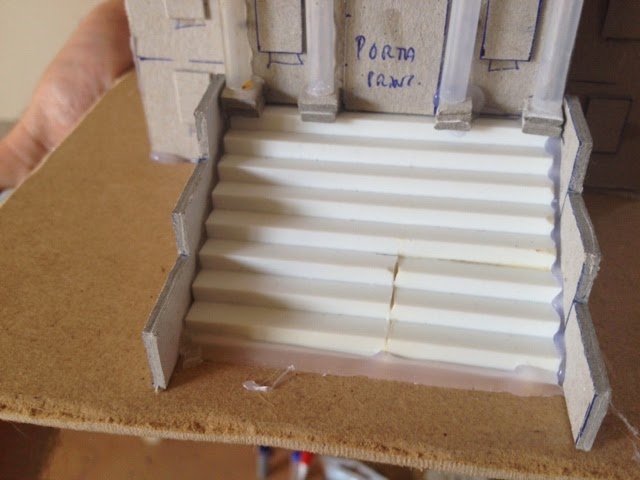 The stairs are some German made hard plastic ones I bought many years ago. They can be easily cut. The kind of expensive stuff that you never regret buying. 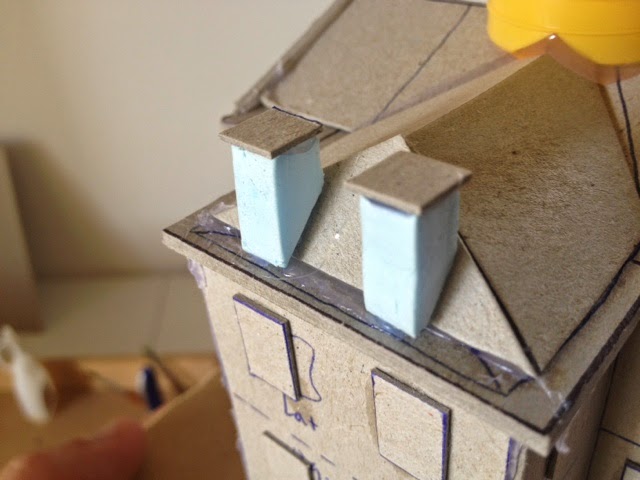 The chimneys are Blueboard cut into shape. The chimneys top is better to be card or other hard material in order to protect the  fragile styrofoam. 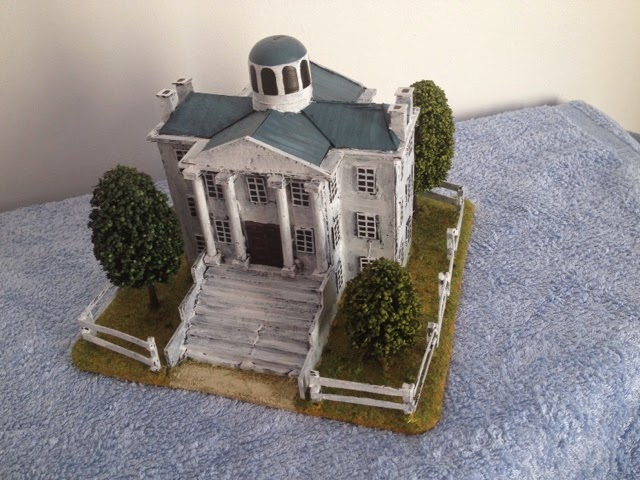 Painting is quite straight forward: Black as primer and white all over. Only the windows are troublesome as there are plenty of them. 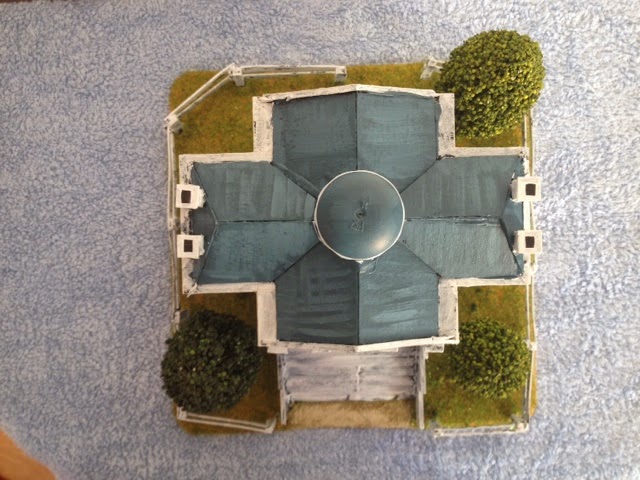 The making of the roof is better to be made this: you built one of the full parts, ex: the longitudinal one and then you overlap the other one. Do it always with hot glue as it will help disguise the many wrong calculations. 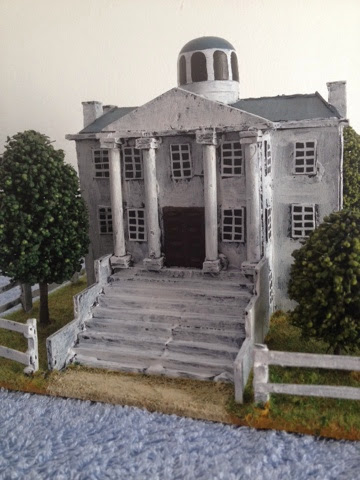 Once again my father's train diorama saw it self without some trees... 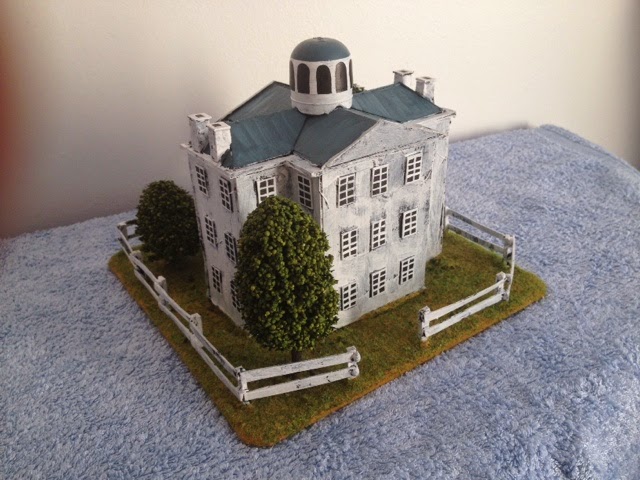 Now for Gettysburg second and third day buildings and structures.

Posted by João Pedro Peixoto at 01:12

Email ThisBlogThis!Share to TwitterShare to FacebookShare to Pinterest
Labels: Fire and Fury, Gettysburg