I've been thinking about Middle Eastern houses and a way to produce a number of them quickly for a long time. For most of the  WWII games you only need a few but for modern games, specially the Lebanon, Gulf Wars or Syria, you need more as the action tends to happen in more urban environment. 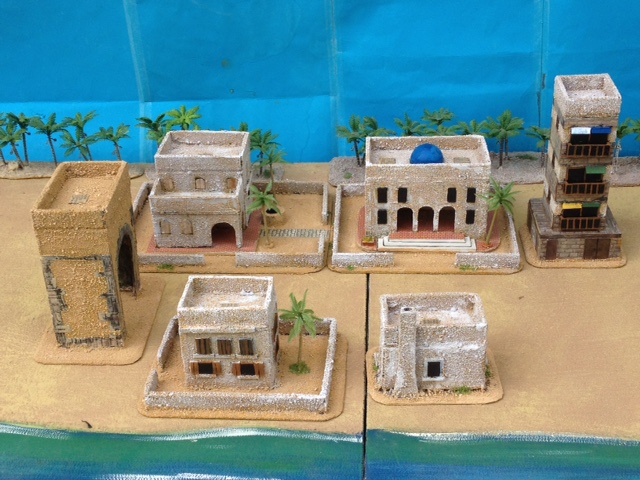 These houses are also easy to build as the roof is generally the most complicated part of a house and middle east roofs are quite simple.

I used several types of card and acrylics textured with sand before drying. The bases are plywood and the palm trees are plastic. For ease of construction most of the windows are glued pieces of card as the defenders can use the roofs or the many low walls available for protection. 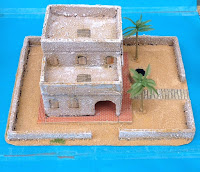 I placed some brick floor I had around in this one to make it look like a richer house. 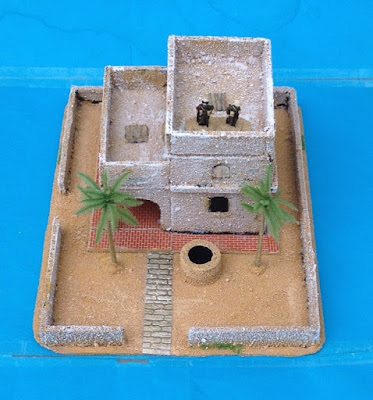 The well is a piece cut from an old hose. 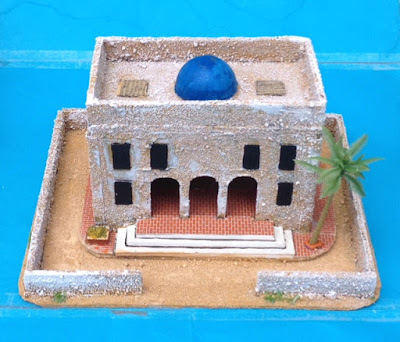 This one pretends to be an embassy or a museum. 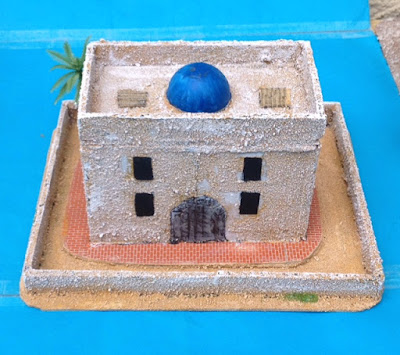 The dome is half of a Kinder Egg. How can a modeller say that chocolate is bad for the health? 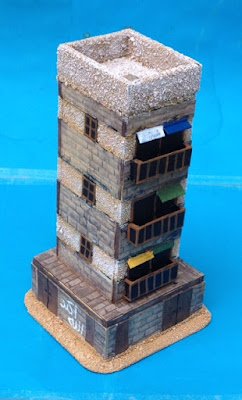 This building is an apartment block of a typical type seen in the big Middle Eastern cities. 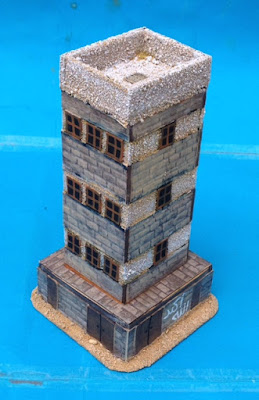 You can see them in Istambul or big cities of the region were some old stone structures are mixed with newer brick or cement ones. 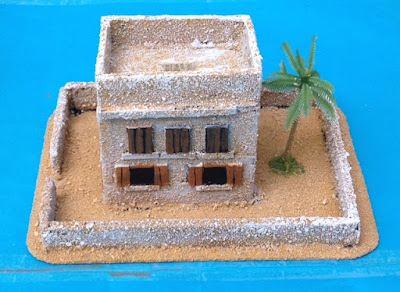 This one is a simpler house but with plenty of places for infantry to dug in. 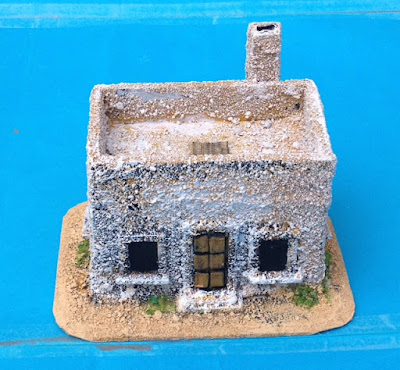 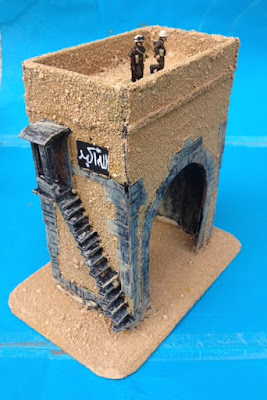 The last one intends to be one of the many arches connecting houses over small streets. 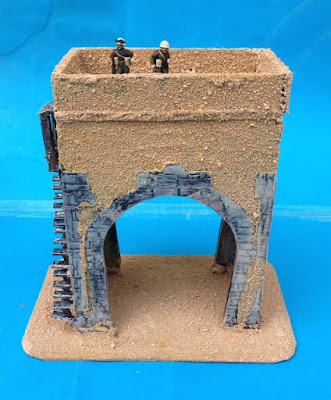 On top of them some Iraqi infantrymen from SHQ survey the area looking suspiciously at the newcomers...

Posted by João Pedro Peixoto at 10:26