A Mosque is mandatory in all places in the Middle East. In fact their minarets is one of the main characteristics of the landscape and they can be recognized for miles. 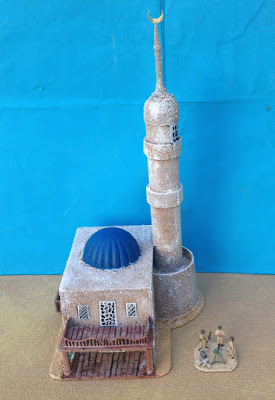 The minaret on this one came out too large. It looks more with a lighthouse than with a minaret.  I only realised that after finishing gluing it to the building and base but then it was too late. At least its sturdy...well, we have to find some satisfaction on our own blunders, right? 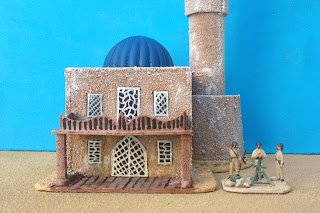 Many Middle East construction have beautiful varandas and woodwork. 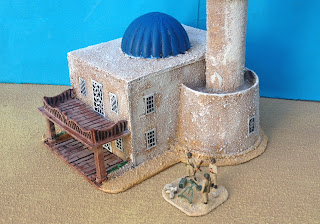 The base of the minaret is a yogurt cup. 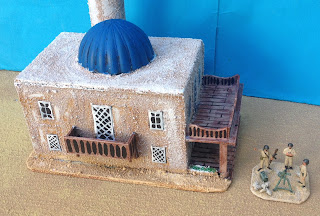 The dome is a half of a christmas tree decoration ball. 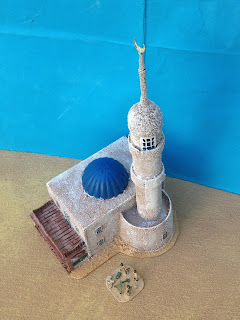 Next: as you fly away from middle east you will go back to Georgia 2008 soon.

Posted by João Pedro Peixoto at 12:15