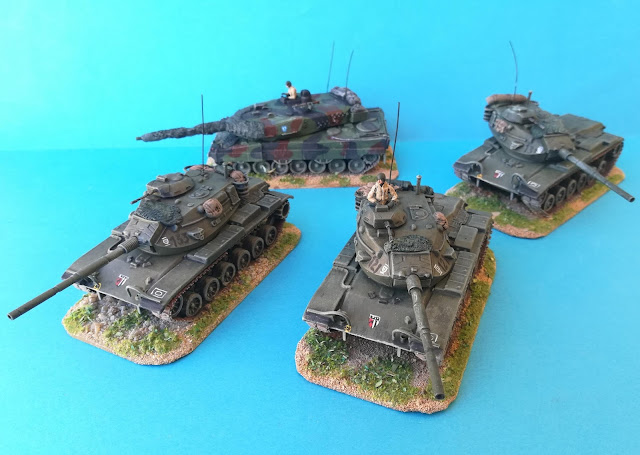 Finally the big secret is unveiled! After my faithful followers having literally filled the Comments on the post 'Guess who's coming?' with the shameful number of one(!) comment (written by me!) I present you today the beggining of the Portuguese Brigada Mecanizada (BrigMec) with the M-60-A3 TTS company of the Grupo de Carros de Combate (GCC), the battalion tank unit of the brigade. This brigade is our heaviest unit and in 2008-09 had two of the M-60 companies replaced by Leopard 2A6 making it a very powerful big unit, leaving only one M-60 equipped company. Other main units of the brigade  are two battalions of Mechanized Infantry in M-113 APC and derivatives and a Group of Self Propelled Artillery with M-109 SPG. Other smaller units like reconnaissance, AA, engineers, services, etc are also available. 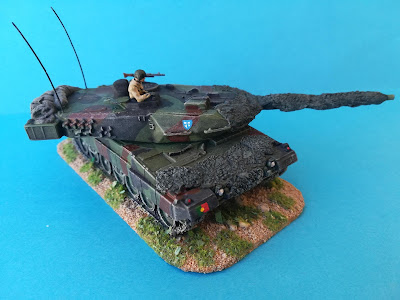 Also made is the CO of the GCC. I repainted this Fabbri Leopard and lenghtened the gun barrel as I made with the German Leopards I showed you a few days ago. I used also the same method of making the camouflage net. 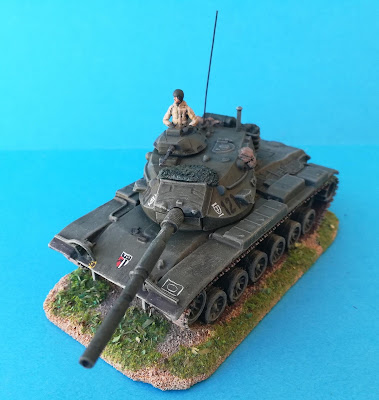 Also from Fabbri are the three M-60 showed. They were also repainted as they are camouflaged originally. Painting these Portuguese tanks is interesting due to a number of nice symbols used: in the turret you can see the BrigMec symbol stencilled in White, and black company numbers; in the front hull you can see (L-R) in black and  yellow the authorized weight, the symbol of the GCC and its tactical symbol. Unseen in the picture is a license plate as we civilians have in our own cars painted in the front lower hull. 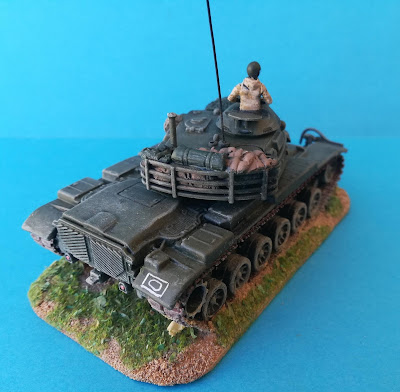 As usual plenty of stowage is also carried in our M-60 tanks in those big rear baskets. 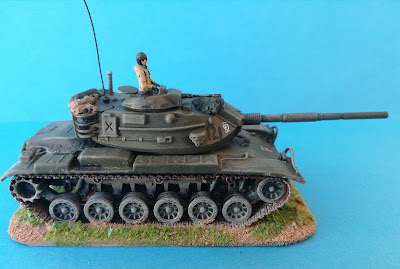 The figures I'm using for  the BrigMec vehicles are coming from the Modern US Tankers of Preiser. The colour for my Portuguese modern AFV's is GW Castellan Green.

Posted by João Pedro Peixoto at 12:28