Rapid Fire! France 1940 in 20mm - Reinforcements for the DI and DCR 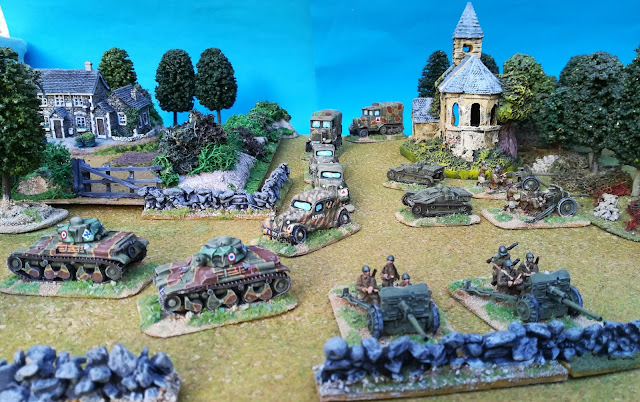 French reinforcements deploy in the road juncture of Vielle Église not far from Stonne and pretty close to Hannut. Well its just some 150km away from each other but doesn't look like that in the picture, right?.

They are Lancer Miniatures with the exception the three Citröen cars. 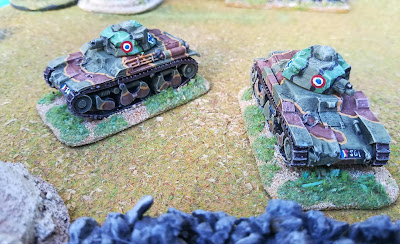 These two Renault R-35 are going to the battalion of tanks of the  DI. I have two other from old Skytrex and, obviously, they are the same models with these two having resin hulls. I painted the turrets with a different camouflage from the hull as French tanks  were painted at factory and different parts of the tanks were also produced in different factories.

The camouflage is based on Militaria hors-serie No 98 Tonnerre sur la Ligne Weygand. 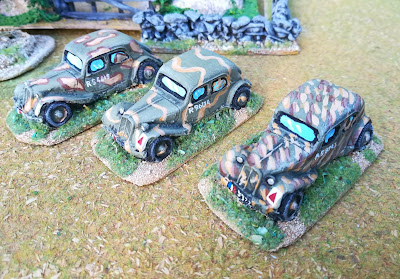 These three Citröen Traction Avant started as destroyed vehicles and parts of resin and plaster home-moulded barricades a friend of mine from Germany sent me years ago. The vehicles were half buried side ways in debris and had no right side wheels. So a tricky process of carving them out of the rubble started to give them a new living look. 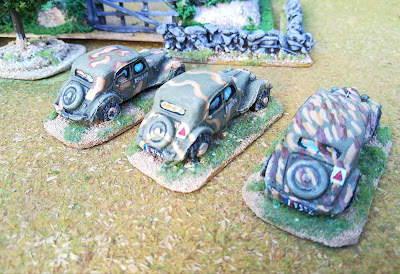 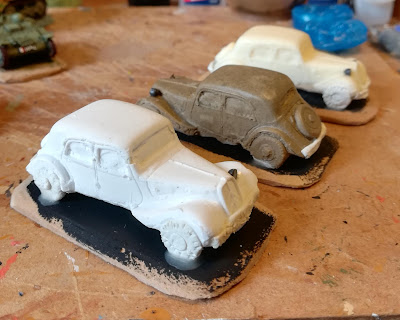 Here is the rebuilding process: new wheels had to be made from two component paste, also lights and bumpers were scratch built. A lot of resin and plaster had to be taken out from the undercarriage but the result became reasonable. In the end some sanding was necessary as well as the usage of static grass to conceal some faults. 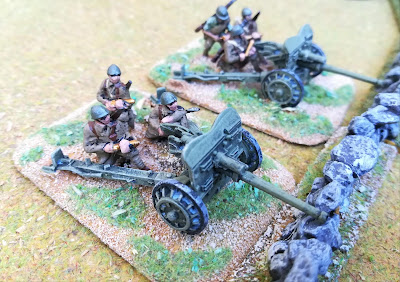 The APX 47mm AT guns have Revell and Irregular Miniatures crew. The Revell minis were born as Chauchat firers and were transformed into artillerymen. 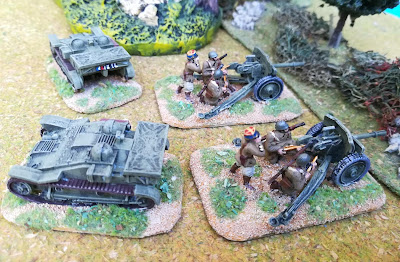 The same happenned to the 25mm AT guns crew. I left the UE Chenillettes plain green this time as something plain green in the French army of 1940 is something different for sure! 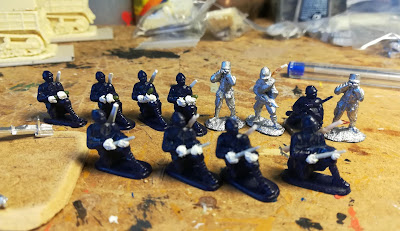 The changes on the figures were the carving out of the Chauchat and the making of some (big) hands made of two component paste. Then the smallest rounds of ammunition I had in the spare box were used for the 25mm gun crews and some a bit larger for the 47mm gun crews. Finally some rifles were glued on the back of all crew. 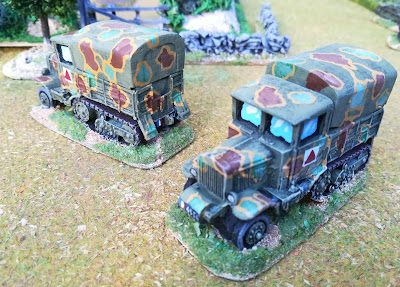 Finally I painted the two last Somua MCG5 for the towing of the 105mm Schneider artillery pieces of the DCR. Same camouflage as on the other one for the sake of unit uniformity.

Next: Most probably French cavalry for 1940

Posted by João Pedro Peixoto at 13:39