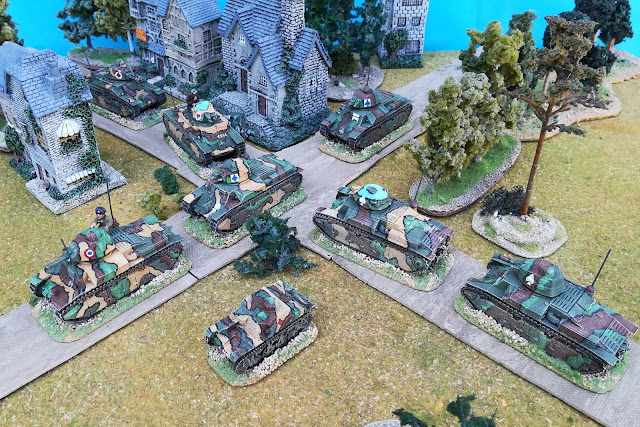 In the crossroads of Maison Gris (don't look for it, I've just made it up) the D-2 tanks of the 19e BCC of the famous Gen. De Gaulle  try hard to join its parent tank division, the 4e DCR in the fightings around Montcornet.

The 4e DCR is probably the most interesting French Division of 1940 to be portrayed on the tabletop. Not only fought very well for the entire campaign but also had an assortment of tanks that makes it unique: Char B1, D-2, R-35 and Somua S35. Its Chasseurs Portés were carried in army buses which makes them very interesting and the subject of another article. 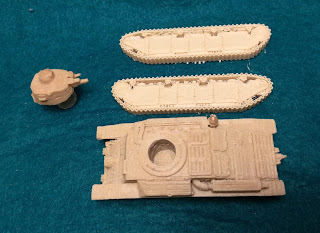 But were did these D-2s came from? Well they came from Portugal itself and from a recent company that produces them in 1/72nd scale and in 3D printed plastic called MiniGeneral. You can find them in FB under the name MiniGeneral by Sirocco. The prices are very competitive, less than half of a resin or metal equivalent from another brand. The models are multi-part in order to have less printing issues specially around the tracks as it was explained to me by the nice owner of MiniGeneral, Pedro Pato.

There are still some printing lines but much smaller than in other companies as each of these models use the smallest available printing gauge and spend several hours under the printing machine. As usual with printing many scales are available.

The list at the moment is focused on the French campaign of 1940 with plenty of French, Belgian, British and German AFV's. But nothing better than you see it for yourself on its FB page. In the future it will have plenty more stuff and many new periods namely other WW2 periods and the Portuguese Colonial Wars in Africa 1961-74. 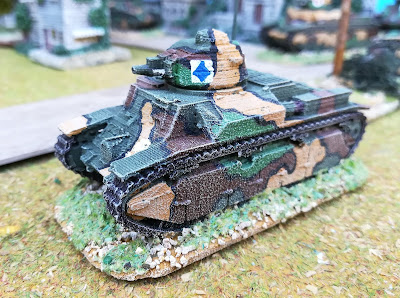 The MiniGeneral D-2 has both versions of the 47mm gun, in this case the short one, the SA-34. 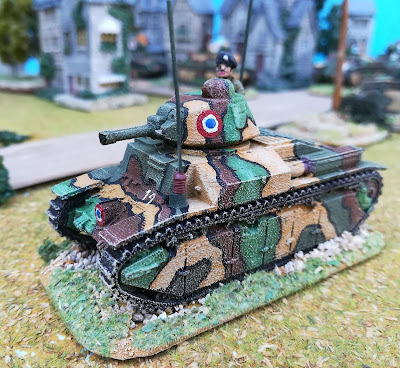 And this one the long SA-35 47mm gun. To this command model I only added the crew member (Lancer) and an extra front antenna. 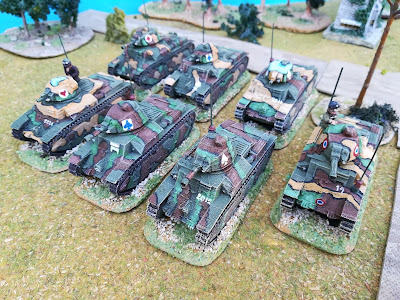 The camouflages comes from the Minitracks No 9, an excellent essay on the Char D-2 from the late Pascal Danjou. I didn't use the older more complex schemes with plenty of colours (including violet, but that was tempting) and used the more recent and closer to the actual fighting. 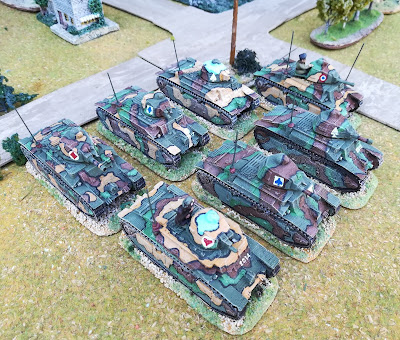 Another view of the lot. The models paint extremely well and the grainy look on them is due to the GamesWorkshop primer I use. 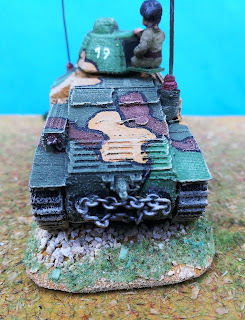 The only addition I made in all of them, apart from some crew and antennae, is the rear towing cable from Artesania Latina. 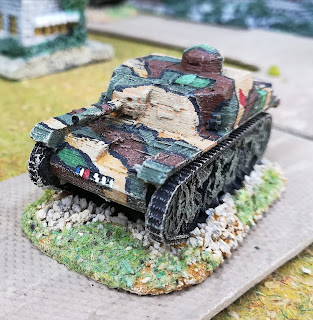 Not for a DCR but for my 3e DLM, MiniGeneral also produces all AMR 35 variants, including this ZT3. 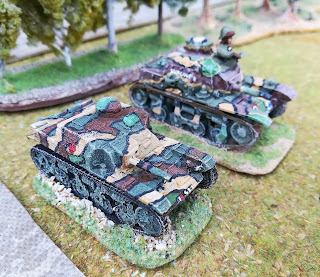 The one on the left is a real ZT3. The one to the right is my scratch built version, built clearly around Christmas time. 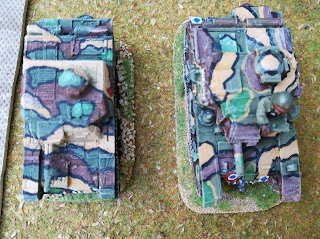 Mine is obviously too big but it will continue to soldier in my shelves as they will not stay together in the same unit, so no problem with comparisons.

Posted by João Pedro Peixoto at 08:44