A Soviet tank force is sent to the border late june 1944 on the news of the German attack...

I`m collecting models for the German Barbarossa campaign for many years both Soviet and German, but only now I felt the urge to build and paint them. My recent Cossack force and aviation also helped. Its another period of history in the middle of many others so probably it will be soon interrupted but hopefully it will start to be a regular item in this beloved blog of yours. 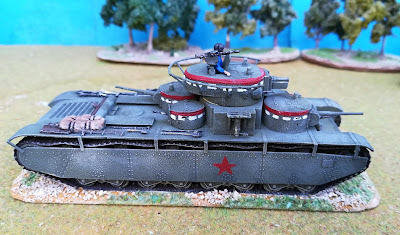 The T-35s are S-Models. Two models in their biggest box of the range. I only added an old figure from Fujimi, the AA DT machine gun taken from soft plastic Esci figures and the usual pieces of stowage. The markings are pre-war but many Soviet tanks still had them in 1941, and like this they are useful for other previous conflicts like the Soviet-Japanese clashes of Khalkhin-Gol or the Finish war. 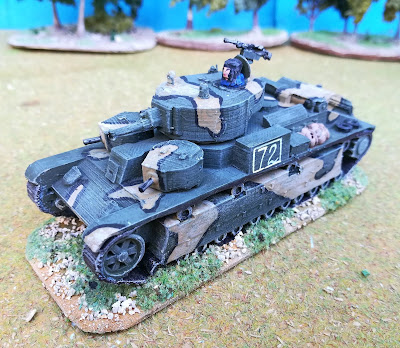 This lonely T-28 in a BPM model with the usual additions of crew, stowage and MG. The camouflage is the 7K Russian tan with black lining as usual in many early Soviet tanks. In fact the Soviets had most of their camouflaged in 7K and 6k colours on the 4BO Russian Green at the beggining of the war. The years of 1942 and 43 saw a decrease in camouflaged vehicles due to the hurry of speeding AFV's to the front and the final two years saw another increase of camouflage in soviet machines. 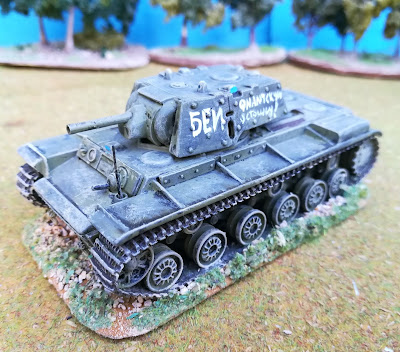 This KV-1 E ("Ekrenami" - up-armoured) is Altaya and has turret sides armoured protections. Not exactly a Barbarossa tank, but I had it around ready for repaint. 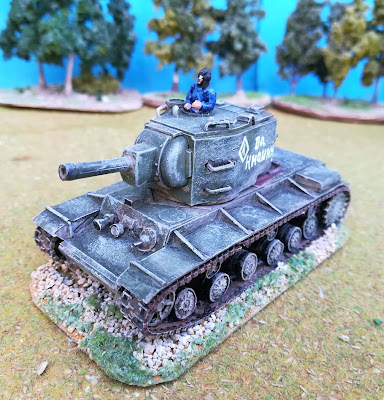 The KV-2's are old Fujimi built straight from the box. 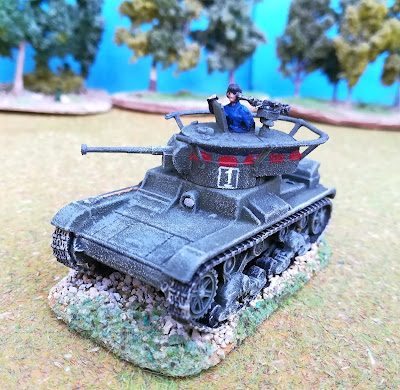 Ups! Upon advice the tip of the 45mm gun barrel is already cut off.
The six T-26 are all Fabbri die-cast repaints in the pre-war markings with the usual addings.

Posted by João Pedro Peixoto at 04:14