Rapid Fire! France 1940 in 20mm - British reinforcements from Minigeneral and a few other bits 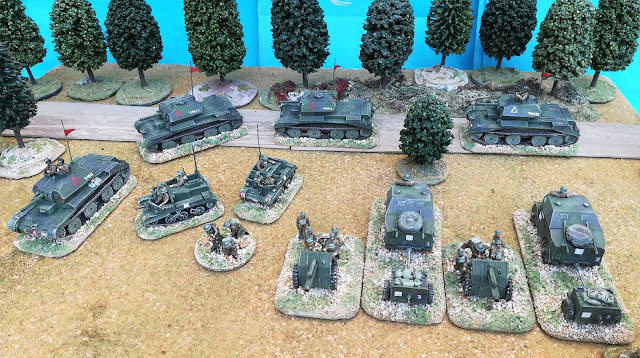 The British prepare another counter-attack close to the village of L'Infanterie-N'Arrive-Pas. Unfortunately for the Allies in this campaign this 'village' happened too many times. 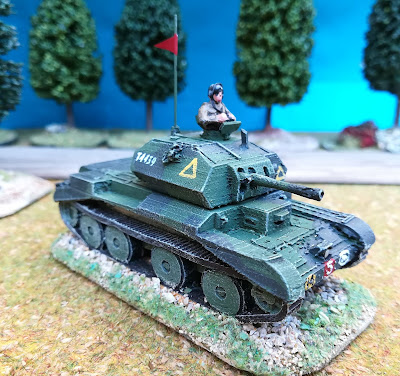 The Minigeneral model of the A13 MkII is a beauty. Finally I can soon finish my 1st AD thanks to the printers of Pedro Pato. Still 13 to go but I hope to have them finished in the next few months. After these still some 15 MKVI light tanks are still missing. 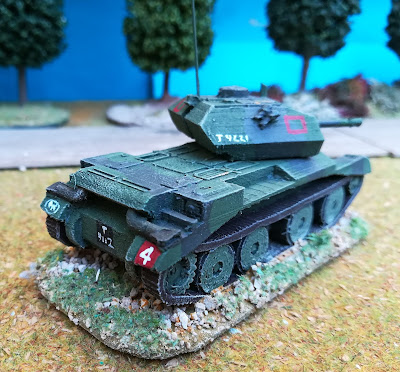 All essential details are present in the Minigeneral model. I just added the usual antenna, crewman and some stowage. 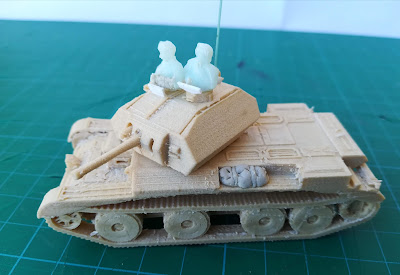 For the crew you just need to glue some new hatches made of plastic. The model also needs some time to clean from the printing fibres but after some 5 minutes its ready to prime. The crewmen are resin copies of the PSC figures. 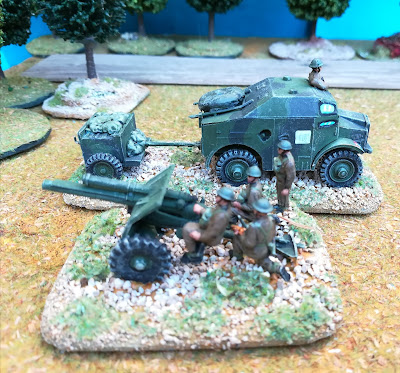 The 18 pdr gun was still numerous in the BEF. I used a conversion from Emhar WW1 model with crew and Morris tow from Airfix. 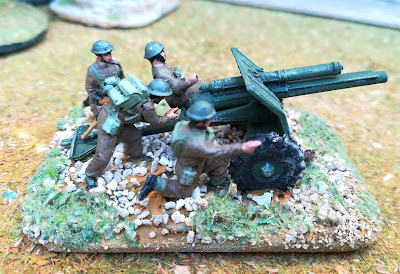 Some artillery men are extras from the 3 inch mortar crew from Zvezda. 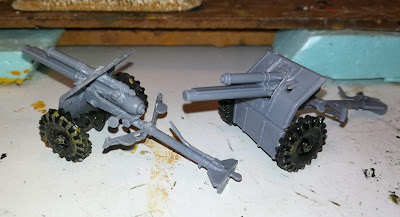 For the WW2 Version of the 18 pdr you need to place the wheels axle a bit down from the original place. I used some old Atlantic soft plastic wheels I had around for maybe 40 years (is it possible? I'm that old?...). 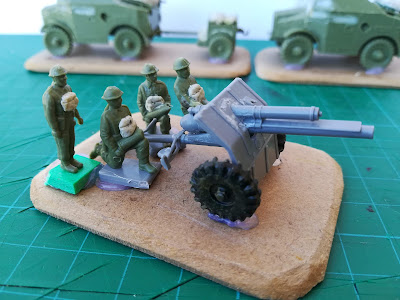 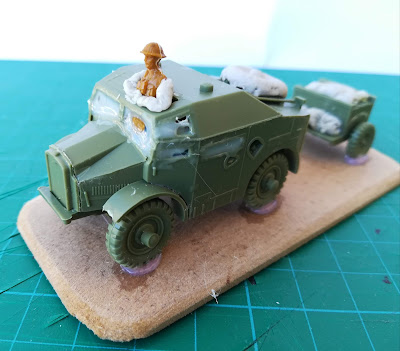 Each of the Airfix Morris C8 had a crewman from Esci with new arms. Also the mud guards of the trailer were carved out for the 18 pdr version and its top desguised with stowage. 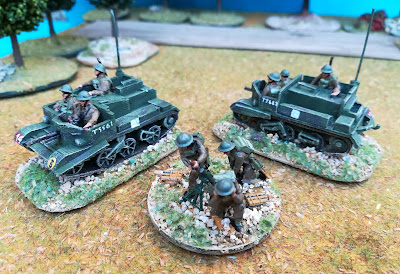 The Scout Carriers are (left) BPM and (right) an Airfix conversion. The 3 inch mortar is Zvezda. The Airfix Carrier (here on the left) is an easy conversion from the original Universal Carrier. You just need to carve the left side panel and replace it with two boxes. To this one I added some front lights, a Bren LMG and an antenna. All crew are Esci with new arms in both carriers.

Next: wether some WW2 desert Italians or French 1940.