Rapid Fire! Belgium 1940 in 20mm - First battalion of the Chasseurs Ardennais with some help from MiniGeneral 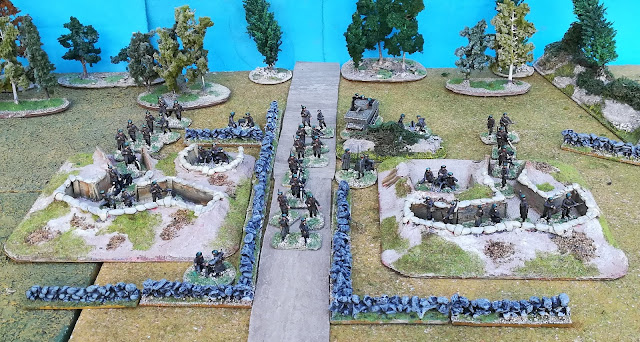 The 1st battalion of the 1st regiment of the 1st division of Chasseurs Ardennais dugs in to receive yet another attack from the German Panzers and Mechanized infantry in the crucial Belgian Ardennes forest.


The idea of making Belgians was out of my scope for many years. The idea I had was that the uniform was the same of the French (at least in 20mm size) and that the black boots were negligible and French infantry could be used instead. Regarding vehicles I new little and they were scarce.  Recently I was reading about the French 5e DLC, which I'm also building, and found that their same defensive places were also shared by the 1st Division of the Belgian Chasseurs Ardennais.
So my idea is to make at least a full regiment of Chasseurs Ardennais. That will cost over 200 figures total as these are large sub-units with companies with 14 figures. Obviously I looked at EWM site who have almost everything you need for Belgians but this amount of figures would come out too expensive even if EWM is excelent and not a very expensive brand with figures around 1 Euro (85 British pence).
So conversion was the way. By looking at Liliane and Fred Funcken books, internet and photographs of my visit to the Army Museum in Brussels and museums in the Bastogne region a reasonable amount of information was gathered. 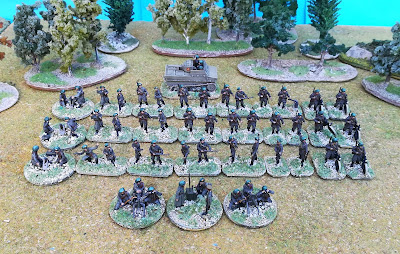 I used for these conversions the Airfix and Revell WW1 German Infantry, Esci Alpini and a few Revell WW1 French. A few more from different origins were used  but more on that later. I chose these figures because their uniform cut is very close to the Belgian uniform as well as the black boots could be easily painted or desguised with paint on top of other different foot wear. 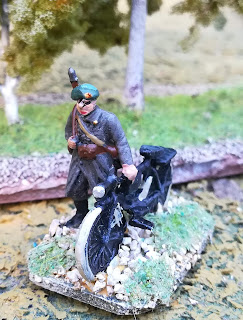 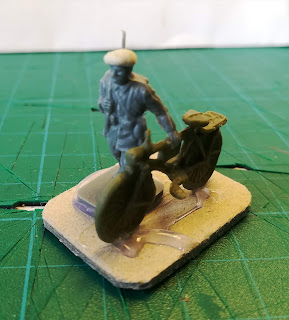 Bycicles came from the German Hat range. The helmet on every figure was carefully carved out and a bonnet made of two component paste was glued with super glue while the paste was drying. This allows you to model the bonnet to its shape and to achieve a good bonding. 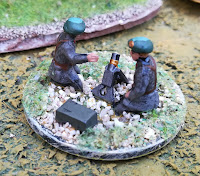 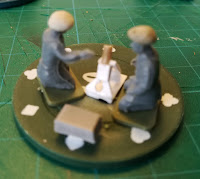 The three 50mm DBT mortars were made with Evergreen plastic card. 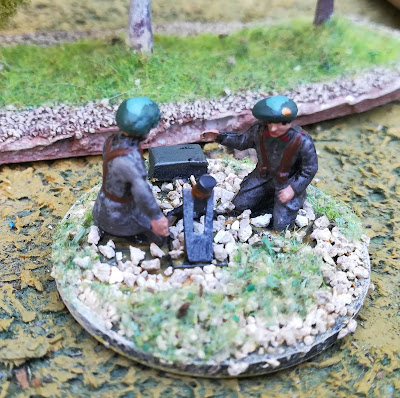 Some arms of the crewmen were bent with the fire of a lighter into a new position. 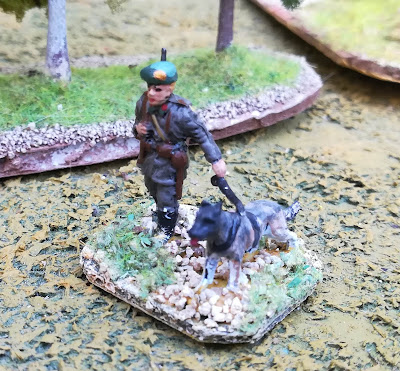 The dog is Revell and I looked for some pictures of the Belgian Malinois breed in order to achieve this result. 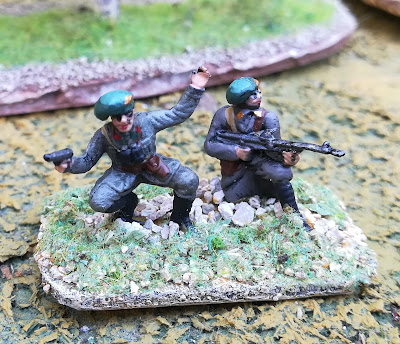 This company command section is Esci and Revell in its origins. 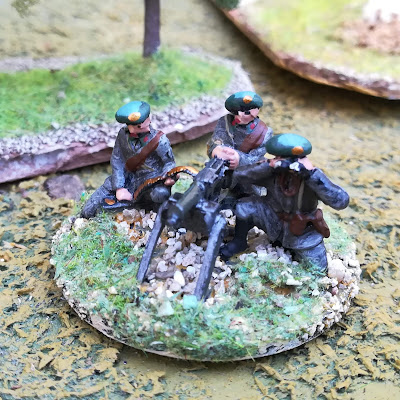 Full German WW1 Revell for the two 08 MMG's. The Belgians got their hands on large amount of German WW1 weapons after the Versailles Treaty and many of them came back to the original owners after German occupation. 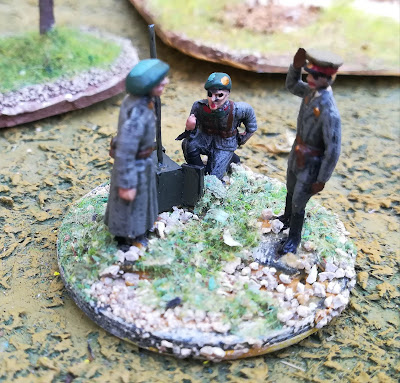 An Airfix WW1 German officer talks to an Atlantic Soviet partner from the infantry. The radioman is the Esci German figure with a new radio with doors. 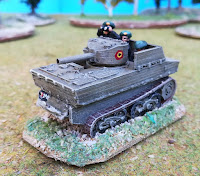 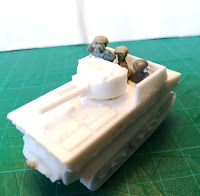 The T13B1 is a nice model from the Portuguese brand Minigeneral by Sirocco. As you can see the detail is all there in a well proportioned and sturdy model. More are on the way as Pedro Pato already designed all types of AFV for the 1940 Belgians. 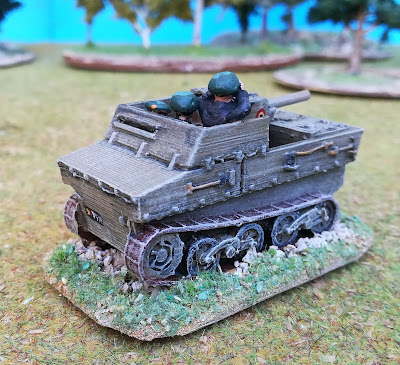 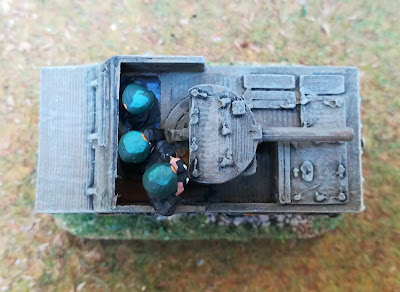 A few torsos and arms were added for the crew. Of course there are still some printing lines but the models from Minigeneral have them very small: this model is some 4cm lenght and the printing lines you see here close to the gun tube can't be easily seen  on the real thing.

Posted by João Pedro Peixoto at 02:24