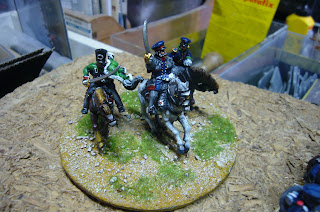 This are some photos of my prussian 28mm army for the 100 days campaign. This one shows Blücher and some of his staff (Perry plastic and Warlord metal). 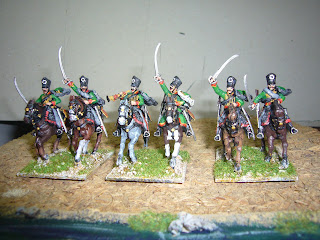 6th Hussar. Perry french hussar with greenstuff on shakos. To make them more prussians i should have not included the pelisses, but i like them this way. 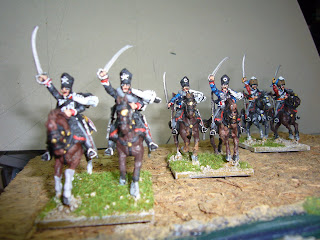 8th Hussar. Same as above, different uniforms that included the famous Death hussars all clad in black. 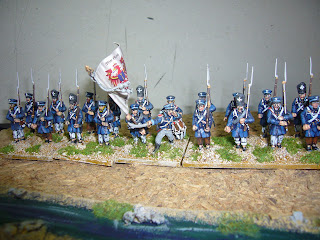 The landwehr are warlord plastic with some metals as command. Some of them have Perry Miniatures heads with shakos replacing the Warlord heads- the wonders of hard plastic... 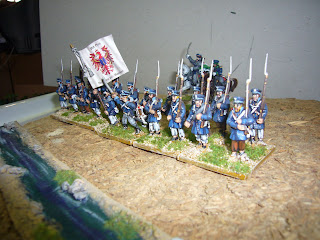 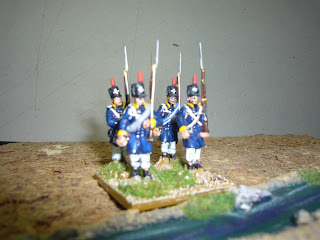 Warlord Landwehr with Perry heads (the wonders of hard plastic i told you before...). 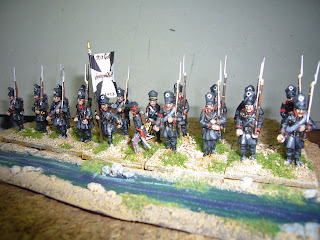 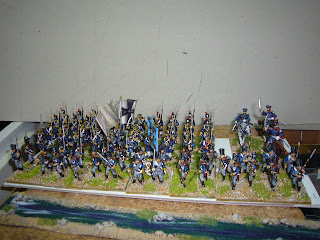 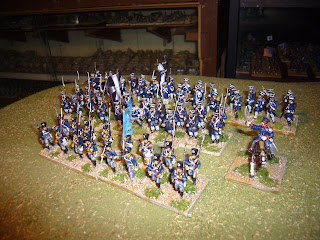 The next 3 pictures shows Pommeranian Landwher made out of Hat 28mm french carabineers and voltigeurs with Greenstuffed coats and blankets. 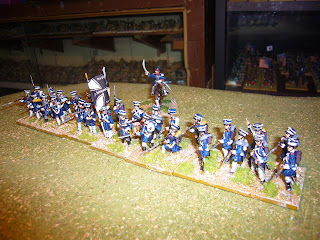 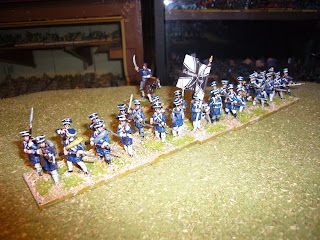 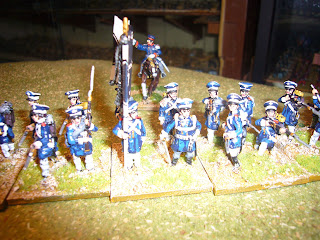 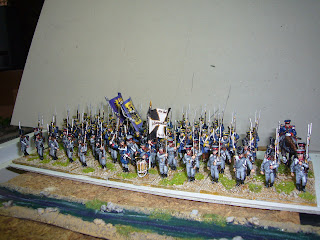 15th Inf. Brigade. This time the reserve infantry is marching Hat french with Perry british burned shakos modelled with the finger to make the landwehr headress. After some practice it hurts no more. 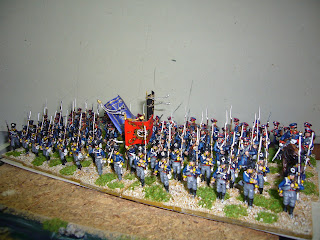 16th Inf. Bgde. Warlord and the Hat prussians for the Line regiment. 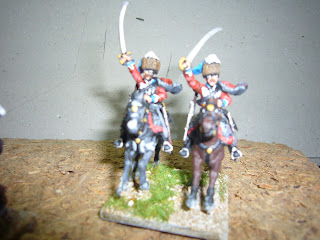 
Next i will show you my French 28mm for this campaign.

Posted by João Pedro Peixoto at 17:35