Now for the last week´s painted Middle Guard Grenadiers. Its a mixture of Hat, Victrix and Perry bodies and headgear- bicornes, bonnets, etc. 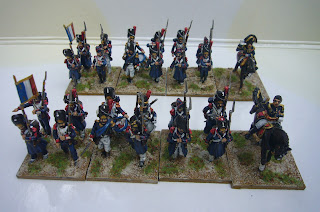 The Middle Guard didn´t seem to have carried eagles but only tricolor fanions, one in each company. 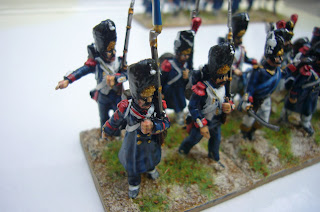 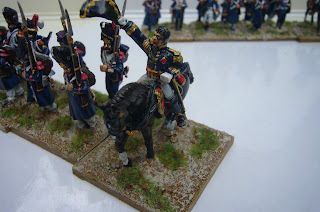 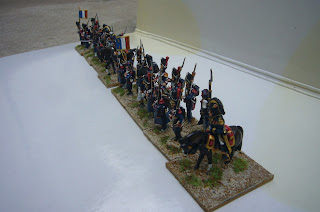 The closer general is a Irregular Miniatures with some Greenstuff added to the bicorne. 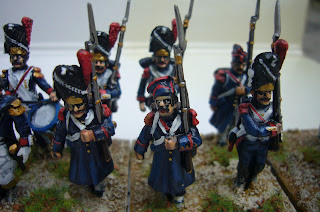 Some of the coated guardsmen are Perry fusiliers. I made two cuts (L shape) at their shoulders and pluggled those surplus  Victrix epaulettes. Easy and "efficace". 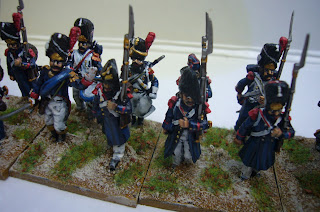 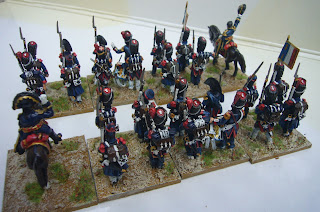 The Middle guard advance on Mont-Saint-Jean in their square anti-cavalry formation. Good luck for them as we know they didn´t have it...
Posted by João Pedro Peixoto at 11:08