Last figures from the painting station:

The Batalhão Académico was formed from students of the Coimbra University and distinguished it self on the conquest of the fort of Santa Catarina in Figueira da Foz and the combat of Pombal during the 1st and 2nd Napoleonic invasions. 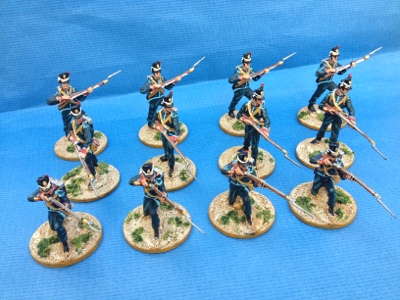 The Batalhão was formed of 6 infantry companies, one company of cavalry and another group of artillery. I don't know nothing both on this unit cavalry and artillery uniforms. Any help?

Posted by João Pedro Peixoto at 06:42