What to do with that sea of plastic armour that JF and JMM gave me?

Normandy ? Ardennes? No, too crowded by now...

Besides most of the kits are Esci and Hasegawa (also some  Fujimi, Matchbox and Airfix) with  that tendency for mid-war period of the older plastic brands...

Tunisia 1943 emerged as the most obvious solution. For the Americans I only had built three M3 Lee fully finished and  based but always wanted to know more about Sidi Bou Zid, Kasserine pass and El Guettar. This was a good way to do it.

After doing some German vehicles you can see in some of the last posts, lets move to the U.S 1st Armored Division. 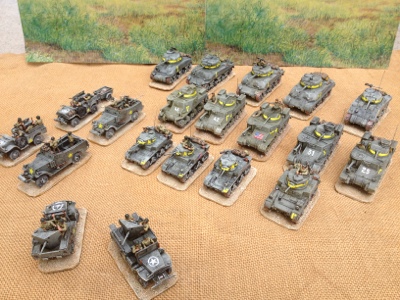 One of the most interesting aspects of modelling this division is the yellow markings on their vehicles. It gives these vehicles a unique looks and the rest of the markings are also visually appealing. 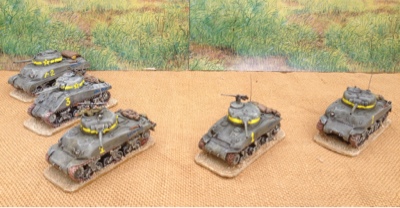 Sherman M4 and M4A1. The 13th Armored regiment had big yellow numbers painted on the hull and small black numbers inside the turret star.

I didn't change the M4 VVS suspension into the M3 bogies as the VVSS were also used as replacements after the initial  heavy casualties, as this photo shows. Then this suspension became famous for many more Sherman types. The only big change was the mantlet that was reduced to the smaller initial version (M34 gun mount). 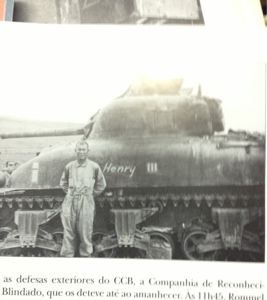 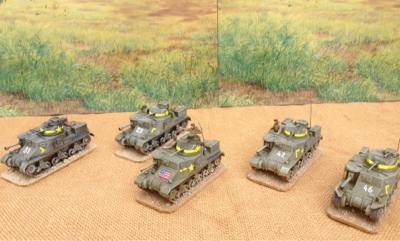 M3 Lee: besides the yellow markings they sported large white numbers in the front hull. 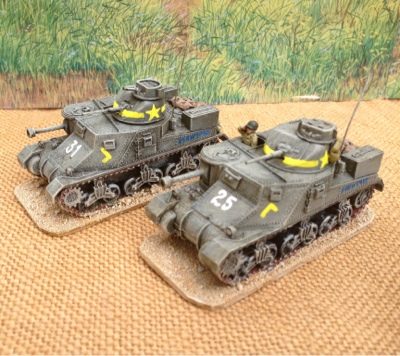 I placed the counterweight at the end of the 75mm barrel as many had so in the Tunisian TOW. 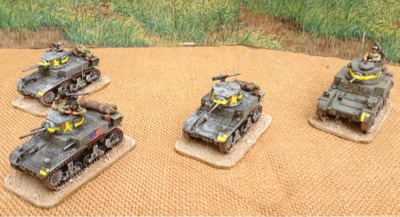 M3 Stuart: these ones had three red stripes inside the turret star. 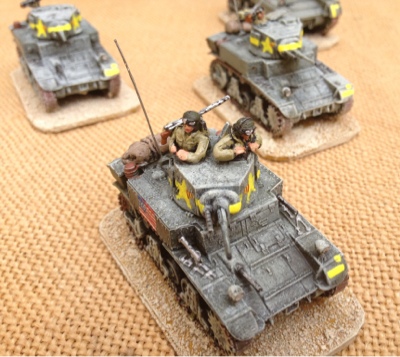 This Matchbox Stuart has a crewman from Hasegawa and another one from Skytrex. 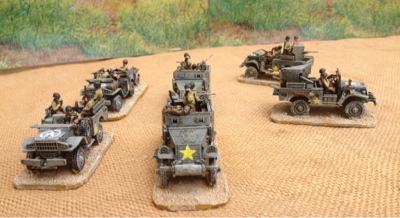 Soft skin vehicles: all are Esci. 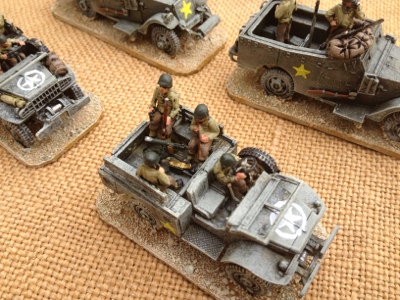 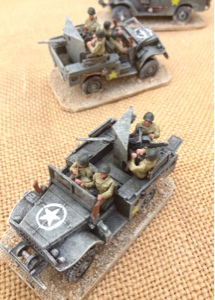 GMC M6 37mm with crews from Esci and Hasegawa. 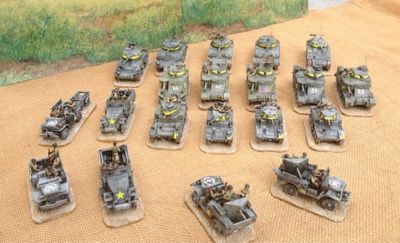 Germans ahead!! Lets get back to Fort Dick, sorry, Dix!...

Posted by João Pedro Peixoto at 03:29