Now the French infantry for the 3rd DIM at the battle of Stonne 1940.


Once again the beautiful village of BleuVille in the background. More cheap repainted Chinese houses make this new neighbourhood.

Somehow these kind of scale houses ceased to appear in their shops, which is a pity as they are useful wargaming pieces. 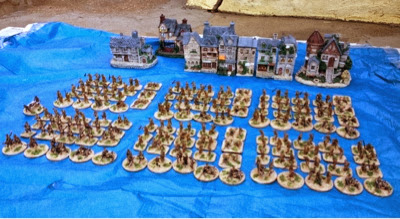 These 6 RF! Battalions of French infantry 1940 are made out of the Revell WWI French, Airfix WWI French, Esci WWII French, a few Japanese WWII from Airfix and many cheap Chinese copies of the Airfix box. 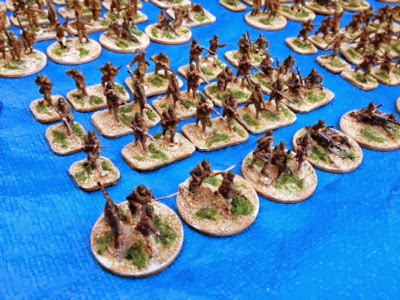 The French infantry in 1940 had a very similar uniform to their fathers of 1918, so the WWI figures are ok for this campaign.

Only some dedicated  figures like mortar crews and LMG's had to be converted. 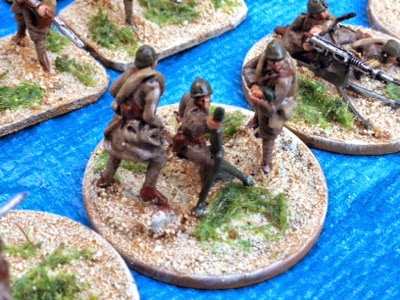 The mortar crew is the basic Esci mortar firer, with the bipod heated into the correct position. The other figures were also converted from the Revell box, by carving the rifle out and using GreenStuff for the mortar bombs. 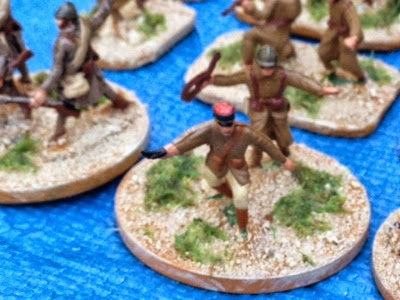 The officers are mainly Chinese copies of Airfix models with their very charismatic kepi. 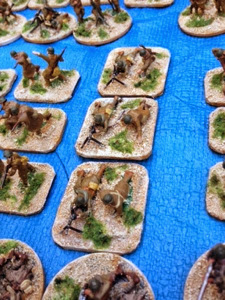 The LMG's are mostly WWI models with carved out  Lebels replaced with Bren to look like the Chatelleraux. The bipods are glued small pieces of plastic. 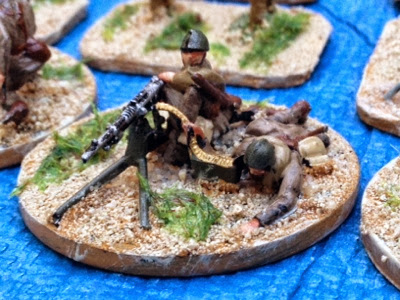 The Hotchkiss HMG are mostly Revell and all support figures were mounted on round plastic pieces. 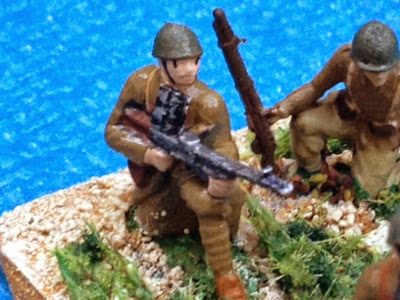 These Chatelleraux LMG's from Revell are made from the original Chauchat with a small plastic box magazine added. 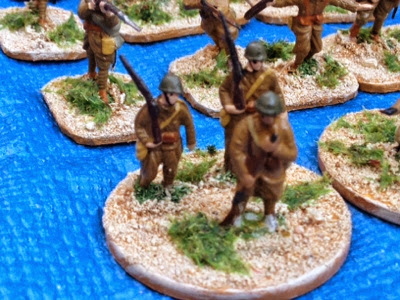 For the command companies some Japanese Airfix and copies with Esci heads were used to portray French infantry wearing the vareuse. 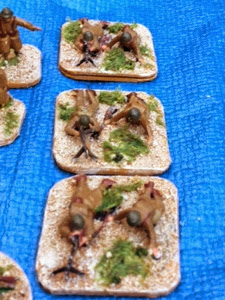 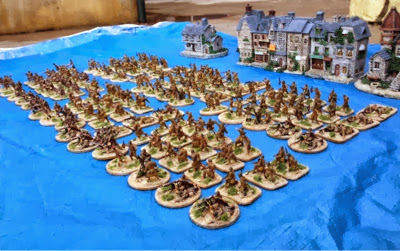 Still 3 battalions to finish the 3rd DIM. Maybe I'll use the more recent Caesar and Pegasus figures with the help of my last few Revell boxes.
Next: Artillery

Posted by João Pedro Peixoto at 10:41