Some 20 years ago I had a beautiful Epagneul Breton called Breque.

I liked this dog so much that if he had lived today I would have made a blog just for him.


When he was growing, along with his teeth, I captured him chewing a row of newly painted Esci Churchill, Sherman and M-12 155mm howitzers.

I had prepared another breakthrough on my Normandy front, this time - stupid me -  on the floor of my basement. This Tiger tank... sorry, my dog destroyed a dozen or so allied plastic machines ( I should have changed the dog's name to Michael Wittman) and the only thing I could retrieve from the battlefield was a 155mm barrel of a M-12.

Funny enough the German defenders were untouched which makes me believe that this dog was pro-Nazi.

I kept this barrel for years on the many storage boxes we all keep just wondering that one day it may be it's time...I didn't even know that this gun was the original GPF 155mm gun used by the French in both world wars. 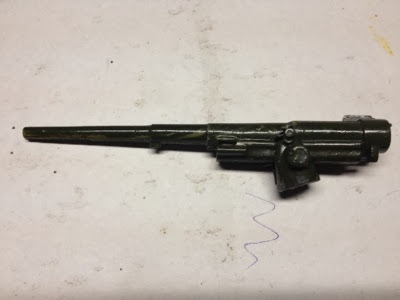 This is the surviving part from Breque's raid, gloss varnished as I used to do in those days. 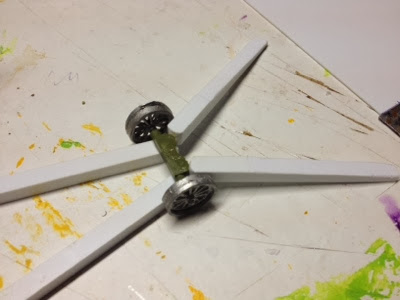 The carriage of the gun was made from two Irregular Miniatures metal wheels from their Useful Gun range, two thick Evergreen rods carved to shape and the central carriage part of a 5,5 inch Airfix gun. 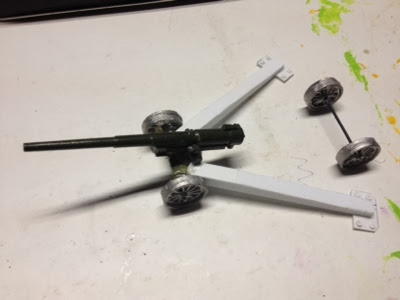 The gluing of the different materials - plastic, painted plastic, metal - became troublesome and hot glue had to be used in order to put together what was becoming a true mess... 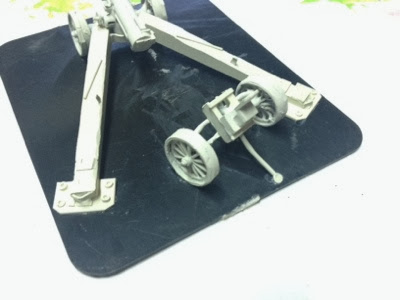 After priming you can see more clearly the Evergreen details using plate, tube and rod of different sizes.

The semi trailer is also based on a pair of Irregular Miniatures wheels. 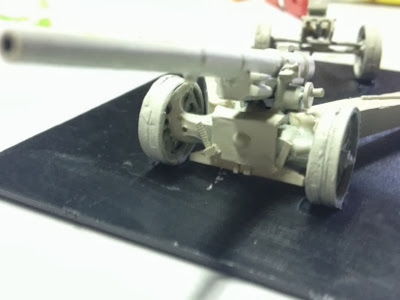 Evergreen again in all small details. This material is an absolute must on modelling and it's also used on the making of the masters of many brands. 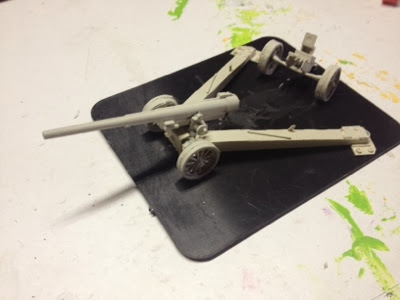 The gun and semi trailer are attached to a plastic base for its final form. 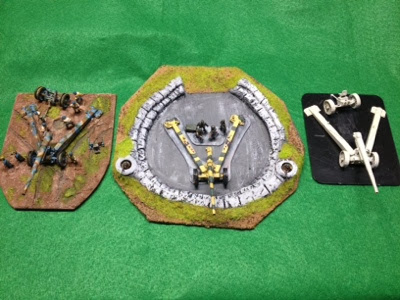 This is the third LPF in my collection: a French WWI, a German captured one and the subject of this post. 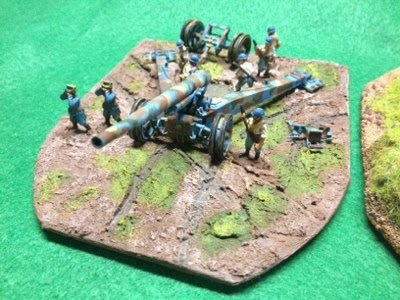 The WWI French is a beautiful Alby kit with Irregular Miniatures crew. This kit was the basis for all calculations on the other LPF building process. 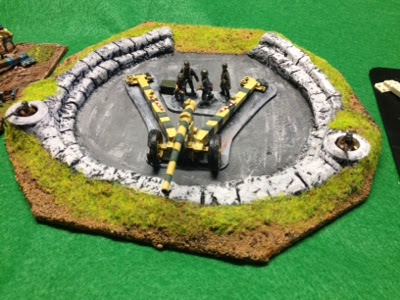 This one is another scratch built effort this time based on a barrel extracted from a Rocco 1/87th scale M-40. It represents Sword beach "Daimler" battery.

Both the gun and the crew have detachable stands.

Posted by João Pedro Peixoto at 08:09