This post is about some changes I made on the A Call To Arms (ACTA) Belgian infantry equipped with the Belgian Shako (based historically on the Portuguese Barretina) in order to produce Stovepipe equipped infantry.

This happened because I quitted waiting for the ACTA British Light Infantry, equipped with the Stovepipe, from my normal supplier. 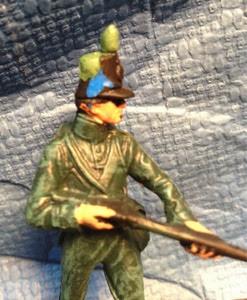 The Belgian Shako had the cords taken out with a X-Acto and GreenStuff was modelled to the back part of the Shako and a pompon was placed in the front. 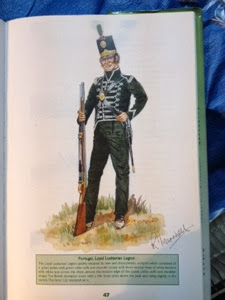 The Loyal Lusitanian Legion was a unit present at Buçaco that used the Stovepipe as it had been equipped in England. 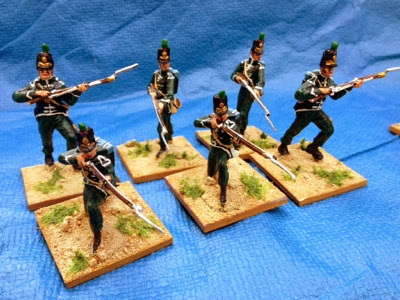 Here they are with the correct headdress.

The ones I painted before were wrong and the best I could do was to paint an old model of Barretina used in 1808. 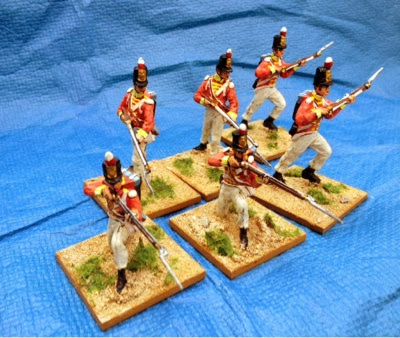 Using the same changes you can also produce the British line infantry as these 88th Connaught Rangers.

The only few other small extras are the woolen shoulders also made in GreenStuff.

Posted by João Pedro Peixoto at 13:07