These are the latest models for my British forces at El Alamein. The Matildas are an extra for this campaign but still useful for other 1942 battles.

Some of the models are still offers from JF and JMM while others were old models of mine I had waiting on the shelves for years. 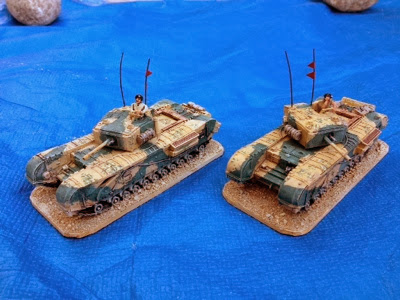 King's force Churchill III (Esci). This was the second time the Churchill was used (first was at Dieppe).

After some research in the web and in some magazines I found that the base colour was green and the sand colour was the secondary one. So be careful as many modern drawings, brands and pictures tend to show the colours in the reversed way. 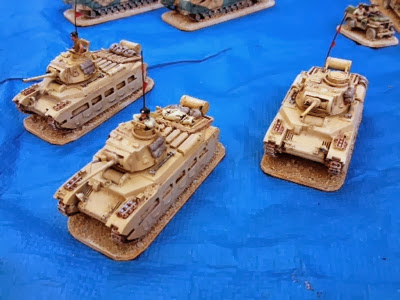 Matilda are Esci with a PSC commander for the closer one. 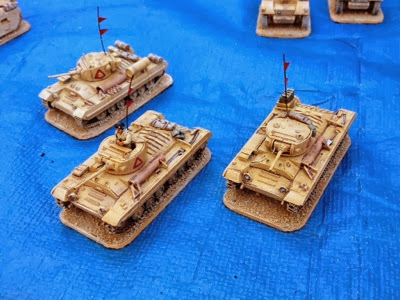 Valentines from Esci and Fujimi.

I tryed a new painting on all these new British AFV's: grey priming; block yellow ochre (Vallejo); brown wash (this is the new part and used instead of black wash) and finally dry brushed white + yellow ochre. This change follows a veeeery close look at the pics on RF! Desert books and supplements.

This kind of changes make some problems but more about this later on. 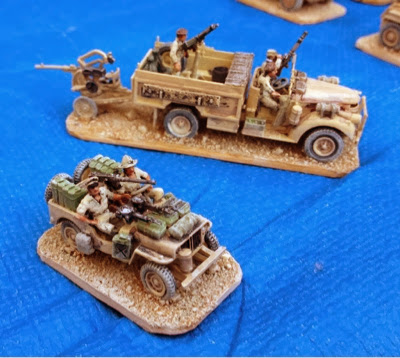 The Matchbox Chevrolet and Willys Jeep of the LRDG. The Chevrolet is towing a Planeta Agostini 20mm Breda. 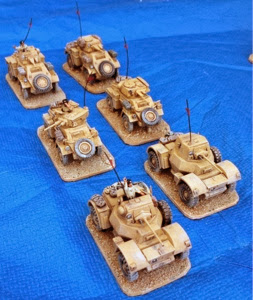 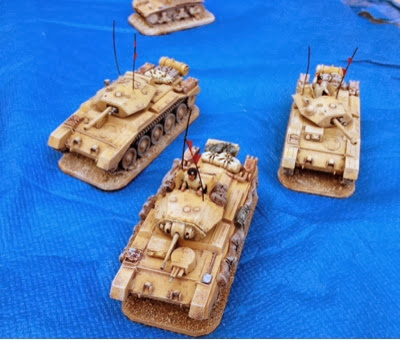 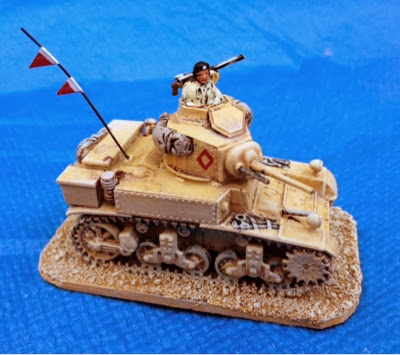 The Stuart from Matchbox with  Hasegawa crew.

I also placed some red pennants on all my British AFV's. These are paper triangles glued to fishing string antennae.

By the way: in order to place the fishing string in the upright position you need to pass your nails vigorously all along the lenght of the string. Repeat this method until it gets straight. 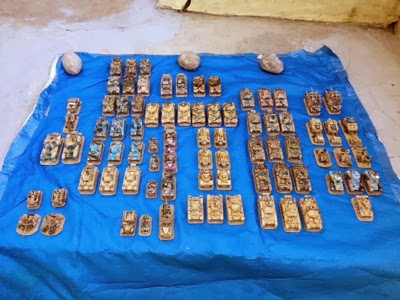 This is my 8th army armour up to the moment.

The annoying thing about stopping an wargaming period and restarting months or years later is that you generally have a mixed bunch of different coloured models  as you can see in this photo.

Even if you use the same colours as before your painting style may have changed and things get pretty varyed and little uniformed. Well... Nothing that you can't survive ... 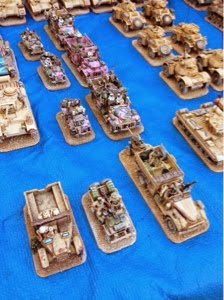 LRDG. More than necessary for the RF! units but simply irresistible.  Besides you can play the original Barce raid from the old RF! Rules book in which the vehicle ratio is 1:2. 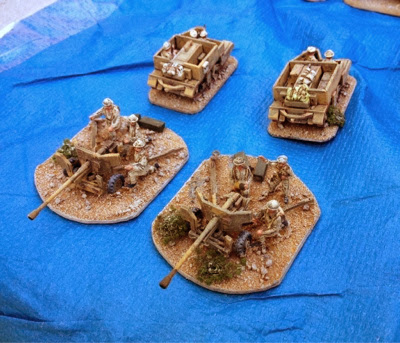 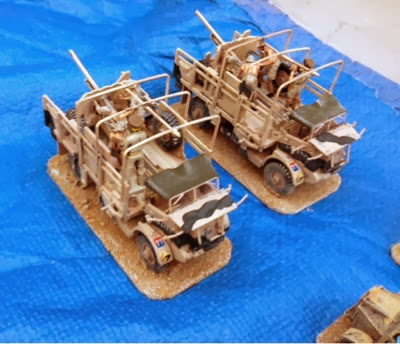 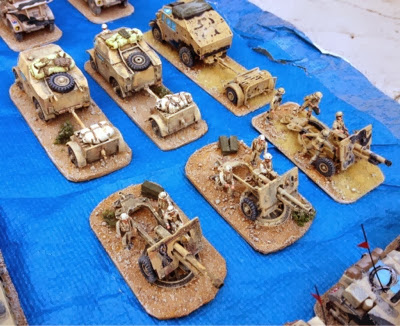 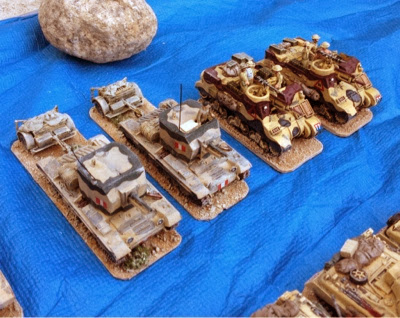 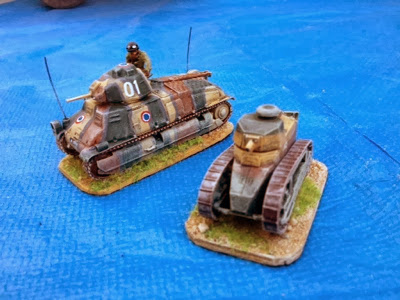 I took the advantage of the big primer cloud raised on my back yard to paint another Somua (Heller) and FT-17 (Matchbox) for the French 1940.

Posted by João Pedro Peixoto at 05:09