And now for the Alamo itself. Although the 1836 campaign is very interesting no one would care for it if it wasn't for the Alamo.

This is a very austere group of buildings of obvious religious influence as the place was a former mission.

I used mainly styrofoam and thick card for the buildings themselves and toothpicks or matches for the wooden parts of the revetments. Some roofs are pieces of cloth painted and textured to look like straw or thin wood.

The Alamo seen from the west (from San Antonio de Bexar). 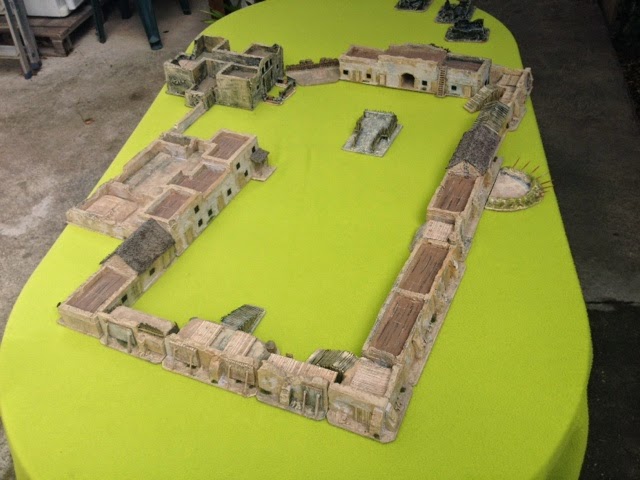 From the south. At the end you can see La Villita. 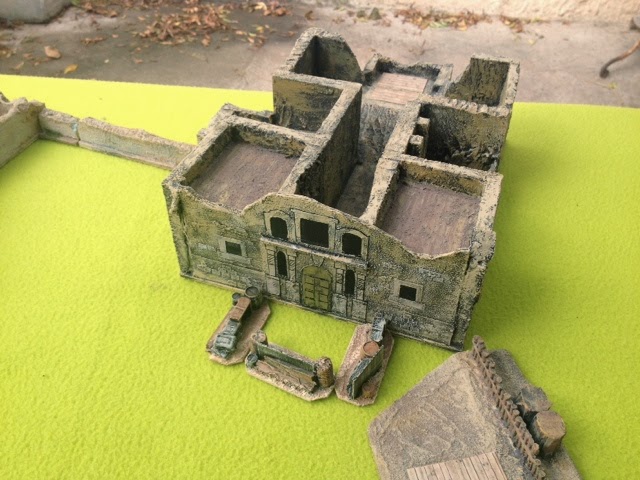 The chapel was completely derelict by the date of events. 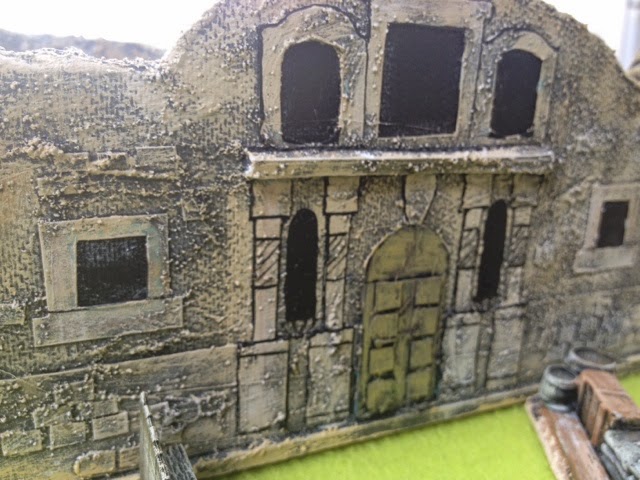 Entrance of the chapel. 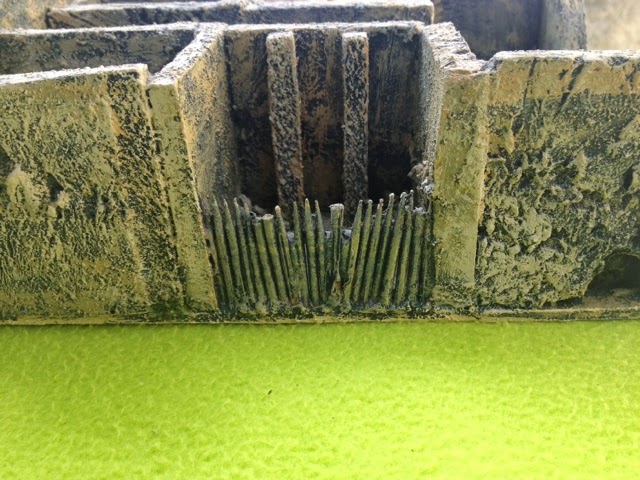 All eventual entrances for the chapel, as well as any of other parts of the Alamo, were blocked to create extra defences. 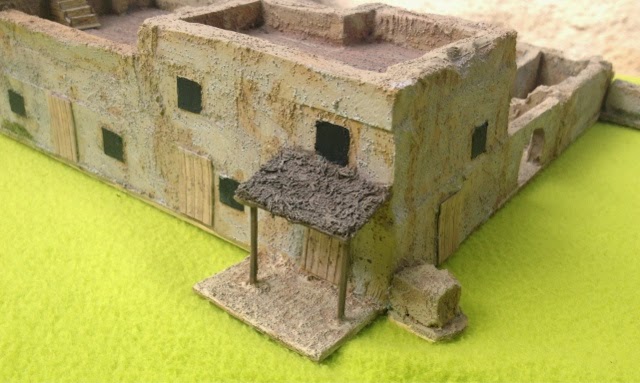 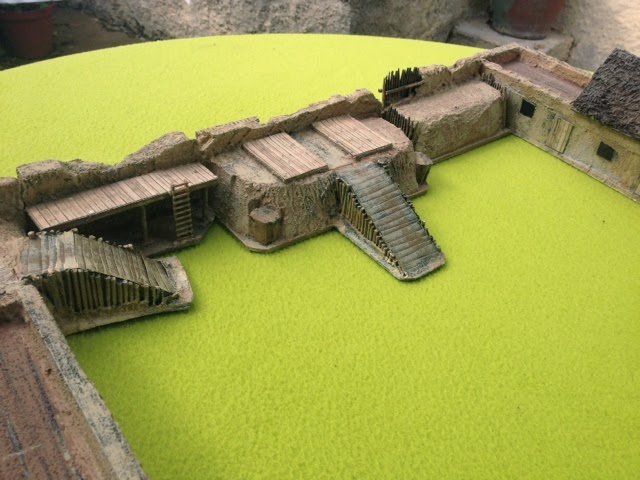 The north wall seen from the square. 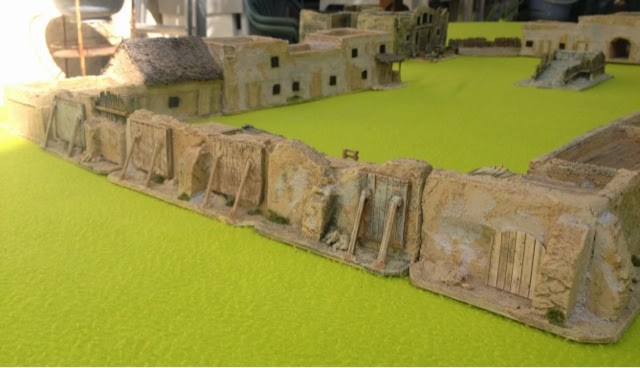 The north wall was in worse condition than the rest of the walls as it served for target practice (???) for the texans before the battle. Yes, not a very clever idea: it was the place of the main attack by the Mexicans. 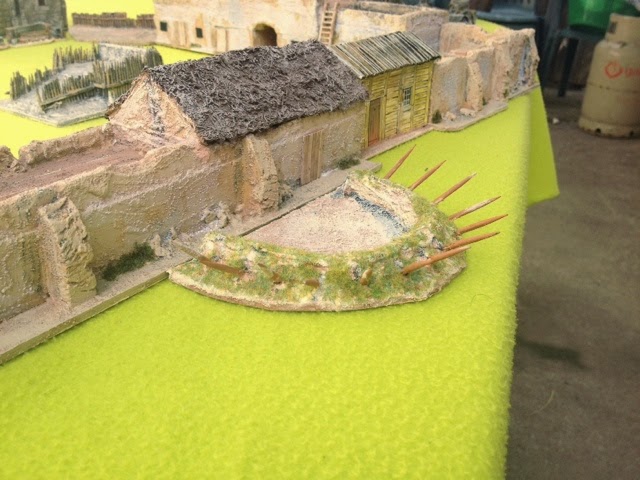 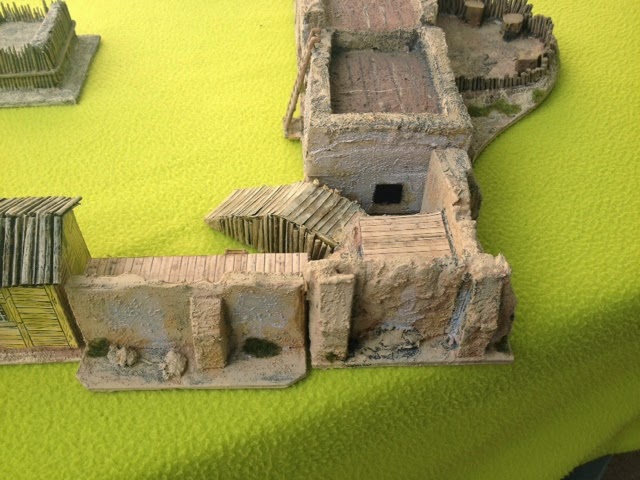 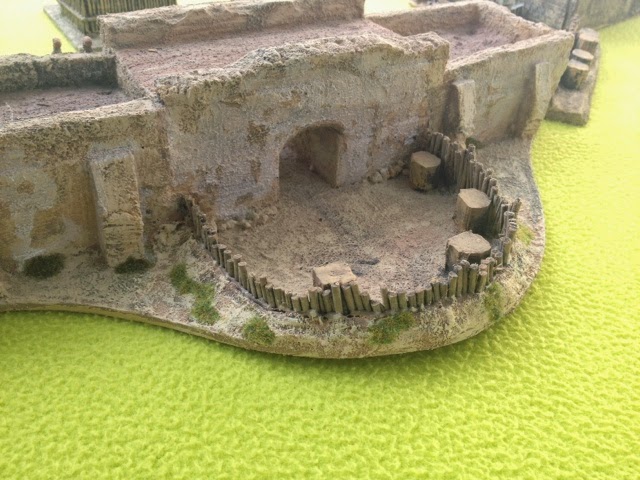 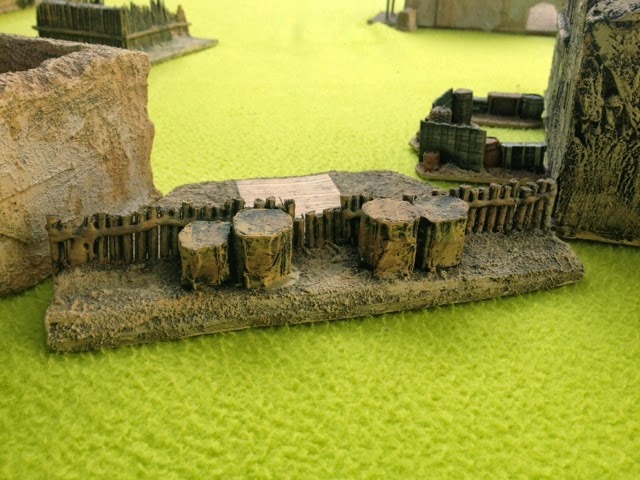 The abattis and defences of the south east gap. 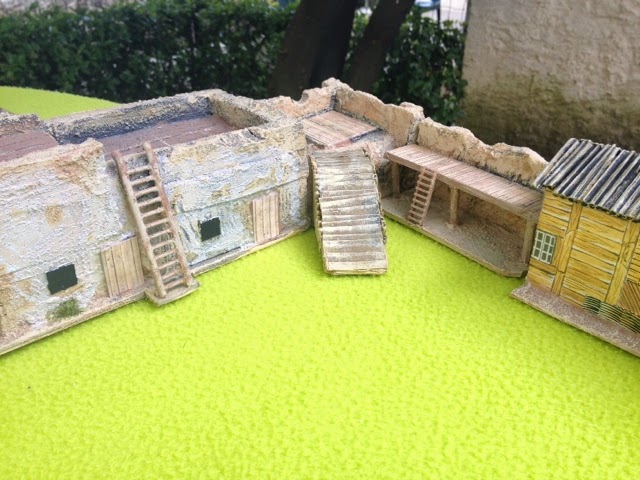 The south west corner seen from the Inside of the Alamo. 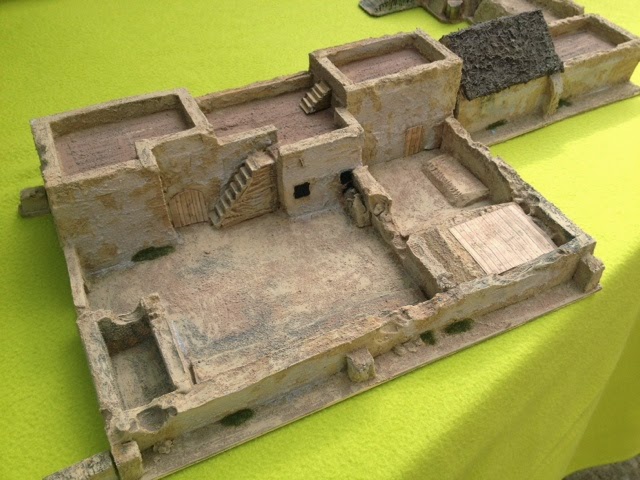 The cattle compound from the Mexican side. 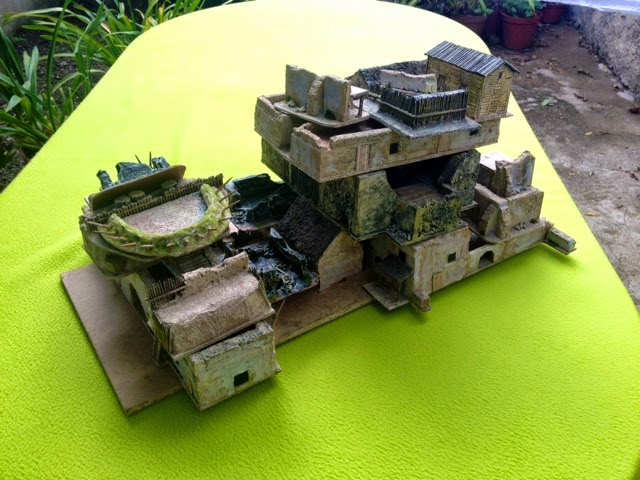 The 17 parts of the Alamo ready to return to the shelves.

Posted by João Pedro Peixoto at 08:36

Email ThisBlogThis!Share to TwitterShare to FacebookShare to Pinterest
Labels: Alamo 1836