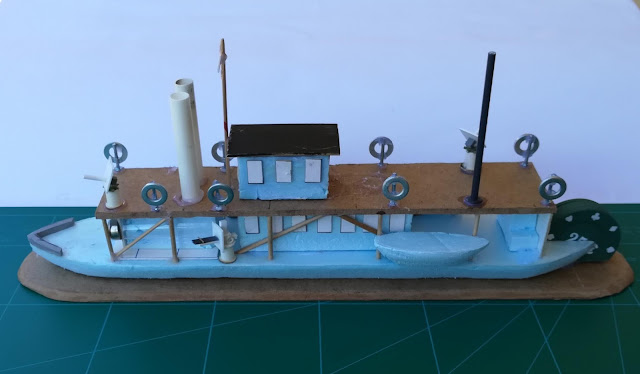 Years ago, after finishing my Anglo-Zulu War figures, I started another campaign were I could use once again the Zulu army without many changes. It was from the idea of reusing the Zulus that I started the actions around the uprising of the Landins and Vatuas (Shangane, for the British) of Mozambique against the Portuguese rule during the years of 1894-95. These African tribes were affiliated with the Zulus and most of its weapons and garments were similar so my 20mm Zulu army could be used once more this time a few years later and a bit to the northeast of Africa. The major battles like Marracuene, Magul and Coolela were big affairs not smaller than most of the engagements of the Anglo-Zulu war of 1879.
The Portuguese army, both the colonial and the metropolitan, had to be made from conversions asnothing exists in 20mm.  First I made all infantry necessary using French Legionaires from Esci and heads from Confederates and Australians and many others to portray the Portuguese uniform in Mozambique. In my help came three excellent articles on this campaign by Jorge de Freitas in Miniatures Wargames No 144, 145 and 146. On those days of 1995 wargame magazines were packed with more information and had less pictures so the total 12 pages of the series gave a good insight of the military actions, organization, equipment and uniforms.  Then with a few extra books, namely the Portuguese Tribuna book 'Moçambique 1895, a campanha de todos os Heróis' by A.J. Telo, photos from my visits to the Army museum in Lisbon and nowadays precious internet, I got the rest of the information.
After finishing the infantry my patience finished too and I moved to something else. With the return to the period I'm making boats, artillery and cavalry so I can have a fair representation of any of the Portuguese Columns of that campaign based for Battles For Empire 2.
The boat you can see is the Lancha-Canhoneira  (Cannon-boat) Capelo. Most of these boats were bought in England and then mounted in their destination. This one became famous by transporting Cpt. Mouzinho de Albuquerque on its daring raid that captured the leader of the Vatuas, Gungunhana. 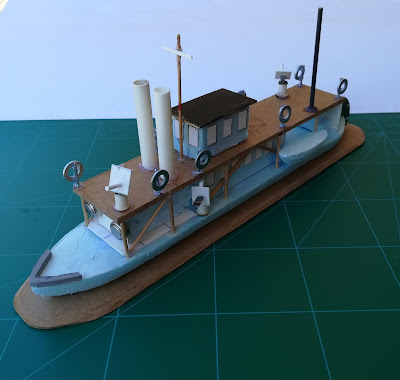 The boat has a simple stucture of blue board carefully cut and sanded to shape. the rest is mostly Evergreen plastic card, some metal parts like nails, barbecue sticks and wood. 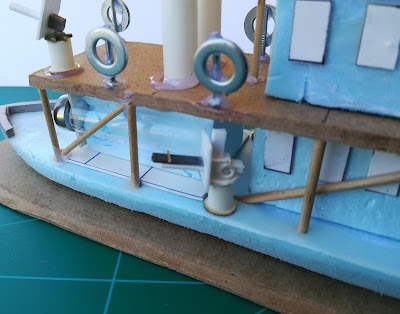 The boat was equipped with two 47mm guns and two Nordenfelt MG's (with 5 tubes of 11mm). All are made of plastic card and tubing. 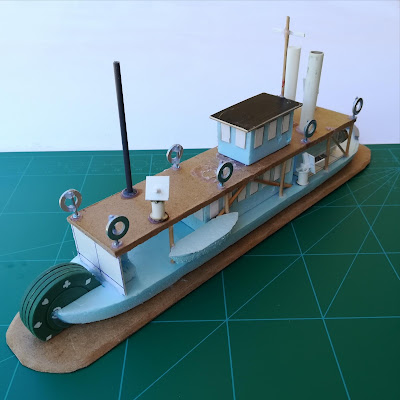 The propeller at the stern is a bunch of four Poker files glued and cut together. 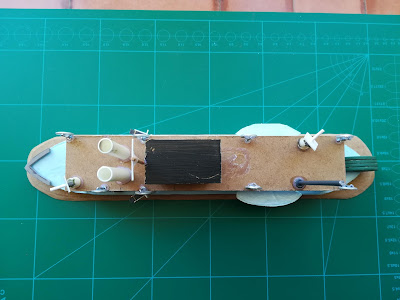 Total lenght of the boat is 30 cm including the base slightly smaller than the original. 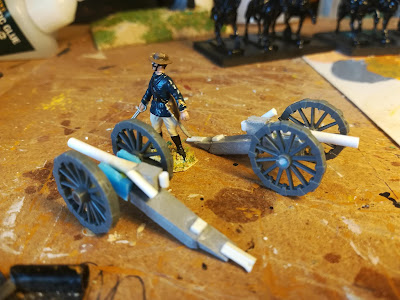 The Portuguese made B.E.M (Bronze, Estriado, Montanha) of 7cm was the main gun of the Portuguese for this campaign. The gun was entirely made in scratch. The blue part came from Esci/Italeri French Napoleonic guns, wheels from Revell and the rest is Evergreen or other bits of different styrene. 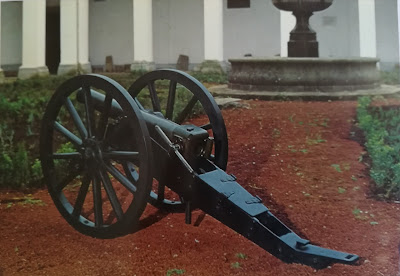 A picture of the real thing for more detail. 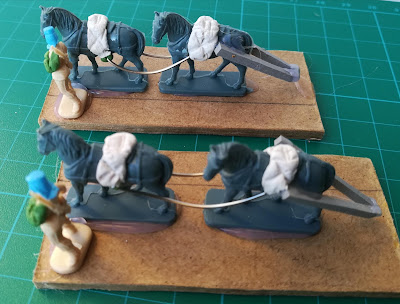 To pull the B.E.M's a file of two horses were used. Here you can recognize the Airfix horses from the WWII German Mountain set with a few additions. 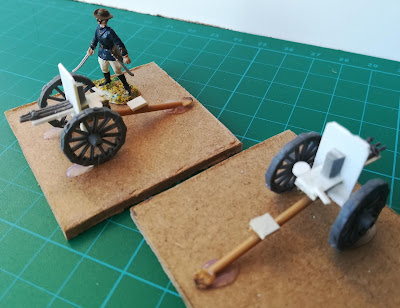 The Nordenfelt MG's (three tubes 11mm each) were used by the army (five tubes for the navy). Once again different plastics were used in its making. 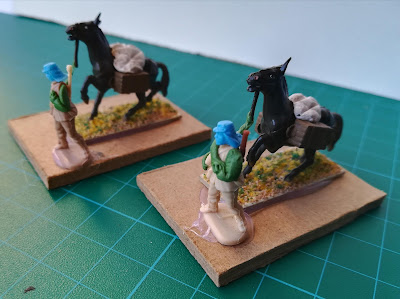 The tow for the Nordenfelt's was a sole mule. This one is taken from the Esci WWII Alpini set. The driver is the wargaming useless figure from the Esci British colonial set that wavers its helmet probably at the end of Rorke's Drift action. I replaced the waving arm with one from GreenStuff, a new head from the Esci French Legionaire set and the rifle was also repositioned. 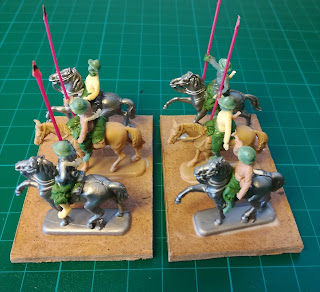 The horses are from several plastics, torsos from colonial British officers and Scots Grey with Australiam heads freom Chinese copies. For the first time I made the legs in GreenStuff so they can seat perfectly on the horse. 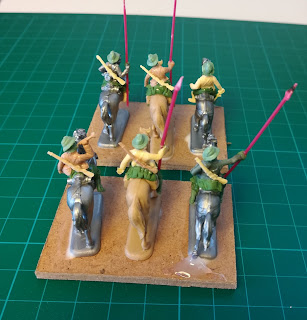 Lances are from plastic brooms and rifles were placed on the troopers backs.
Next: Infantry and the above miniatures already painted.
Posted by João Pedro Peixoto at 08:31