After finding the Anglo-Zulu Wargaming group on FB I decided to rebase my Zulu army according to  Battles for Empire 2 rules which allows the big basing I prefer. Here you can see six different Zulu regiments from ESCI but only one is complete. There are at the moment close to 300 figures out of 1000 that are needed for Isandlwana. I have another 300 ESCI figures in stock and the remaining 400 will have to be HAT. Good news as they look to be the best Zulu 20mm around. 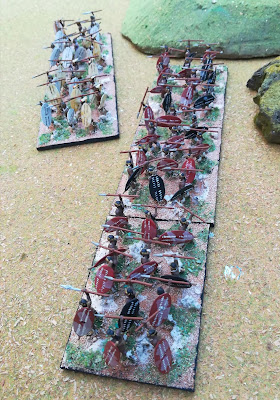 The figures are all ESCI but many were transformed in order to loose the exagerated decoration in the head they bring from origin. Cethswayo ordered his warriors not to use that decoration which was mostly cerimonial. 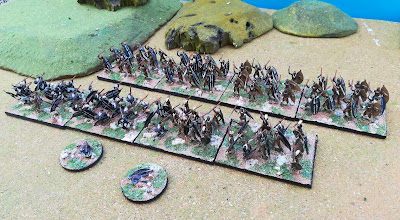 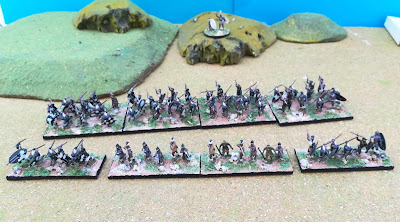 Each regiment for Battles of Empire  2 rules has four units, each of 24 figures. Three of these four have two bases each of 12 figures with each base being 80mm by 60mm. One unit which is rifle armed, though only 12 figures out of the 24 have rifles, is on four bases each with 6 figs and 80mm by 30mm. So when they are together they are the same size as a normal Zulu unit (Paul Barnett text). 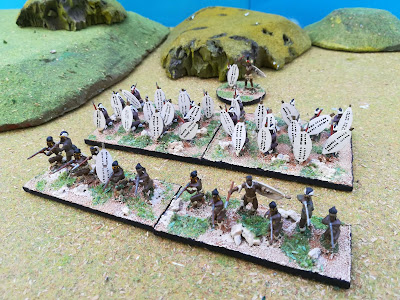 In some of the half bases for rifles I placed a shielded warrior as a commander. 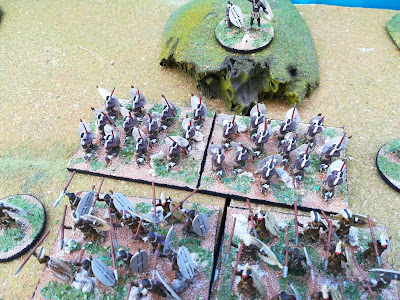 One of the married regiments are conversions from the ESCI figure that is kneeling to fire. İts rifle was taken out and replaced by a hand weapon and shield. The kneeling figure is the closest I could find to the warriors placed in reserve at the back center of the battle line that in order not to hastily charge the enemy were ordered to remain seated and with its back to the opponent. 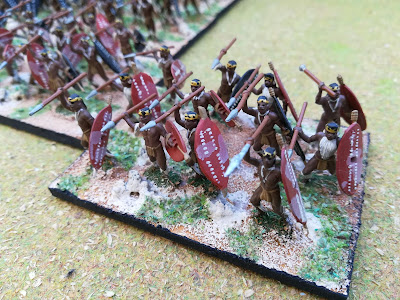 The 'shaven' heads of most of these warriors. 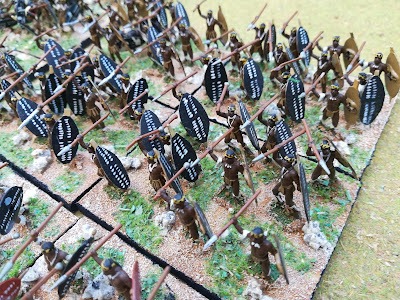 Many of the figures in the ESCI box don't have enough shields and I made many in plastic card. 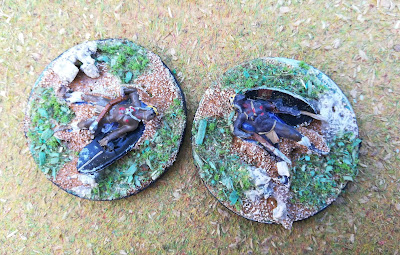 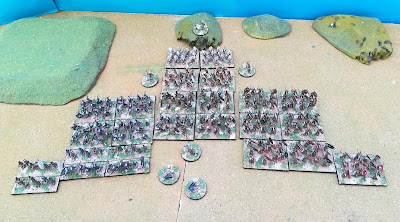 The famous Horn, Chest and Loins formation designed to envelop the enemy. 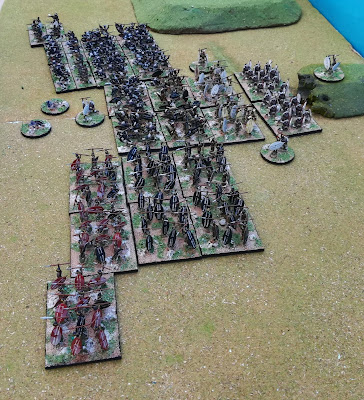 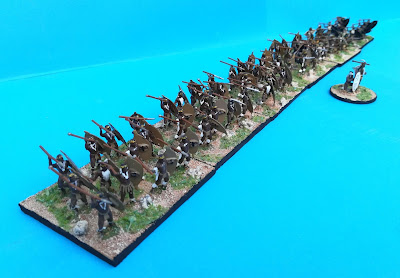 A full regiment for Battles of Empire 2 rules.
Next: the British army at Isandlwana.
Posted by João Pedro Peixoto at 07:31