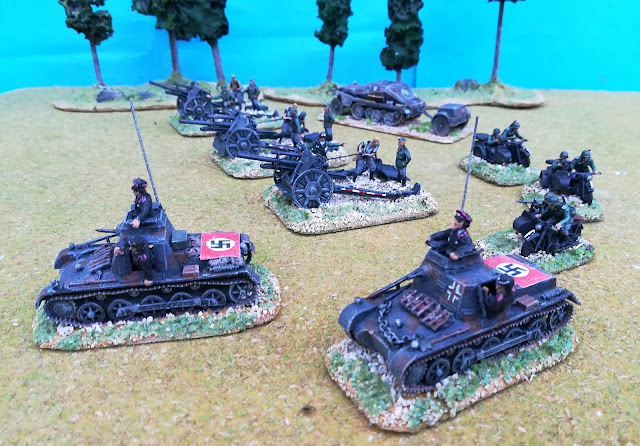 After last months flood of French material that arrived to the front line - that is, my basement - I had to balance things making some more Germans. 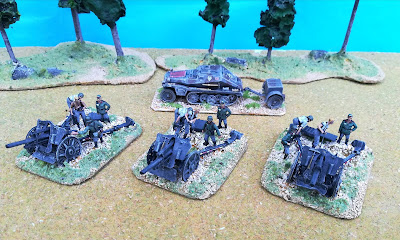 The artillery comes from some the old and venerable set of Revell German artillery, probably the most useful and well built soft plastic set ever. The artillery Sdkfz 253 is from Altaya and only the oly extra was some black wash and sand dry brush to finish it. 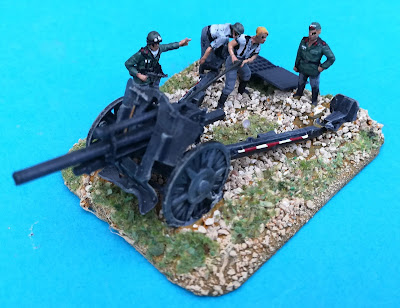 Most of the artillerymen are already used and I had to manage with some other options like the Revell DAK figure (painted here as an artillery FO) and the old Airfix Luftwaffe standing pilot which suits well other branches of the German army if differently painted. 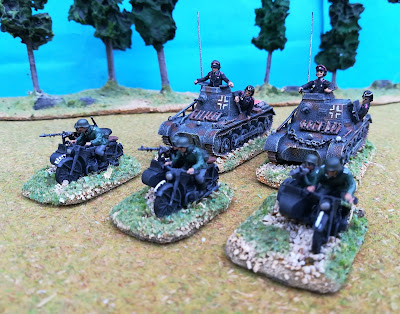 Three more BMW combos from Zvezda were built and also two Command Pz I from S-Models. 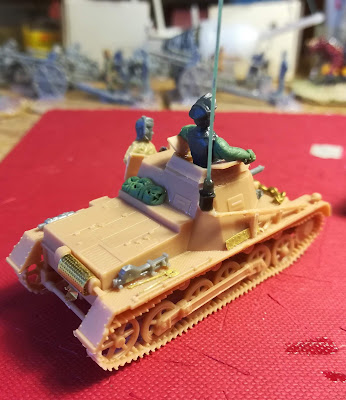 The S-Models received extra crew from Esci and PSC besides the usual aerials and stowage. 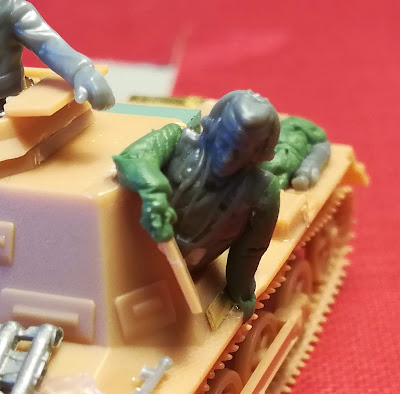 The figures hanging from the side hatch had new arms in Greenstuff for a more natural look of this awkward position. 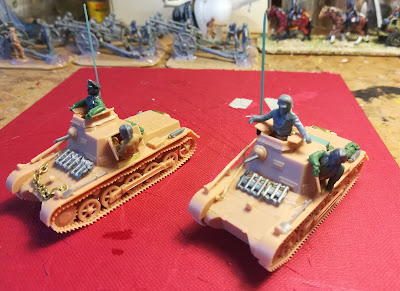 The Esci commander on the left also received new arms for them to sit correctly in the turret. I think that new arms, even if not as well proportionate as the original ones, have a better look than the original classic multi-pose figures which many times look like Karate fighters.

Next: A WWII Cossack regiment.
Posted by João Pedro Peixoto at 12:53