Rapid Fire! The Soviet VVS of WW2 in 20mm


This collection started many years ago when I got involved in building the Soviet forces for the Kursk battle. As usual I ended up by building many more than the ones that were necessary. On the good side I managed to get planes for the initial fightings around operation Barbarossa in 1941 up to the last stages of the war.

All markings in all models - excepting the Altaya - are hand painted. I prefer like that as paint is sturdier than decals and no shining exists from decals.

These Tupolev SB-2 from Eastern Express were bought for the SCW Republican side but ended up facing the German onslaught of 1941. 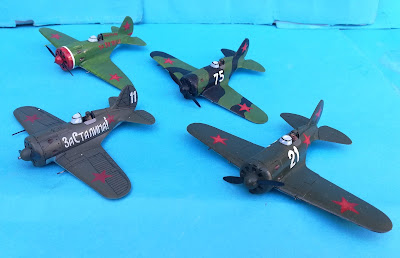 The Polikarpov I-16 are Revell and Altaya and almost had the same destiny as the SB-2s. Slowly I'm also building a Soviet 1941 army that will be shown later in this year. 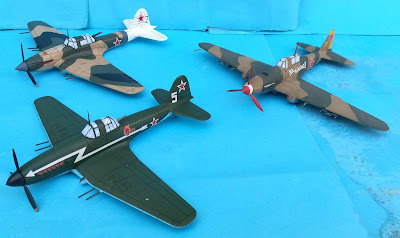 The Sturmovik is most probably the most famous Soviet aircraft of WW2. These three are Airfix (right) and Altaya (the two on the left).

P-39 Airacobra from the Lend-and-Lease program. Left is Revell and Right is Altaya. 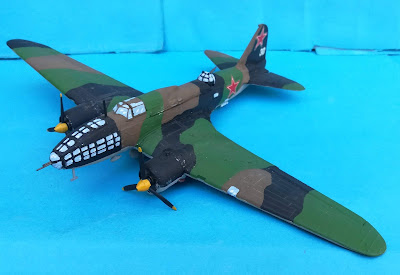 This Ilyushin IL-4 from Revell is the biggest Soviet bomber I have. There are some crazy plans to have a PE-8 but I don't know were such a big thing can fit in my shelves. 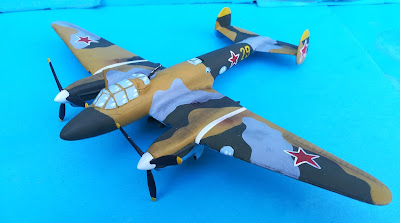 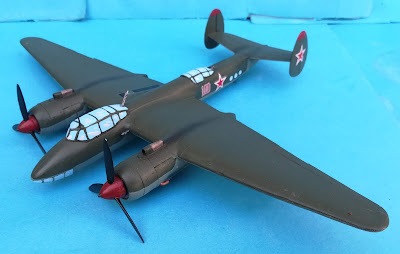 And a TU-2 from ICM for the same role. 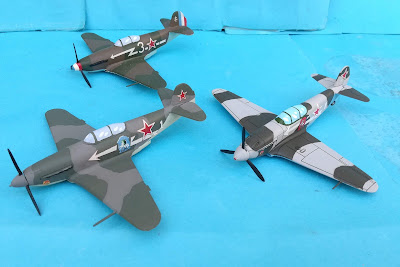 Mig-3 from Revell and Altaya 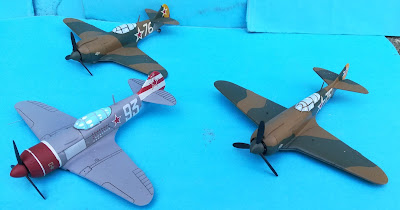 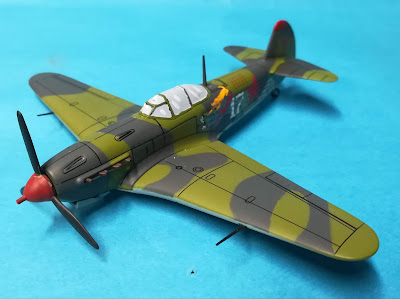 The Yak-9 is considered the best Soviet fighter of WW2. Altaya model. 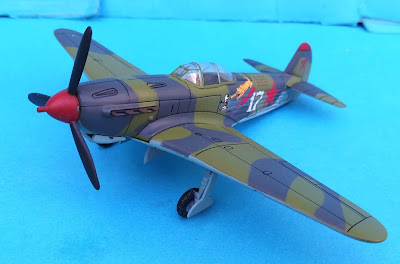 This other Altaya Yak-9 is ready for a setting where a Soviet airfield can be under attack.
Posted by João Pedro Peixoto at 11:17