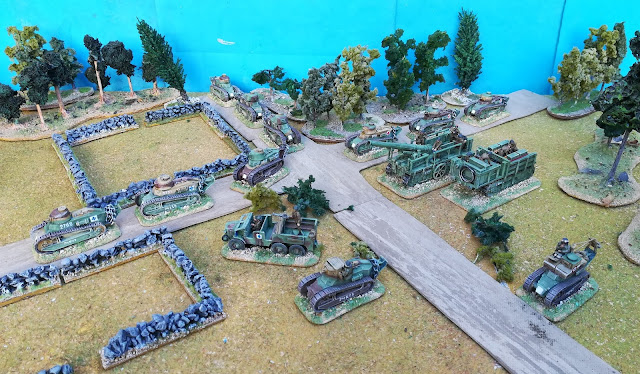 With its best material lost in Belgium and in the battles of May, France had to scrap deep into whatever weapons they had in storage to cope with the German advances of Fall Rot. Here they are using a battalion of FT31 (improved FT17 with a Reibel Mg and some changes in the suspension) and a battery of 194mm GPF SPG in support of one more counter attack. All models are MiniGeneral 3D prints. Ah, for the ones with geographical instincts the location is Champs Carrés. 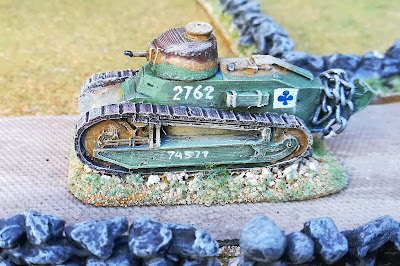 Here the standard FT31 with added chains to the trench crossing tail. 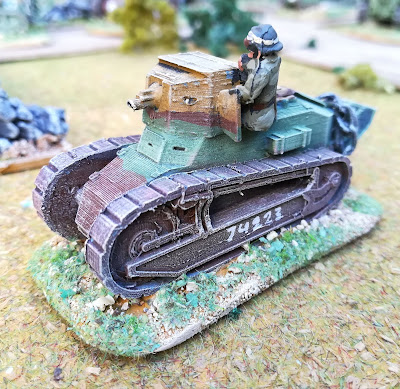 The FT17 BS, the support version, with a 75mm Howitzer in a fixed turret. 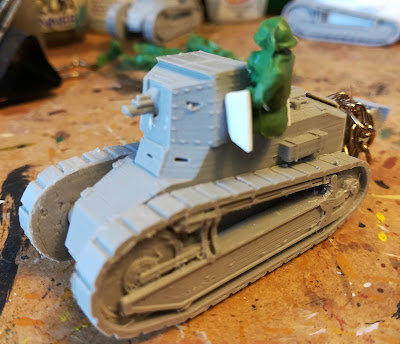 The figure, the usual copy of the Skytrex tank commander and some plastic card doors were glued to the side of the turret. 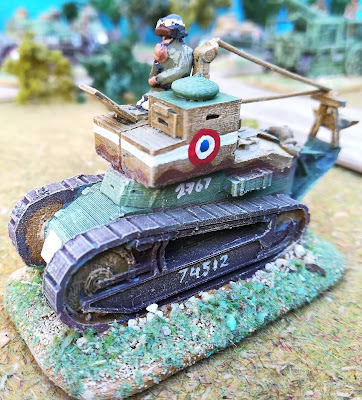 The FT17 TSF, the command version. 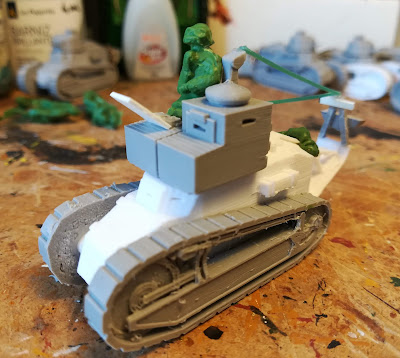 A number of addings were made for this one like the usual commander's figure and radio equipment. 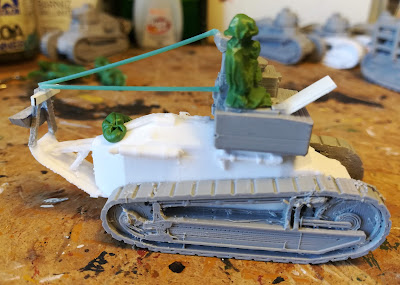 The radio antennae and supports were made in several plastic materials like plastic card and broom bristles. 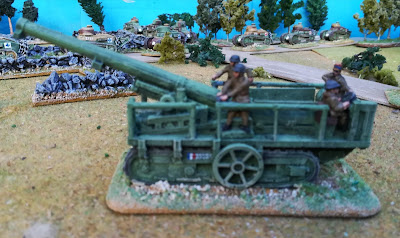 Here the star of this post, the gorgeous tracked 194mm GPF in a picture clearly taken after shooting its powergul gun, so strong that even the photographer trembled in awe. 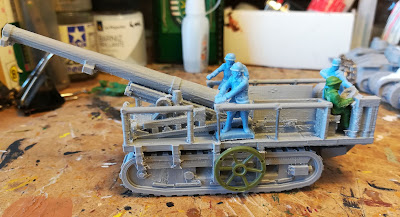 Here a better one to show the details of this lovely MiniGeneral model. Only the elevating wheel was added and this one was taken from the leftovers of the Airfix Mark I tank, namely its crossing tail. Also a crew was added, this time from the brand new figures that comes in the Strelets R 155mm GPF gun and Schneider 105mm gun. 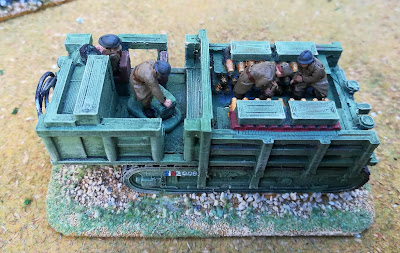 The tractor and ammo carrier is another funny thing. The railing here is clearly too thick but like this  it will face better the rigours of a life of battle in the shelves. 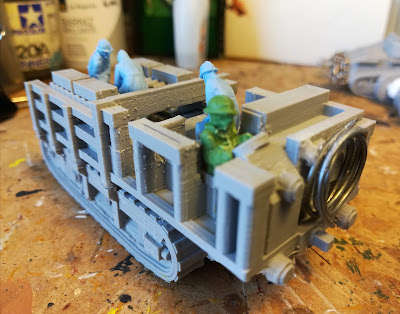 Crew (Strelets R and EWM copy) and the towing cable were to only addings to this one. 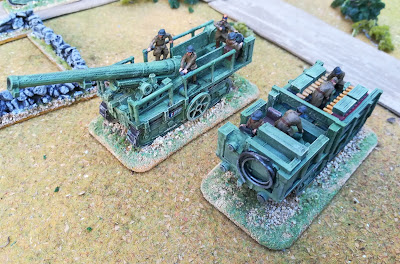 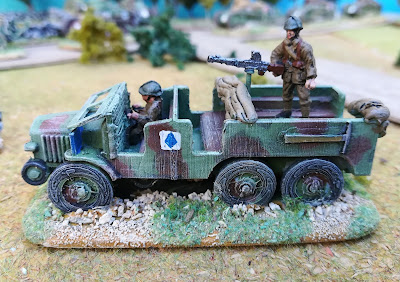 Lastly the Laffly S20 TL for the Motorised Dragoon Regiment I'm building. I already have a few from SHQ and with this one and the next 14  from MiniGeneral I'll have the Regiment finished. 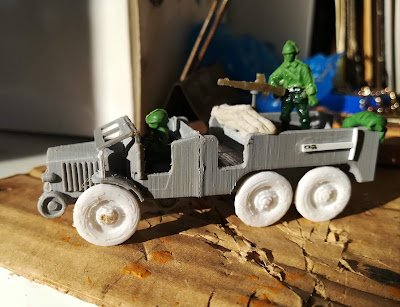 This one needed some extra parts: rear step, side tools, folded canvas and LMG. The wheels are also different from the ones sent with the model. Pedro Pato, the boss of MiniGeneral, was very kind in supplying some extra wheels  from his Schneider P28 AMR. This model is under revision and these little problems will be solved shortly. 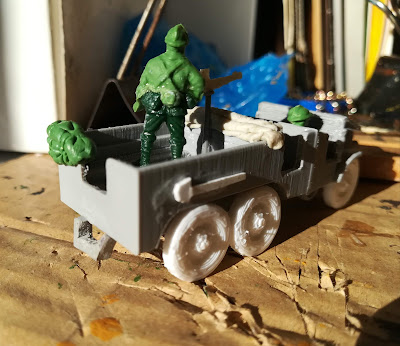 The standing figure is a cross between some Esci Alpini legs (with puttees) and a copy of the torso of the Hat mounted artilleryman.

Next: wether the new French Strelets R artillery, an old Italeri Junkers Ju-86 for Poland 1939 or a lot of Polish vehicles from MiniGeneral.

Posted by João Pedro Peixoto at 14:11