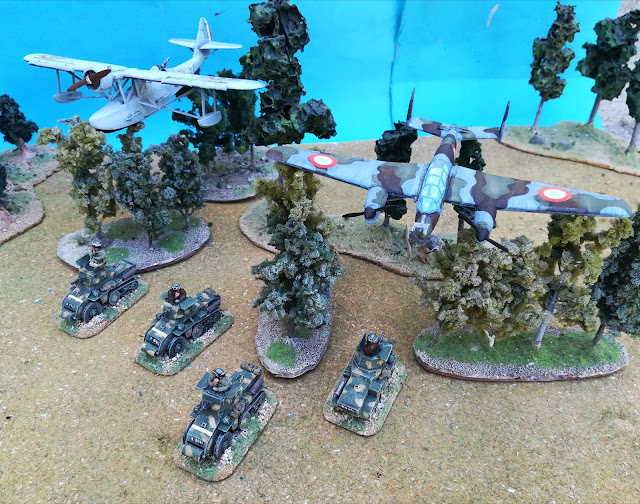 With the German Fall Gelb operation victorious, the French prepare for Fall Rot and for the defence of France. For that they use everything that can move or shoot against the invaders including much outdated equipment. 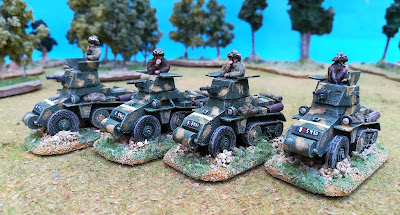 A good example are these AMR Citröen Kegresse P28. Apparently the ones still running were collected by the COMAM (a centre for cavalry vehicles) and used in battle. There are several photos of Germans around these vehicles some of them abandoned or destroyed.
The models are very nice MiniGeneral miniatures with the usual copies of the Skytrex tank commander. In reality only one of them has an interphone, all others are eating apples in order to reflect the French lack of radios. 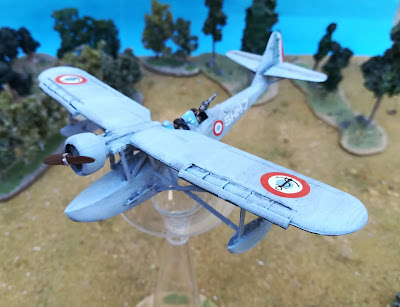 This Potez 452 in navy colours  is an Azur model and was built simply because I had it for years in the stash. It can also be used for the Franco-Thai war of 1940-41. 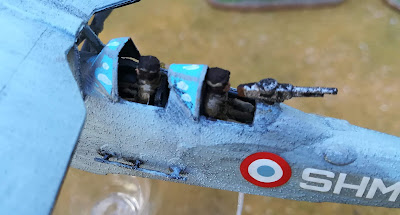 The figures are Matchbox. 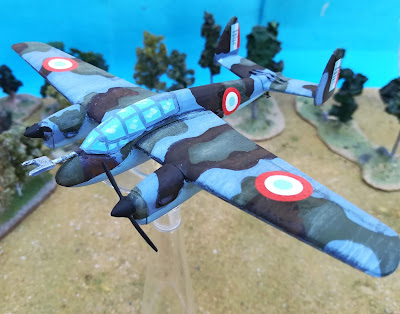 The last model of this post is another Azur kit, the Hanriot H-232. In reality it was a training aircraft but I'm imagining  its usage as a reconnaissance plane.

Next: More desperate measures with a new FT31 BCC and SPG artillery.

Posted by João Pedro Peixoto at 07:15