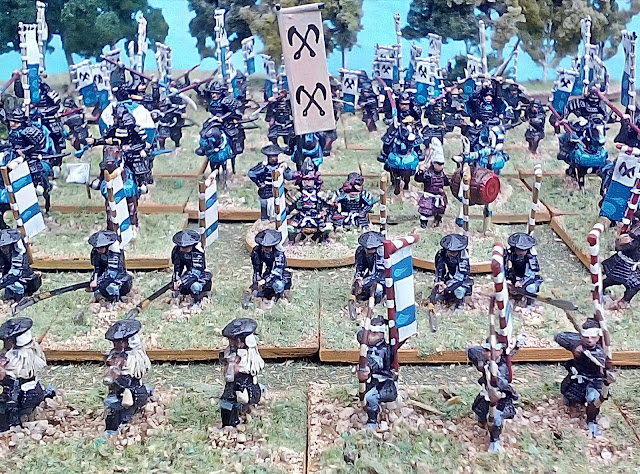 Hideaki looks at at  valley below mount Matsuo still not knowing in which side he will fight on the 21 october 1600. This is the 5th clan I made for Sekigahara but with over 40 in the battlefield there is still a long way to go.

His army was the 3rd biggest on the battlefield with 15.600 men and its defection to Ieyasu's side decided the course of the battle. 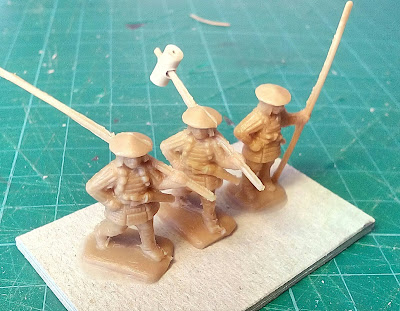 For the first time I converted a few Ashigaru to use the ōtsuchi (big hammer). Recently I managed to get the 2017 Japanese movie Sekigahara, a brilliant movie which places Mitsunari as the hero of the story (and Ieyasu as the villain) where plenty of ōtsushi can be seen in action. 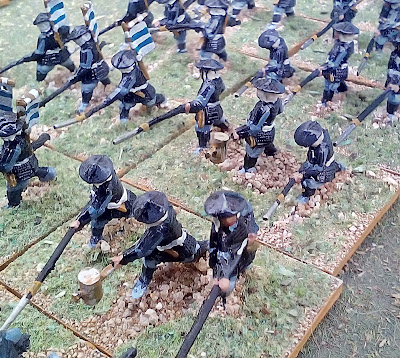 The ōtsushi in action hammering a few heads. 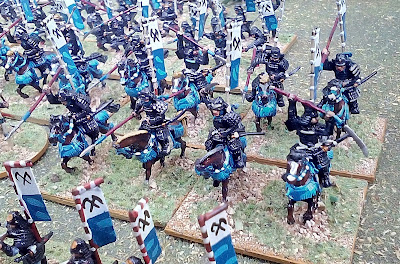 The mounted Samurai are the usual Zvezda. Its Sashimono  and Nabori also taken from the 2017 movie Sekigahara. They are completely different from the ones in Samurai-Archives and they look great on the battle scenes. Which of them are the true ones? 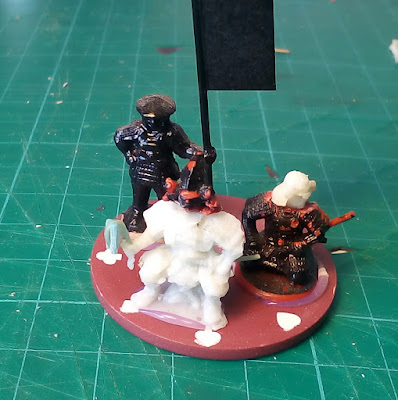 Koboyakawa Hideaki's model is a resin copy of the Zvezda General with another head using a variation of the eboshi-nari kabuto. 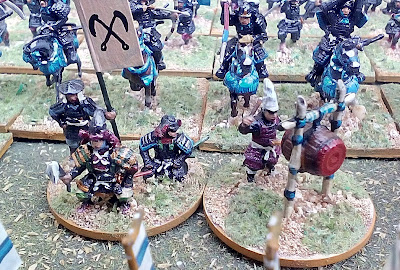 Close to the already painted Hideaki is a war drummer also from Zvezda. 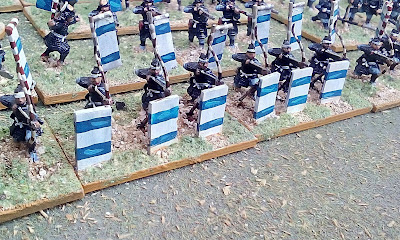 I included some shields in both archers and teppo stands. 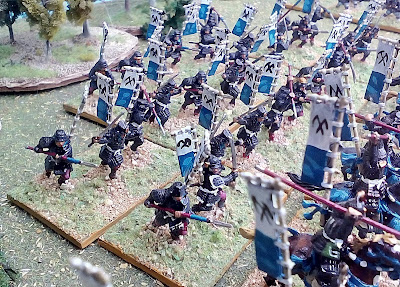 The foot Samurai are again the usual Zvezda. Is funny how these excellent figures put an end to other 20mm plastic Samurai being produced elsewhere. 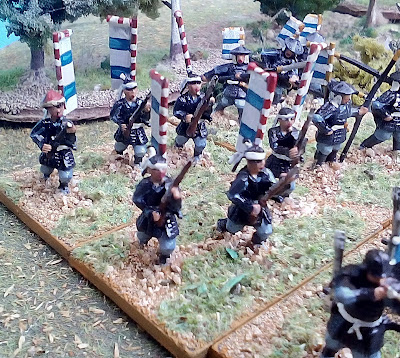 Some teppo Ashigaru are conversions from those grizzly Zvezda  figures carrying severed heads. 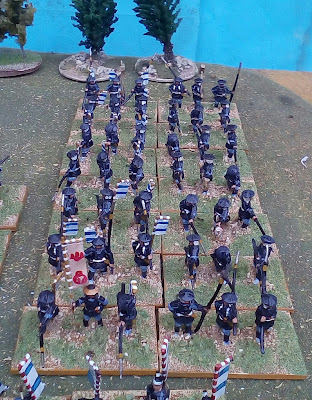 The majority of the Ashigaru are the usual Red Box. 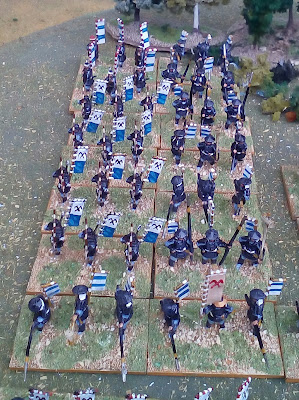 The other group is mixed Zvezda and Red Box. 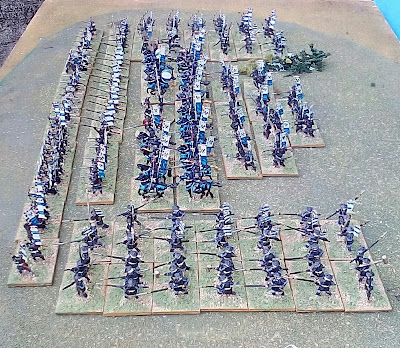 Here they go down mount Matsuo to hit Ukita Hideie in the flank.

Next: more BEF or Punic Wars.

Posted by João Pedro Peixoto at 10:22