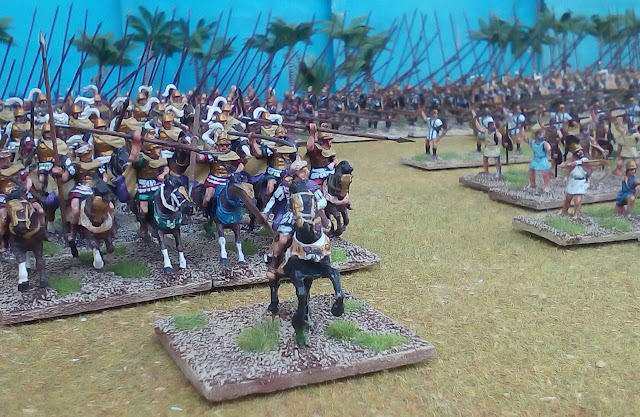 This post replace the old one from 2011 with the same models. Hundreds of my faithfull followers (well, one at least...) complained about its poor quality pictures and hopefully these can make more justice to the models. I mentioned that old post on the one about Darius army and put it to rest.

Still a few units like Hypaspists to be done but the majority of the army is here. 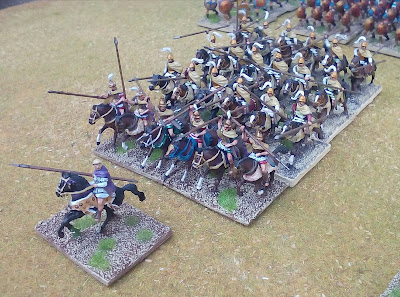 Alexander's figure and its beautiful Bucephalus are Zvezda and its Companions are both Zvezda and Hat. 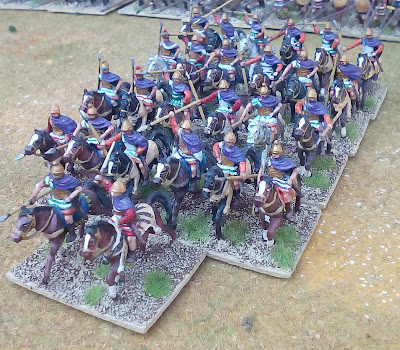 The Thessalian cavalry is also Hat and its leader, Parmenion, had some Milliput applied on the horse's tiger skin to make him distinguishable. 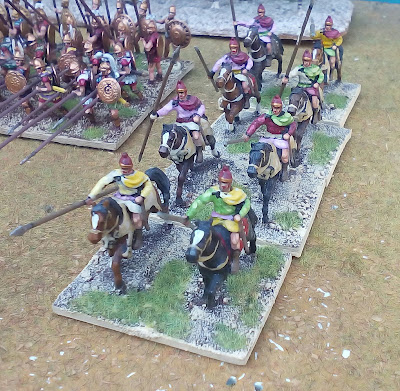 The Hat Prodromoi. Only one figure can be used from the several available sets so some arm twisting was used in order to create more variety. 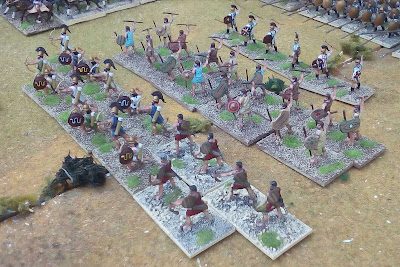 Alexander's lights.  In the first line there are the Hat Cretan archers and Zvezda Macedonian archers; second line has the Hat Agrianians and the third line has Hat Illyrian javelinmen. 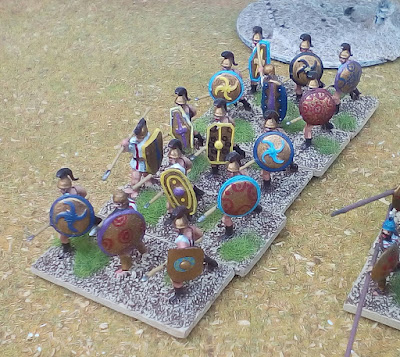 Irregular auxilia from several of Hat sets. Some shields are scratchbuilt and other are Newline Designs.

Three of the Taxeis of Alexander Pezhetairoi are Hat industries...

... the other three are a mix of Zvezda and Atlantic conversions. 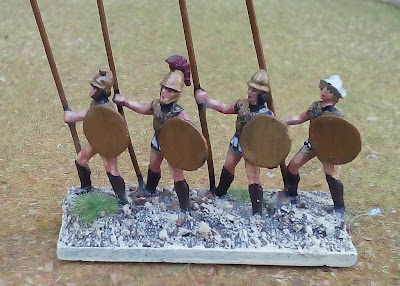 The Atlantic conversions are based on the Greek Classic Hoplites. I chose the positions in which they are standing, cut ou the big classical Hoplon and sword they have, glued a roundel of plastic card and drilled the long sarissa on the right hand. like this they make some reasonable back ranks of Pezhetairoi. 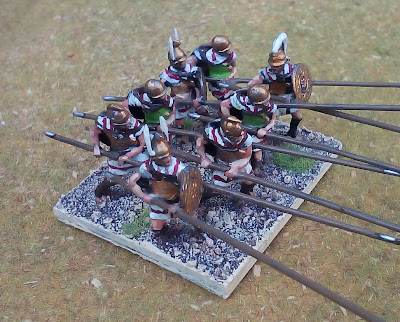 The front ranks are glued in double ranks as the Zvezda figures work better this way. 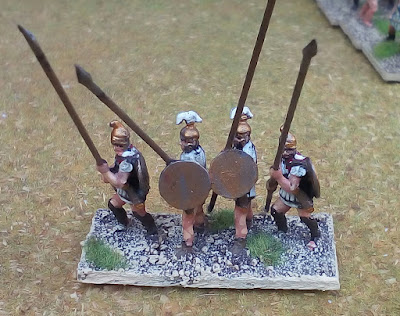 Some middle rank figures didn't carry the small shield and some had to be made in plastic card. The Sarissas are made of plastic broom bristles with the tip heated with a lighter and squashed with pliers and finally shaped with an X-Acto.

Here it is Alexander's army ready to perform the famous tactic used in Gaugamela headed to strike at Darius himself.

Next: more Samurai or the armies of the Punic wars.
Posted by João Pedro Peixoto at 05:44