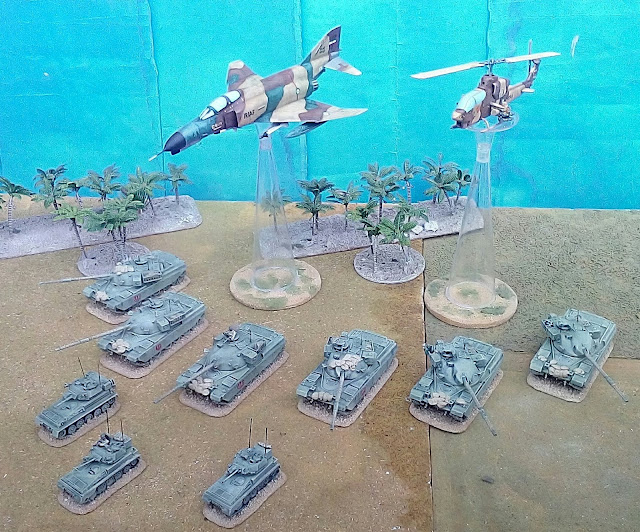 Warned by the presence of the Iraqi tanks in the region the Iranian army mount a powerfull counterattack led by a Scorpion reconnaissance company. 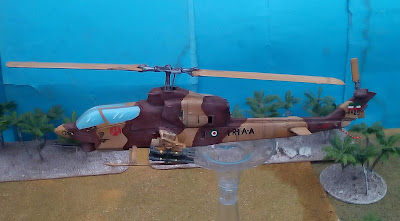 A second  Bell AH-1J was added, this time an Italeri model. The symbols were, as usual, handpainted. 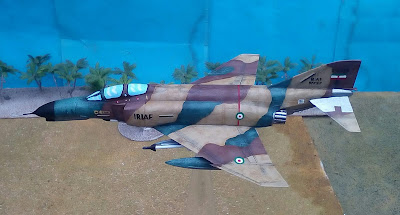 Also another Phantom II  entered the collection. This version is the F4E and the model is Revell's. 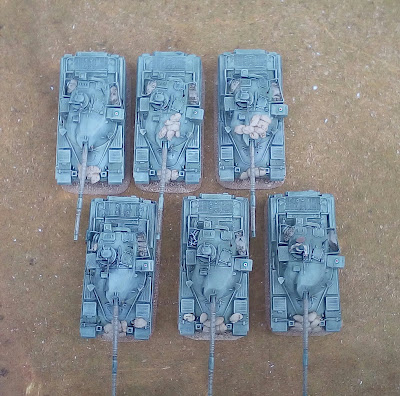 Finally my Iranians have something decent to cope with two Iraqi divisions! These repainted Chieftain Mk5 Fabbri diecasts received different sets of stowage and sandbags. 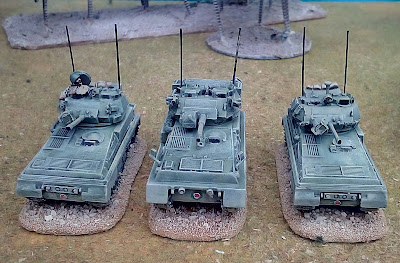 The Scorpions on both sides are Airfix  (1/76th scale) and  the one in the middle is Altaya (1/72nd scale). The different sizes can  be attenuated by using the same base size and antennae lenght. 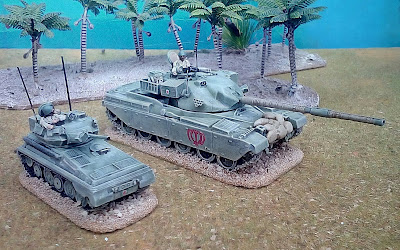 For the crew of some of the AFV's I used some Esci  WW2  Italian torsos with GreenStuff arms.

Posted by João Pedro Peixoto at 10:19