Here is the missing brigade for me to have all the Prussian infantry for Waterloo/Plancenoit.

12th Infantry regiment, with reserve black jackets. The flag carrier is a Hat Bavarian transformed. I glued a paper flag to the plastic. It is a little thick but passable. Officer and drummer also Hat Bavarians transformed. 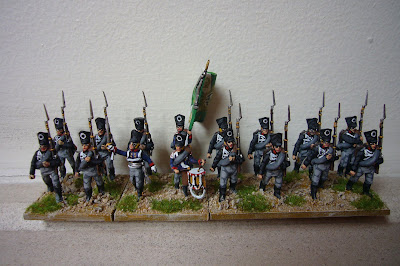 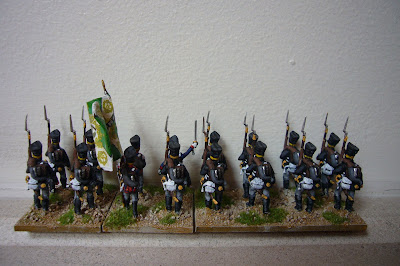 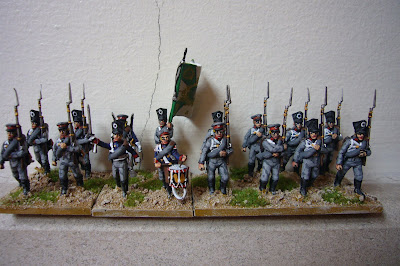 The 26th Infantry regiment, not Steinmetz brigade but Kraft´s 6th Bgde, build and painted at the same time. 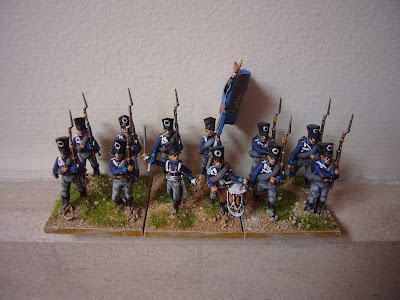 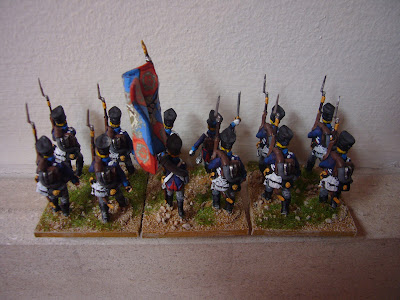 Detail of the command stand with a pioneer made of Hat body and a Perry head with  a beard in Greentuff. All other figures are also Hat bodies and Perry heads. 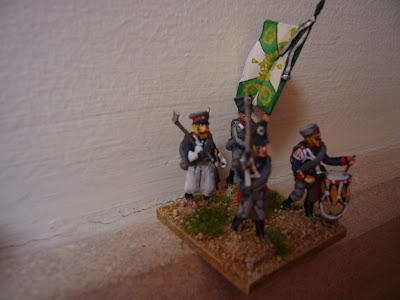 All flags in this post are conjectural and unofficial, as in theory none of this regiments sported any flag.

Posted by João Pedro Peixoto at 10:20