Now I will show you my 20mm figures for the Battle of Aljubarrota, fought in 1385 between the Portuguese and the Castillians/French. The first six pictures are from the French part which was massacred after being caught between the Portuguese vanguard and rearguard. And massacre it was, as by then most of the French knights and retinues were prisoners and unarmed. But the sight of the Castillian cavalry massing for the 2nd and final assault made the Mestre de Avis and Nuno Alvares Pereira (declared Saint, in 2009???) ordering their throats  to be cut by the peasantry.

The figures are from StreletsR, Zvezda, Italeri and Revell. Still plenty to do as usual in large armies. They are based for the Portuguese Arcane rules by Jerboa, with a ratio of 100 to a stand. 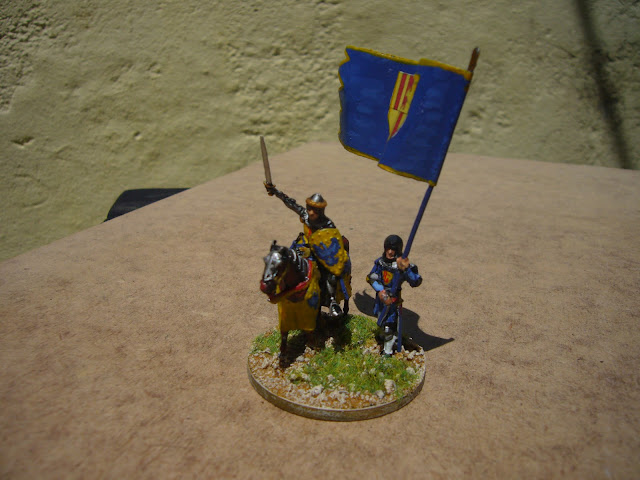 Béarn flag. Béarn was the area where most of the French came from. 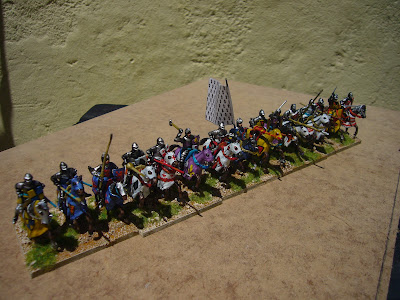 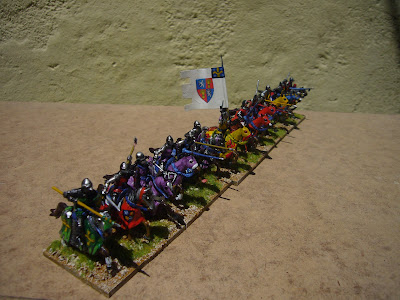 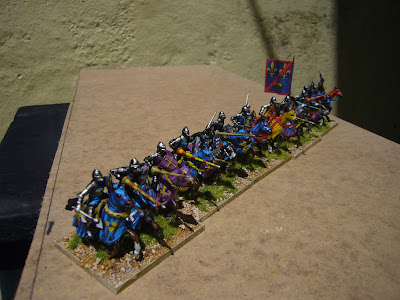 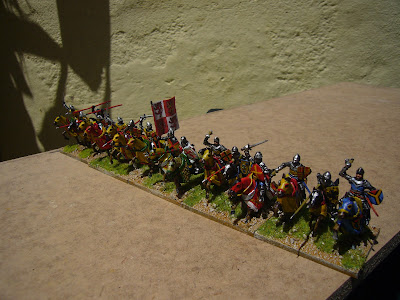 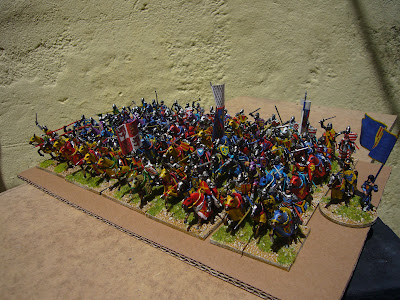 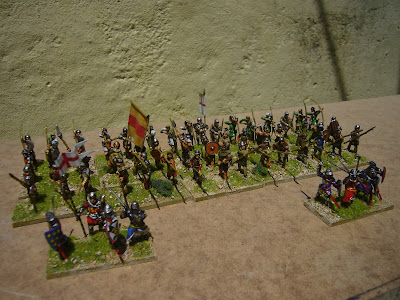 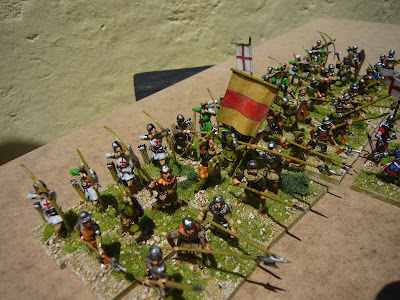 Posted by João Pedro Peixoto at 05:23