Let me stress this. These articles aren´t in no way any sort of marketing for the Assad regime and family. If these guys weren´t born the world would be safer (and this apply also to many of the Israeli leaders). The interesting thing about the modern Syrian army is exactly the fact that beeing a dictator's country, its army remains obscure and AFV markings and camouflage only now are seen in quantity through TV and photos thanks to the nowadays uprising.

In the 80´s and 90´s photos of the Syrian army were so rare that collecting it was a true challenge.

So, after some basing, let´s start with the Syrian T-72 from the 82nd armoured bdge of the 3rd armoured division. 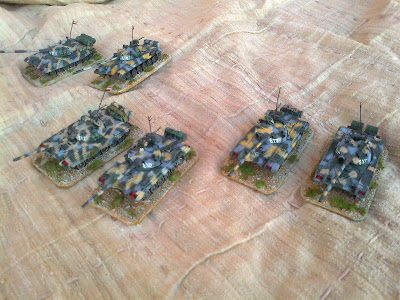 These are 1/100th scale Skytrex and QRF. They were painted in different stages with slightly different colours and styles which is OK as Syrians aren´t rigid in those terms. We can see in the nowadays photos coming from Syria that there isn´t an AFV that looks like the next. 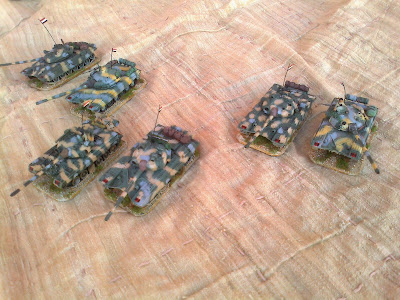 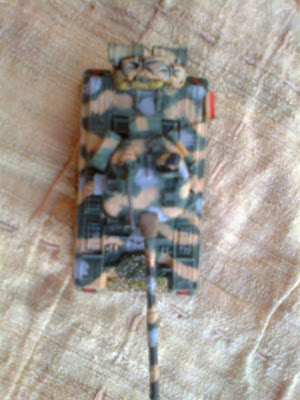 There are two 1/87th scale T-72 that are transformed Salvat T-80. From the top you can see the major changes: Evergreen rear and side boxes and the Schnorkel in the turret, as camouflage netting and terpaulins to cover other details, reposioned rear bins and 12,7mm MG. 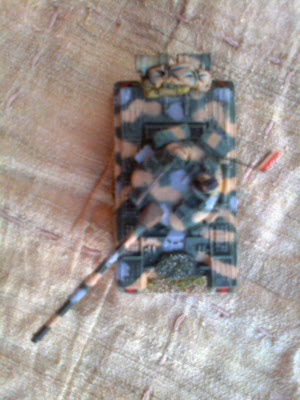 Since 1973 the camouflage of most of the Syrian AFV´s are grey and sand (different tonalities) over the factory green. Nowadays they tend to be even more flexible... a little bit like germans in 43-45. 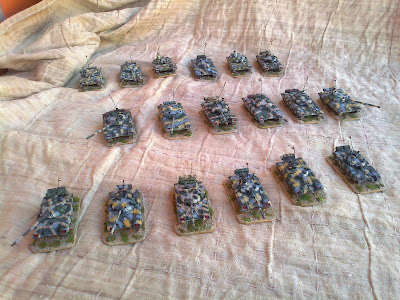 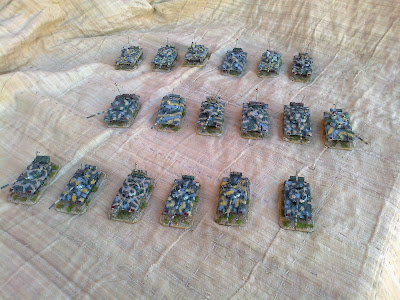 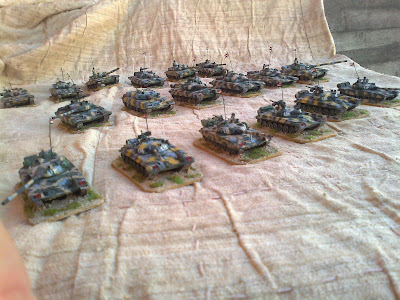 Its funny to see that the two scales seem close. But this is really a fake as there is a big difference between both scales. But a son always smells nice to a father....
Posted by João Pedro Peixoto at 11:35