This is a british destroyer I made sometime ago. It´s done in 1/100 th scale just because its almost one meter long in this scale and in 1/72nd scale it would be 1,5 meters long  so I would have no place to place it behind glass. 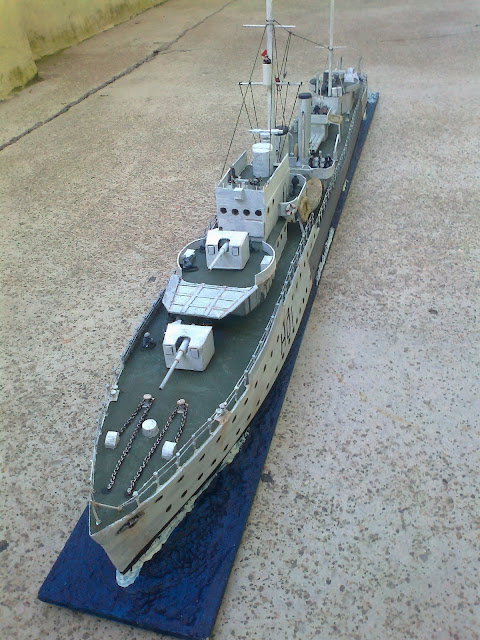 Besides, these sort of large vessels if made in 1/72nd scale can´t do properly what they are intended to in the wargaming table, at least for me, that is to support a landing and shelling the coast line. With 1,5 meters (1/72nd scale) this one would look like stucked in the beach and always too close. 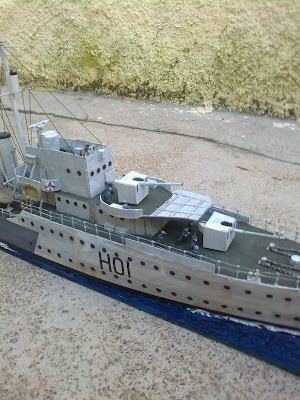 To make this scratchbuilt piece I used a small 1/600 kit of the same vessel I had hanging around, built it, and used it just for scale increase. 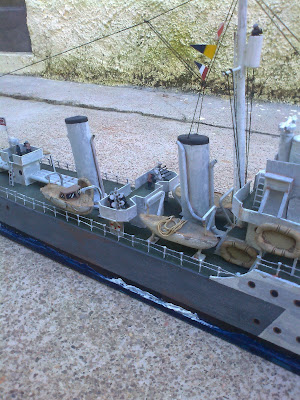 Then many internet photos were consulted for the detail and painting. Yes, there are two lighters for the funnels. 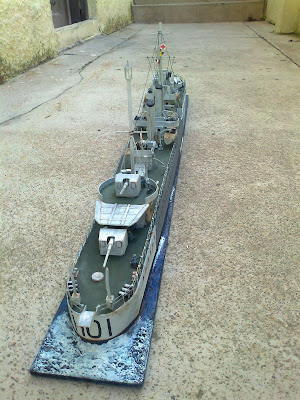 Many Evergreen plastic tubing and flat  parts were used in the construction. The bigger parts are balsa wood and that includes the base. 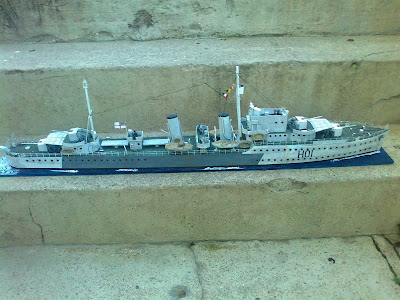 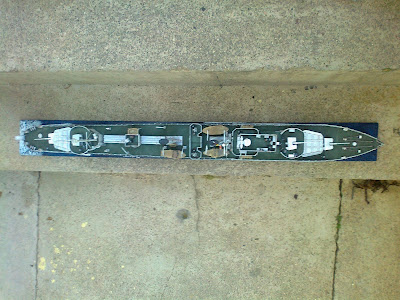 The turrets can turn 360 degrees with the help of Evergreen wonders. 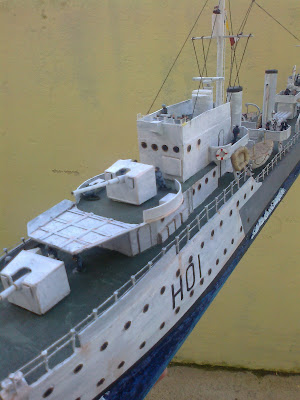 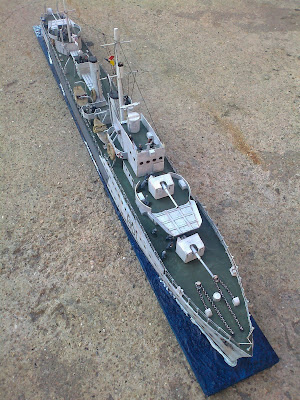 There are some 30 Skytrex  15mm WWII British Infantry converted to sailors scattered all over. 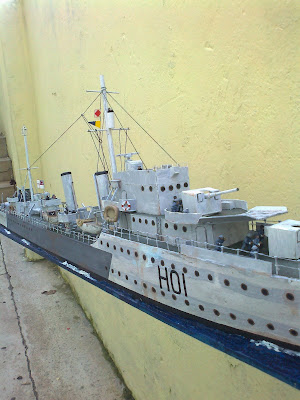 The one chosen had to belong to a class still operating in the 1944 landings. There were not many E class destroyers by then, but I had to keep track with the 1/600 th scale destroyer I was following as a mock-up.
Posted by João Pedro Peixoto at 13:47