The beautiful beach city of Figueira da Foz kept hidden from my eyes two old artillery pieces, one from WWI and another from WWII.

They are located near the Monument to António Gonçalves Curado, the first  Portuguese soldier killed in WWI (no, don't feel ashamed by not knowing it, I also didn't till I read it on the monument).

This memorial is close to the Guarda Nacional Republicana  (Republican Guard) barracks  in Figueira da Foz.

It's a place visitors and tourists rarely go, and that's why after coming to this city hundreds of times I never bumped into it. 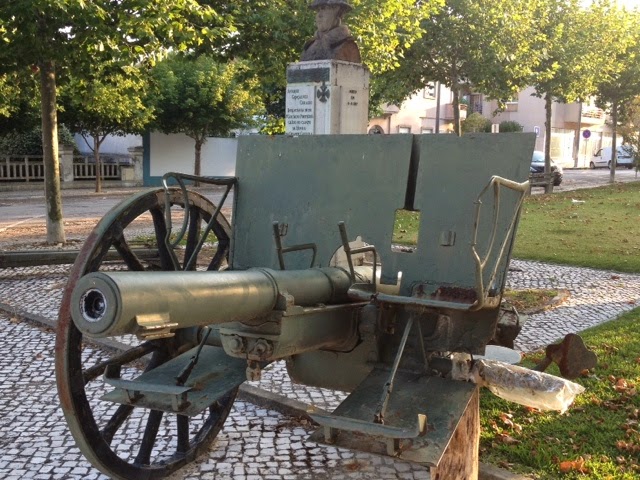 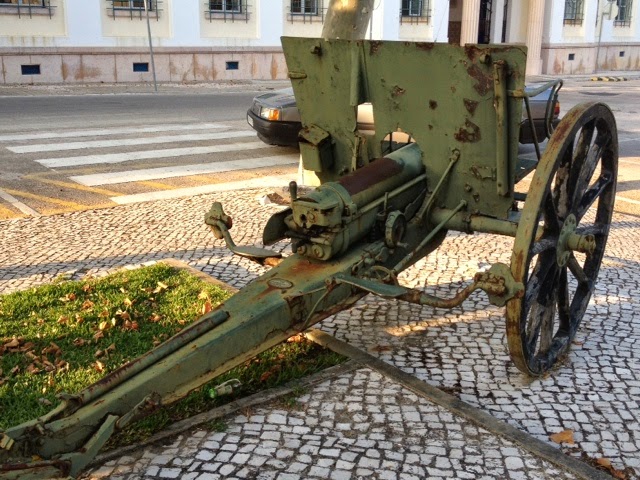 The Germans made this caliber bigger than the French 75mm or Russian 76 so they could use their ammunition if captured but not the other way around. 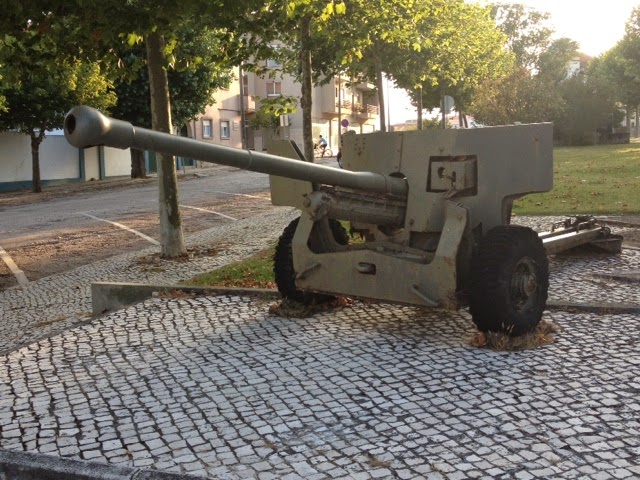 The other one is a British 6 pdr. This finding would have been very useful when I scratchbuilt the airborne version for my WWII 1st airborne division. 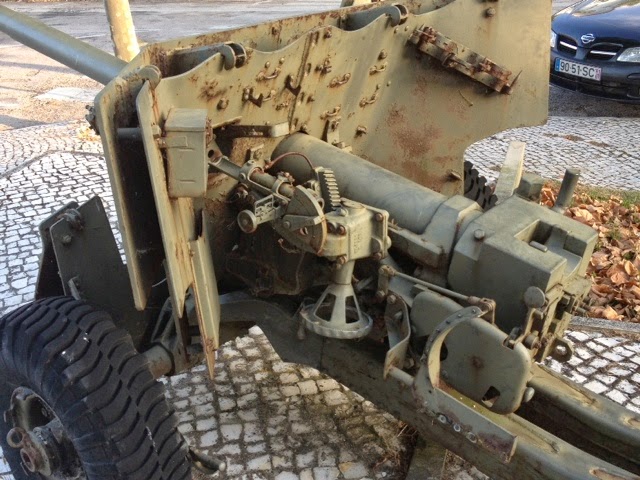 The sights are still in very good condition and all detail can still be seen. 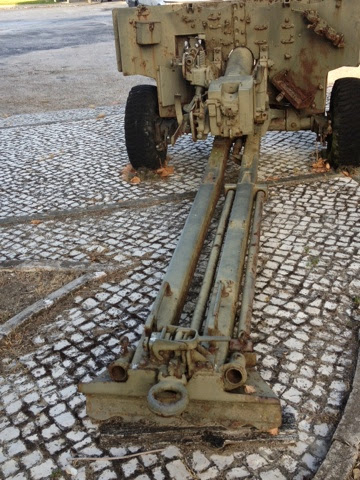 Posted by João Pedro Peixoto at 02:57