This is the generic WN (Wiederstand Nest, something like "resistance point") from the late Queen's Hussar.

This is a several kilo resin part with 3 separate parts for the bunker roofs and a
metal ex-French FT-17 turret. 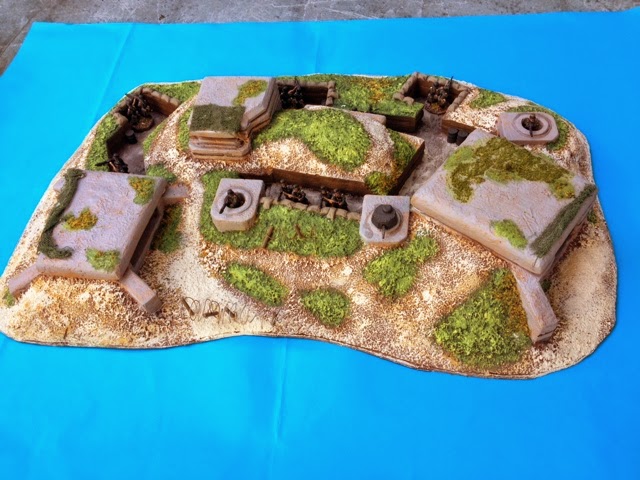 Originally I intended it for Omaha beach western strongpoint (WN72) but when this big diorama arrived I realised it was quite generic, and didn't fit the area RF! planned for it. 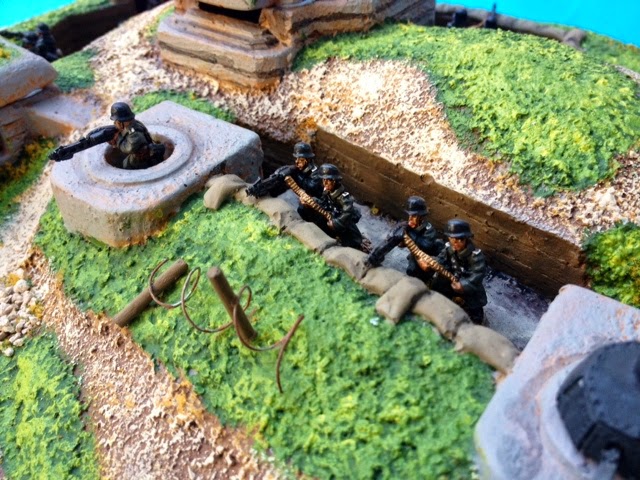 Even so It's a nice, heavy piece of resin, easy to paint and assemble. 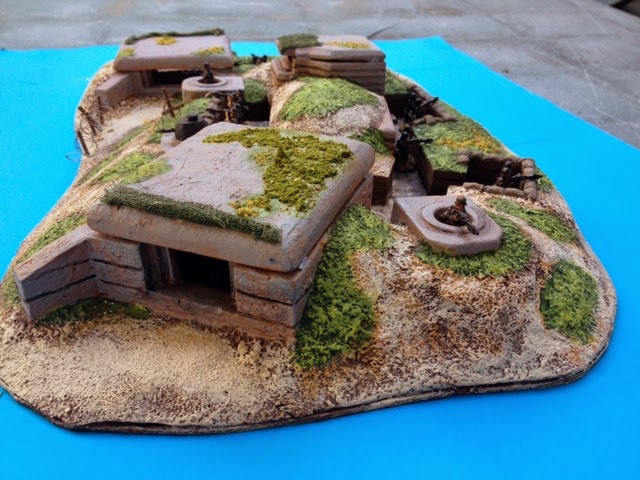 Only some netting and barbed wire was added. Also a piece of cardboard was glued to the bottom part of the diorama to withstand some eventual rough usage. 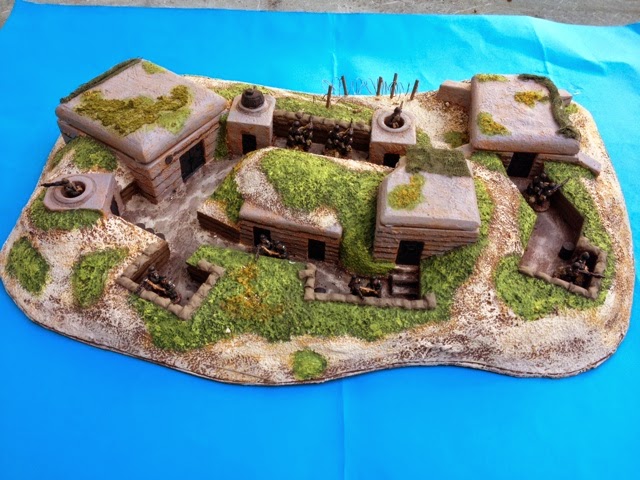 The figures are Britannia. As Queen's Hussar and Britannia worked pretty close together the standing MG42 fit nicely the trenches. 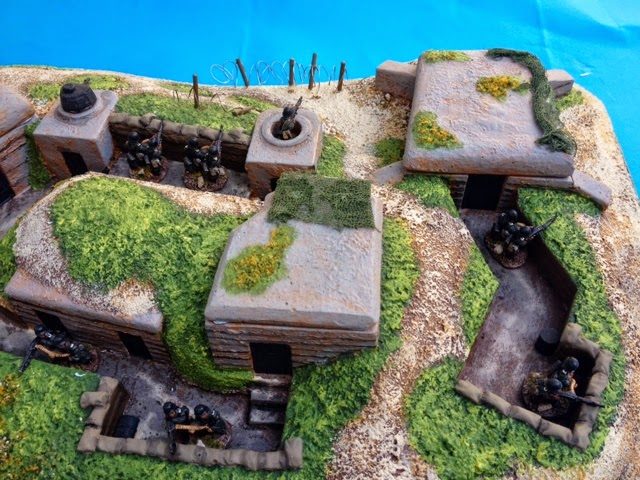 With all these MG's around, there will be no Ranger left to save private Ryan...
Posted by João Pedro Peixoto at 09:13