At the beginning I wanted to paint three of these stands in a row. They would be more than enough for the German mercenaries fighting for the Spanish in the battle of Montes Claros, 1665 .

The problem became all those different colours and  stripes that will leave you mad if you don't change the issue. And so I did. I finished my Hougoumont farm and started some new PSC tanks for the sake of mental stability.

But for the moment here it is the first Landsknecht stand. The next ones will probably take a lot of time to show up according to this experience.

The models are the nice Dark Dream Studio and the references used are the usual Osprey and a fantastic blog I found googling from a Saint called Stuart Mulligan, http://paintinglandsknechts.blogspot.pt. 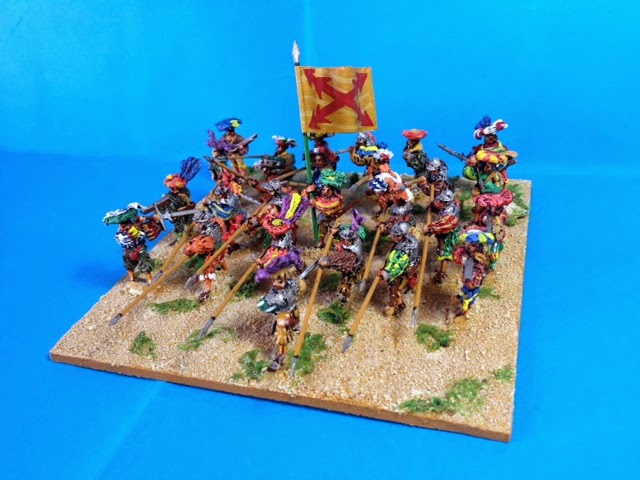 The DDS figures are to be built. Exceptuating  the arquebusiers the pikemen come in 5 pieces and the patience exam starts here. But in the end the final result is quite pleasant. 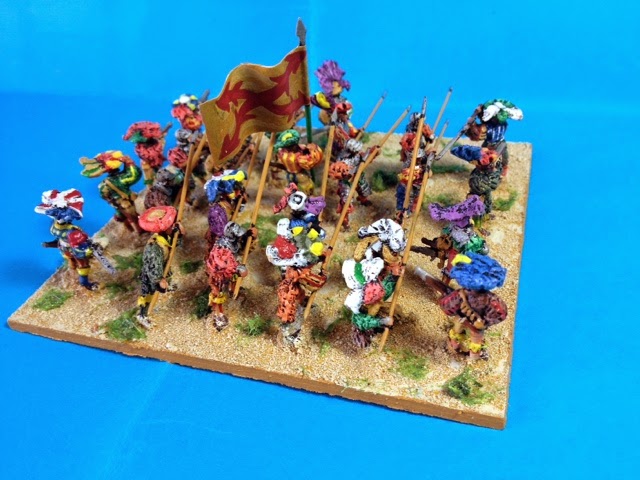 The İmperialist flag is one of the home made photocopies for the Mohacs campaign. 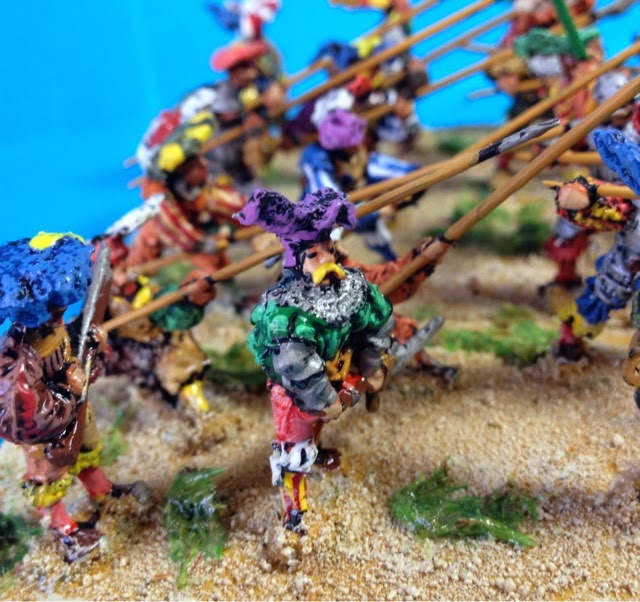 The Doppelnsoldners were double pay crazy guys that would venture out of the formation cutting and slashing everything in their path with their big double hand swords. 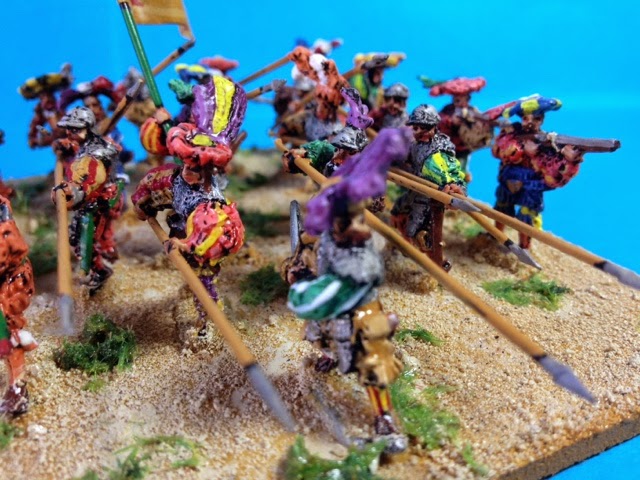 This one doesn't want to see the end of the battle... 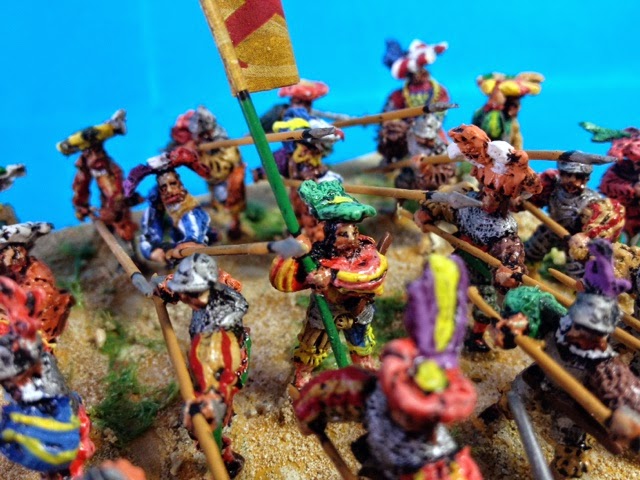 The flag bearer is the only conversion. His sword was taken out, hands were drilled and a pole from a plastic broom thread was placed instead, as usual with my figures.

Posted by João Pedro Peixoto at 07:24