Latest models for Rommel's army: the second company of Marder I with the Russian 76,2 mm gun and two companies of Italian L33 tankettes. The Marders are PSC and are some very nice, robust and easy to build models. This company is on the way to the 21st PD while the other one already built (from Milicast ) is serving the 15th PD.

The S-Models L33 will try to do their best in the beginning of the war against Matildas, probably taking advantage of its small size to hide behind some rocks.

When looking at these small vehicles one cannot cease to admire these courageous crews who equipped two thirds of the 1940 Italian tank units. 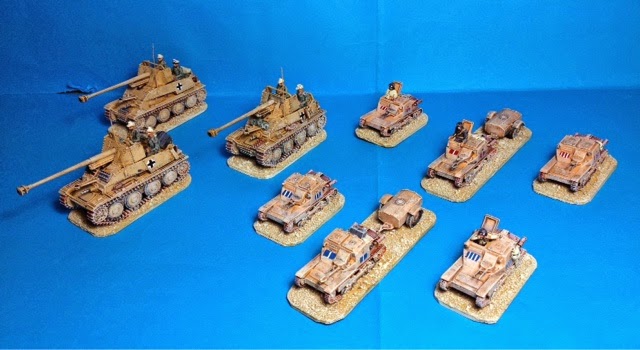 The crew for three Marders in each PSC box numbers 30 (!) figures. Even so I decapitated some and glued DAK peaked caps as half of the seated figures carry the officers cap. 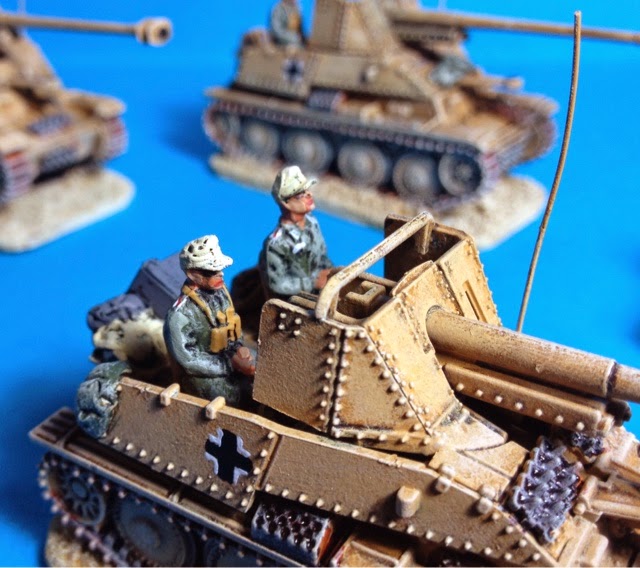 I had only one true Italian tank figure left (the ESCI one from their M13/40 series). I placed it in one of the flamethrower tankettes and used different figures for the two other crew just adding some GreenStuff to the back of the helmets in order to reproduce the Darth Vader style headgear of the Italian tank crewmen.

This one is the ESCI WWII French infantry officer. 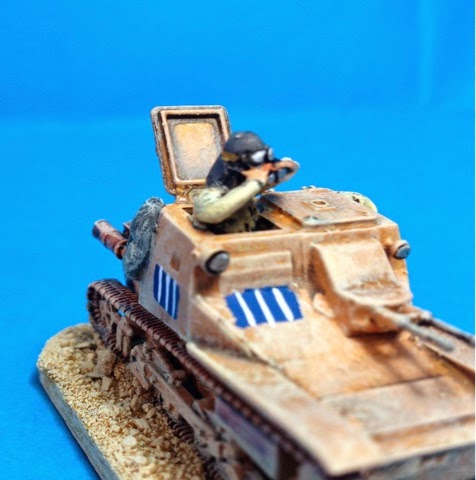 And this is the Airfix U.S. M3 halftrack driver. He was also given a right arm something quite handy if you are at war. 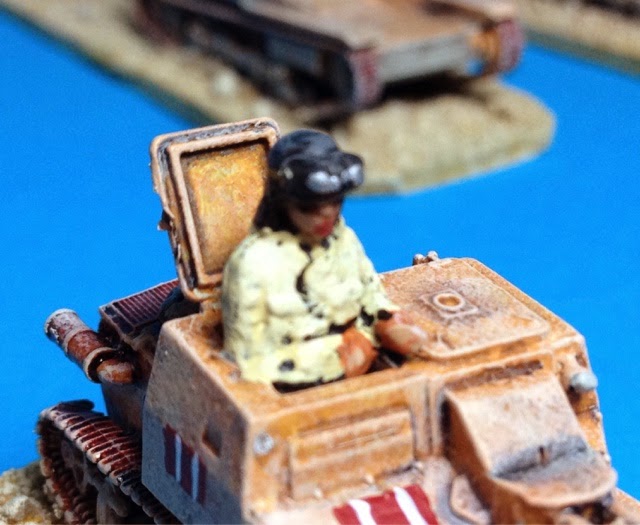 The S-Models are a different concept than PSC, more detailed and less robust but also equally accurate. 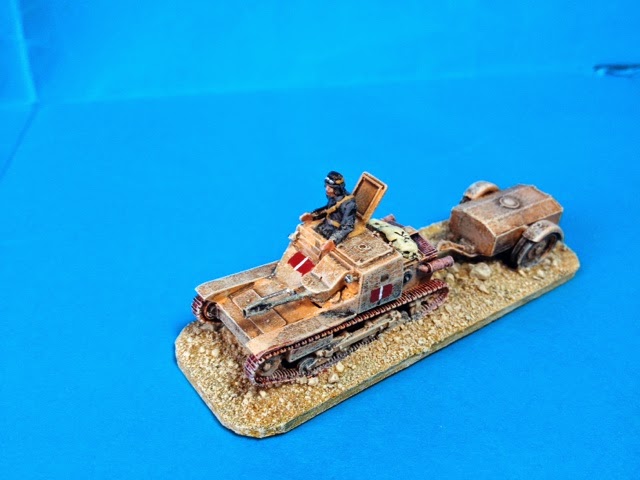 Posted by João Pedro Peixoto at 02:27