Finally I managed to go to Waterloo and to Belgium, profiting from the Carnival break. I really wanted to go there before the 200th anniversary so I could say " bah, I've already been there...".

This is the view from the Lion's mound, a very unfortunate construction that ruined part of Wellington's defensive terrain but from were you can have a fabulous view over the entire battlefield.

To the right you find La Haie Sainte... 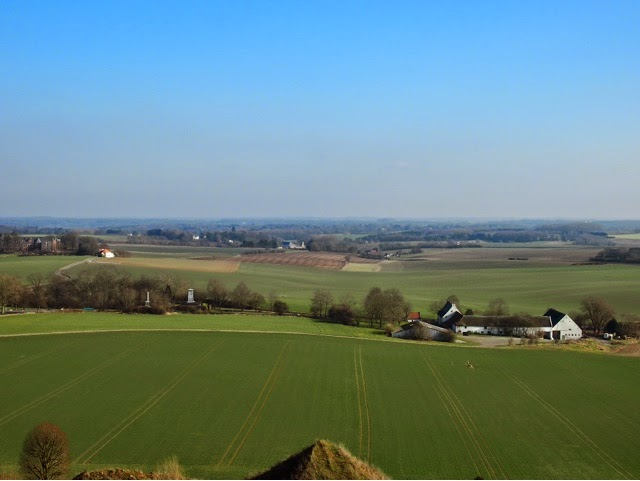 ...and you can see the reason why Wellington chose Mont-Saint-Jean as the main feature of the allied defensive system. The ground rises gently to the left creating a ridge ideal for his defensive tactics.

From the Genappe road I took this hasty picture of La Haie Sainte looking at the axis of the French assault. 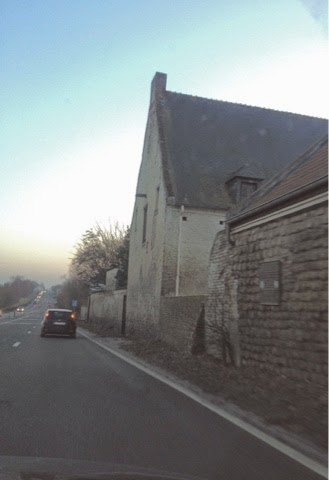 Back to the Lion's Mound and far to the top you can see the Papelotte-Frichermont area. 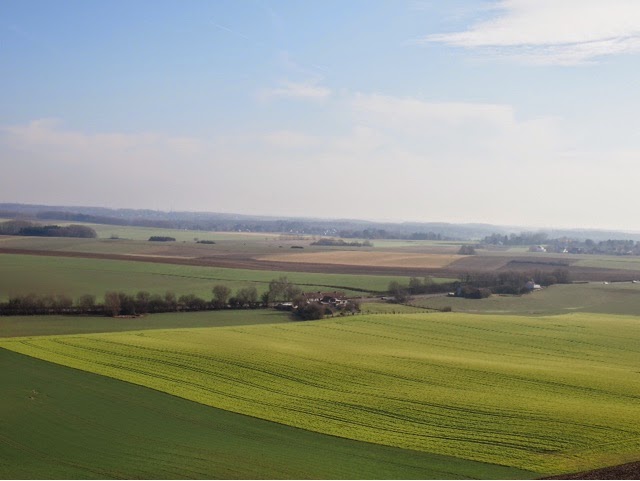 Continuing clockwise you can see to the left the place of the Grand Batterie and the area of D'Erlon's attack. 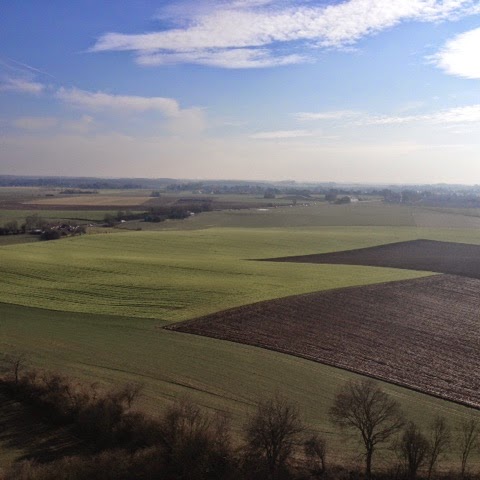 Now a little more to the center you have the area of most of the French cavalry charges made in the afternoon. 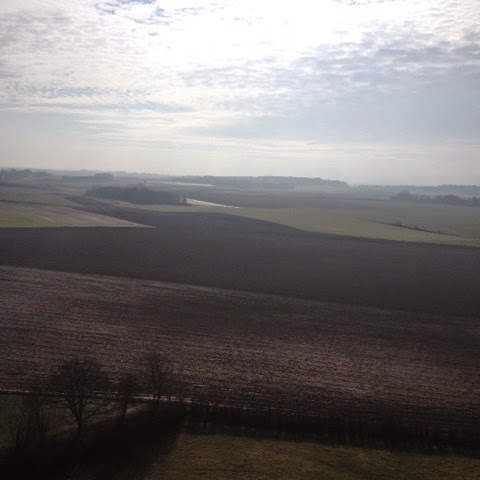 The area was also used by Foy and Bachelu divisions that ended drained to Hougoumont, fooled by Wellington's breakwaters defensive system. 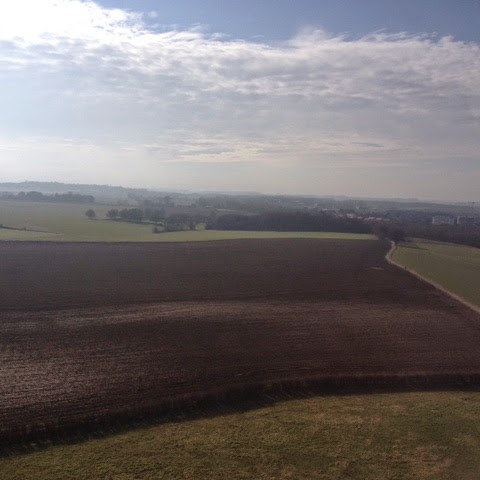 And the Hougoumont area close to the woods you can see at the center. 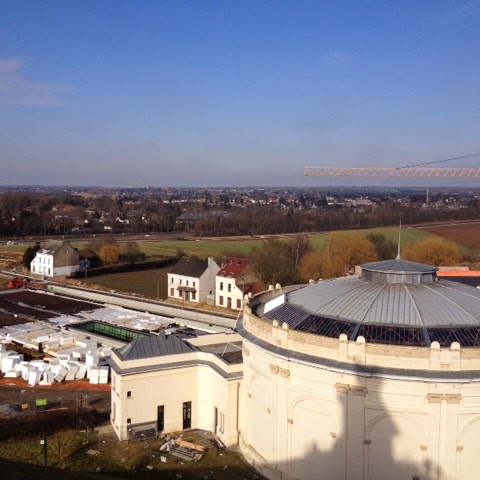 Continuing clockwise you have to your back the allied places were the infantry squares were placed to resist the French cavalry charges. 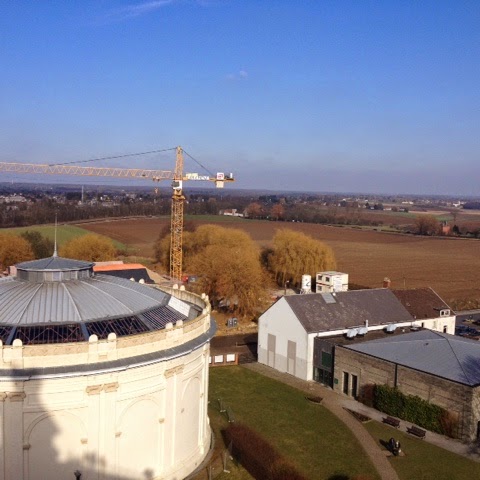 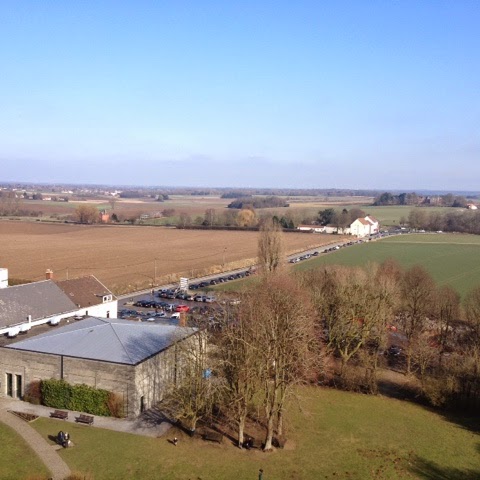 Now to Plancenoit and its iconic Saint-Cathérine's church that changed sides between French and Prussians several times. 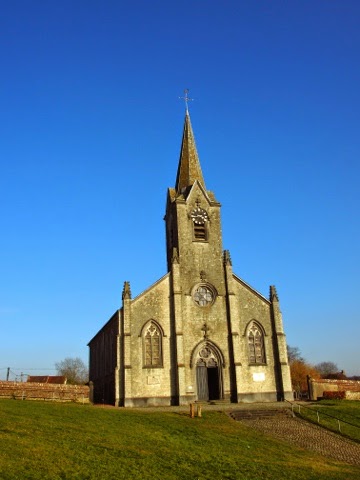 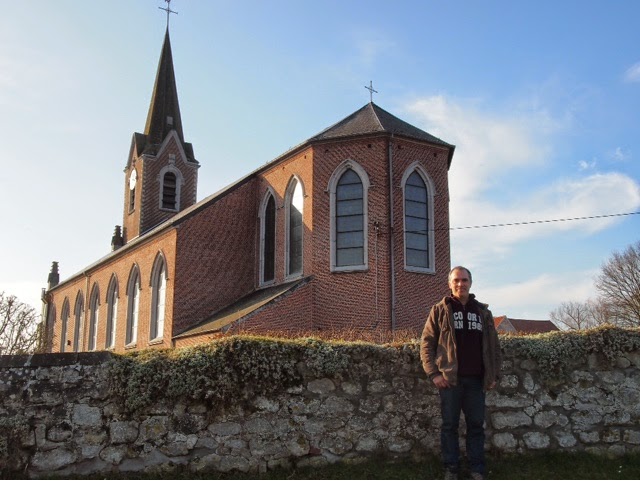 And here I am safely in front of the walls... 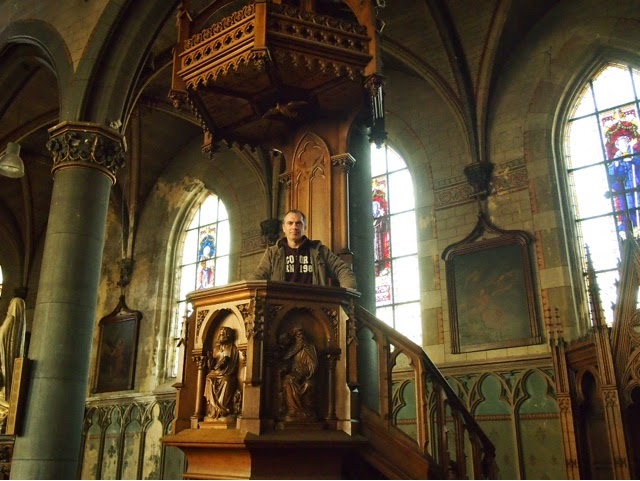 ...and preaching from the inside. 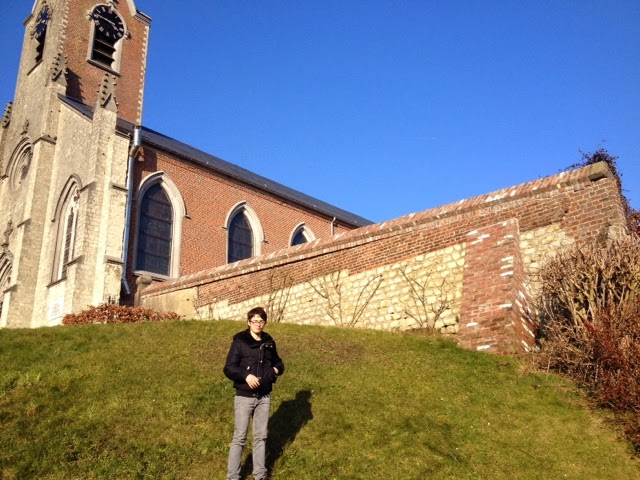 The walls offered great protection for muskets and the whole area became a killing ground on that 18th June 1815. 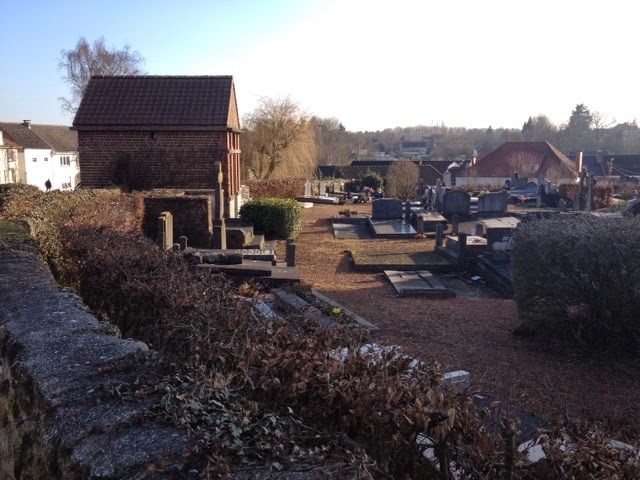 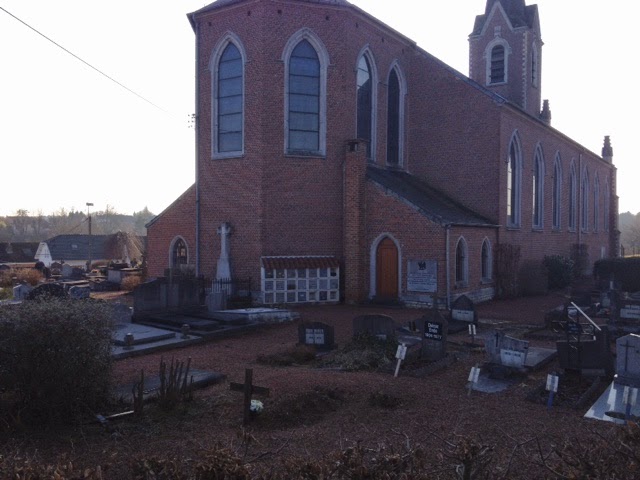 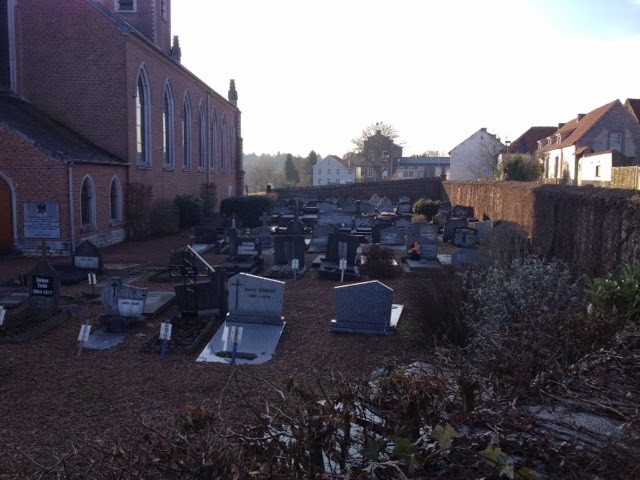 The church yard was and still is a cemitery. 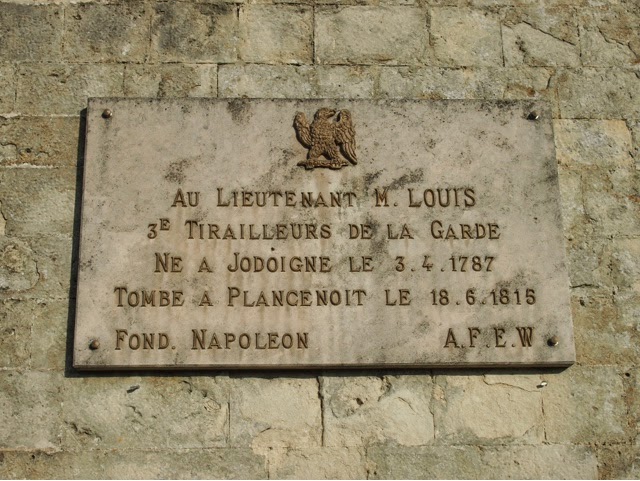 A tribute to the courage of the Jeune Garde. 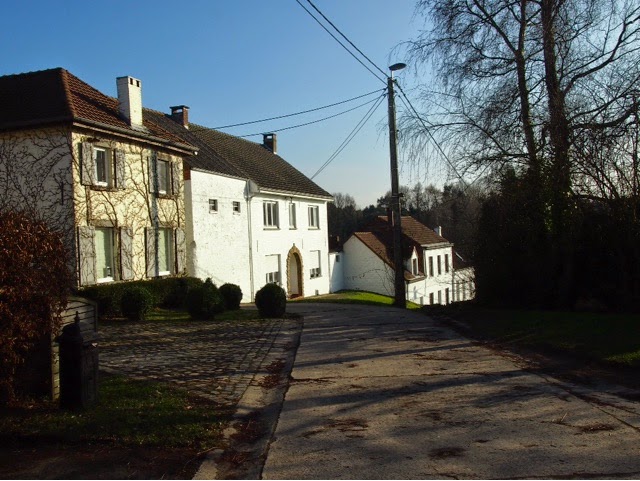 This street was one of the axis of the arrival of the 4th Prussian army of Bülow von Dannewitz.

Going back to the museum area you can see a beautiful diorama of Hougoumont in a scale about 1/40. 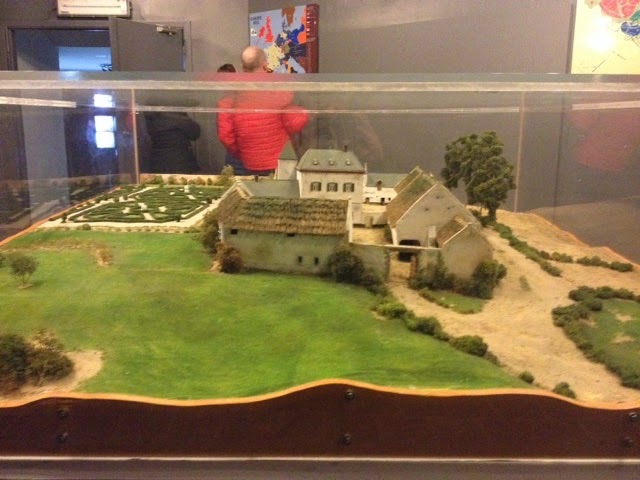 The North gate,the only part of the building to be pierced by the French, but only for a short time. 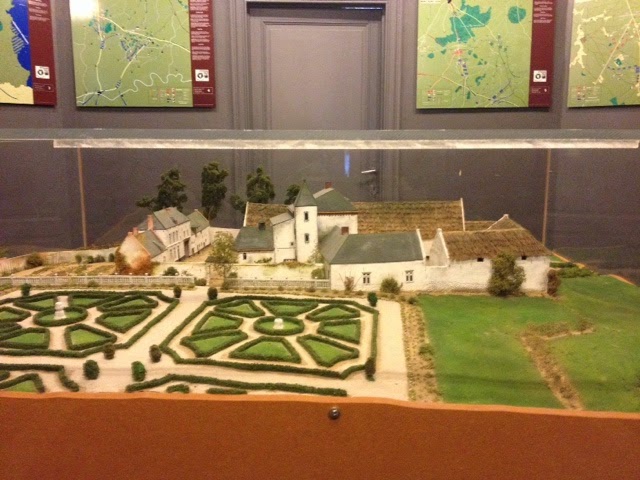 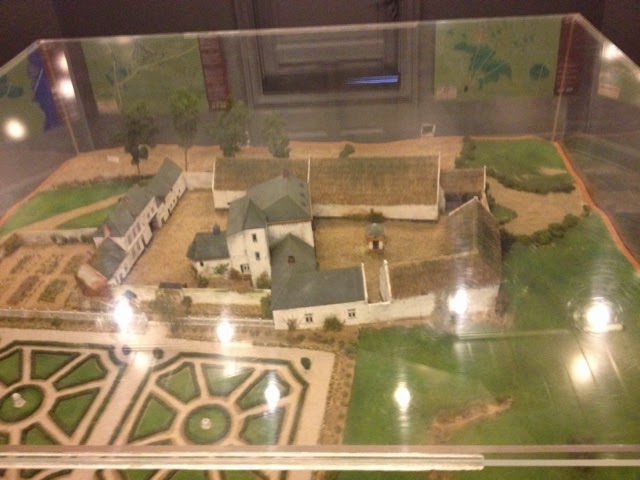 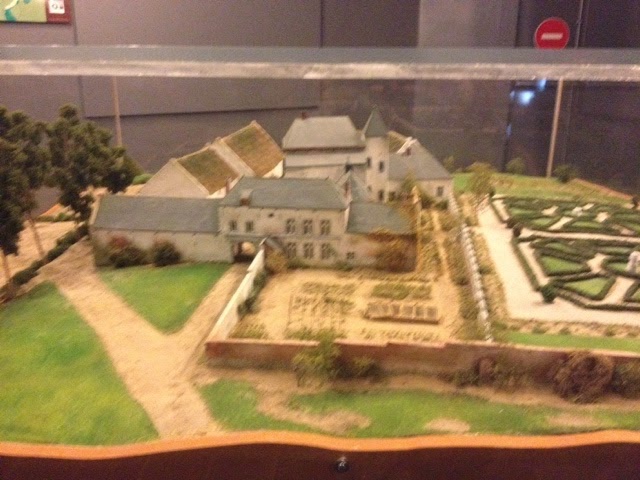 The South gate and the aproaching area of a good part of Reille's men. 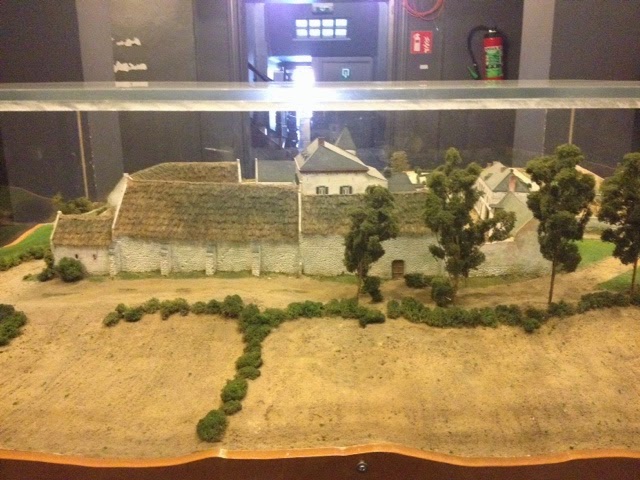 And an also beautiful painting of Napoleon. 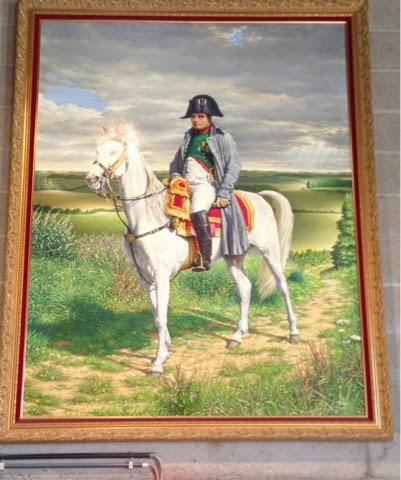 In the Cyclorama you have an outstanding 360 degree painting of the French cavalry charge recently restored. 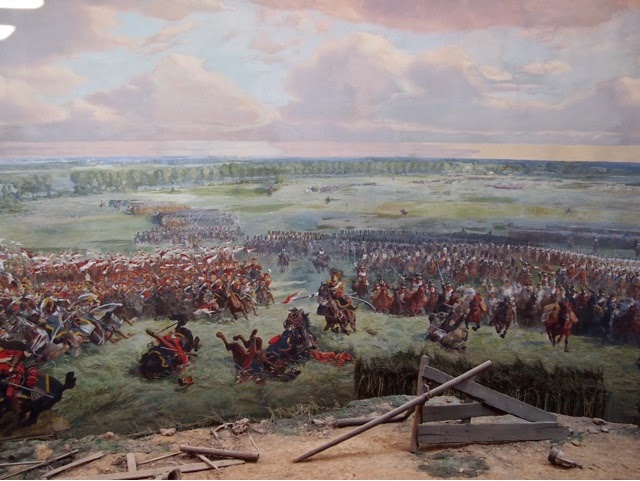 With the light already fading I came to Hougoumont. 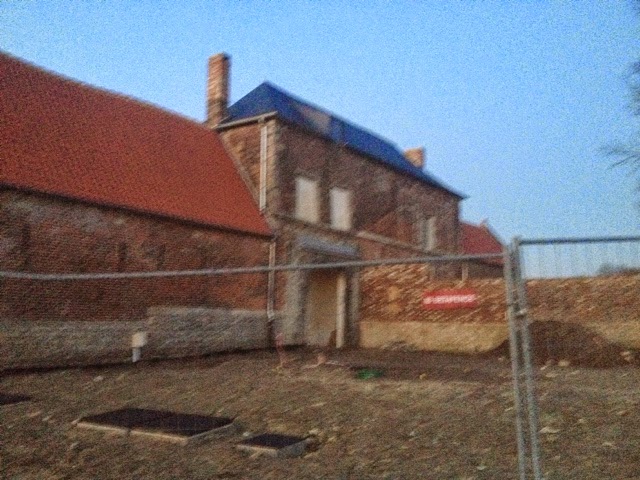 The south gate. A place were so many died that is still strange to have your feet in such place knowing that, according to witnesses,  the ground was not passable without tripping in a dead body. 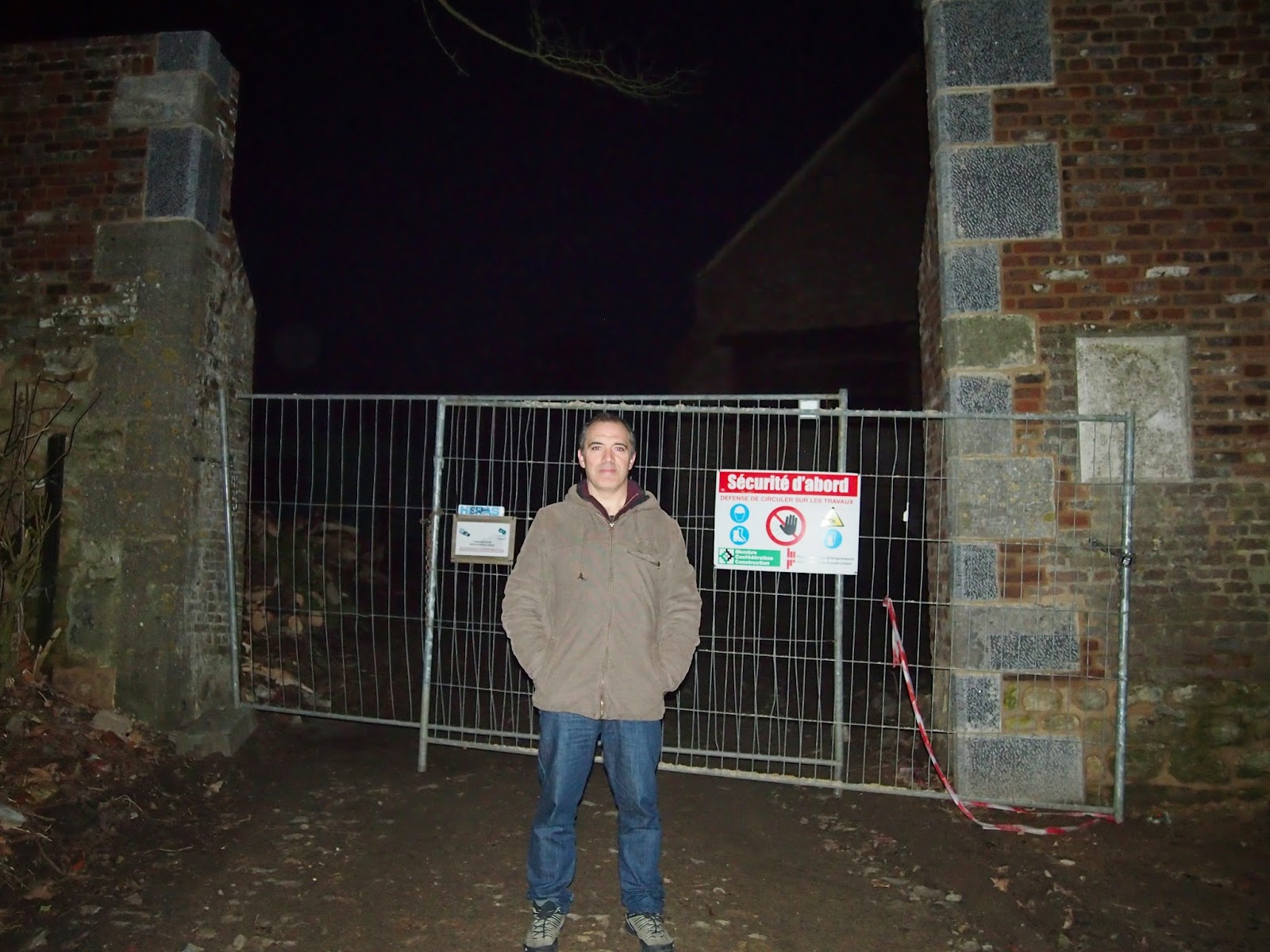 The also famous North gate, pierced by Sous-Lieutenant Legros and his group of 30 men. 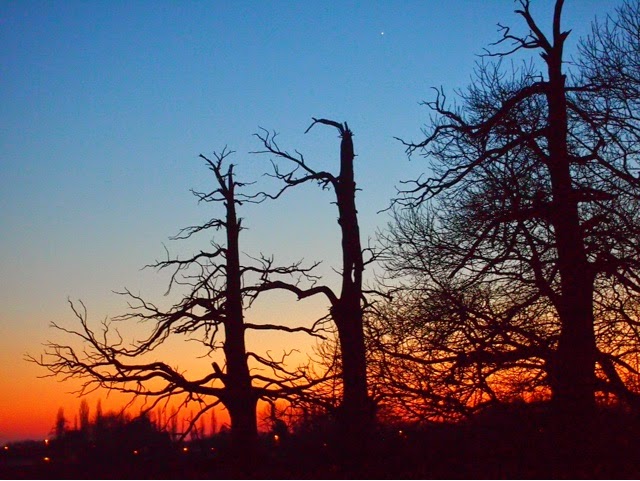 What remains of the woods to the South that covered  from Napoleon's  eyes  the walled Chateau D'Hougoumont, allied to some really bad French  maps of the area. Originally they were 30 meters chestnut trees that gave the impression of an easily passable obstacle.

Next: the Army Museum of Bruxels.

Posted by João Pedro Peixoto at 17:52