A few more bits and pieces for the British in the desert. 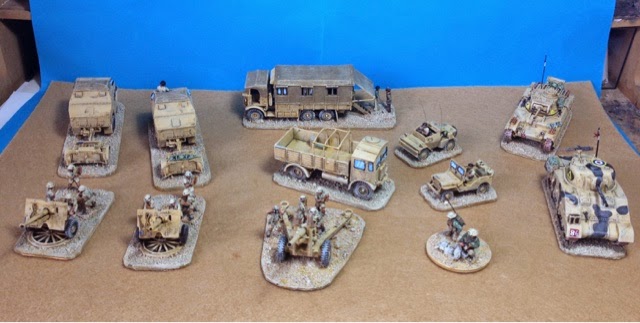 Everything is old plastic kits with a more recent Armorfast Sherman. 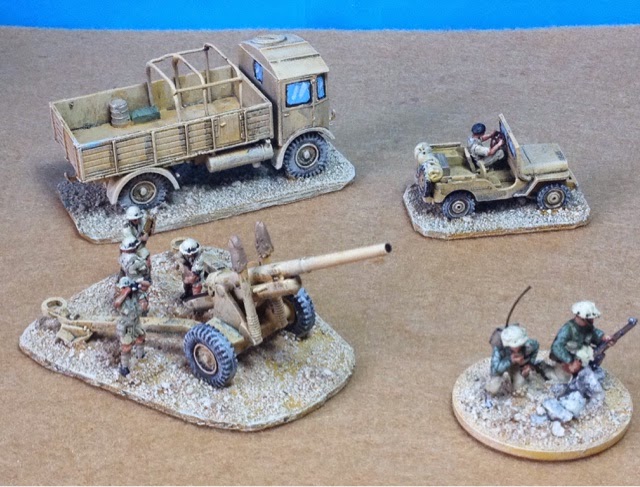 The Airfix 5,5 inch gun with towing Matador vehicle. The 5,5 inch received some new parts in Greenstuff as well as the Matador saw its canvas cover taken out and replaced by Evergreen rod.

The figures are Chinese copies of british desert infantry with a lot of cutting and glueing.

The OP group is Valiant. 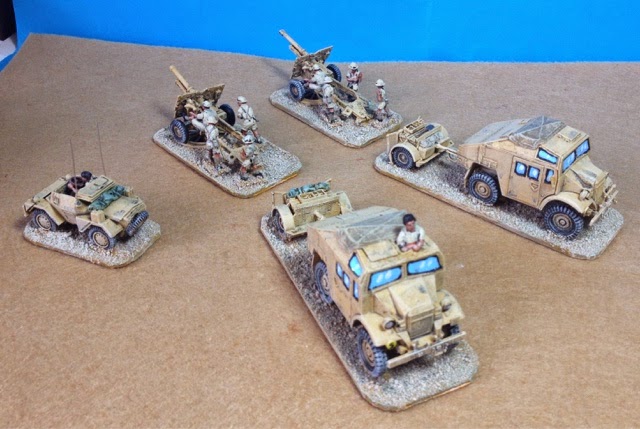 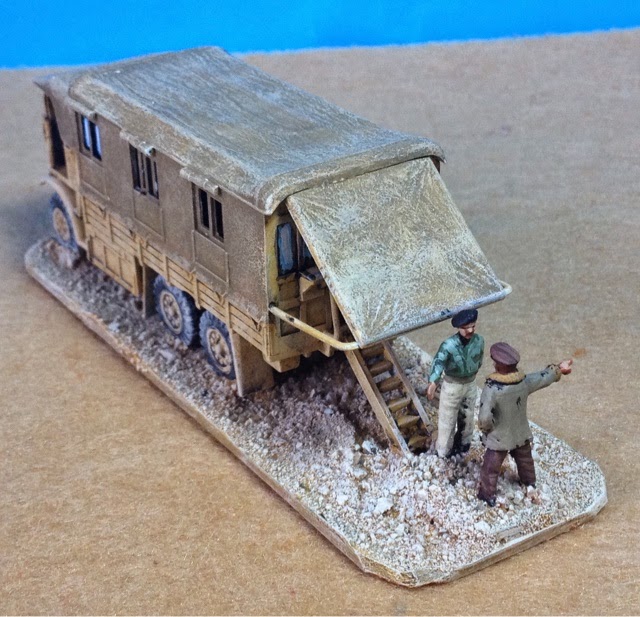 Matchbox Monty's caravan with a soft plastic officer giving harsh advice to an hard plastic Monty of the same brand. I think he will regret it... 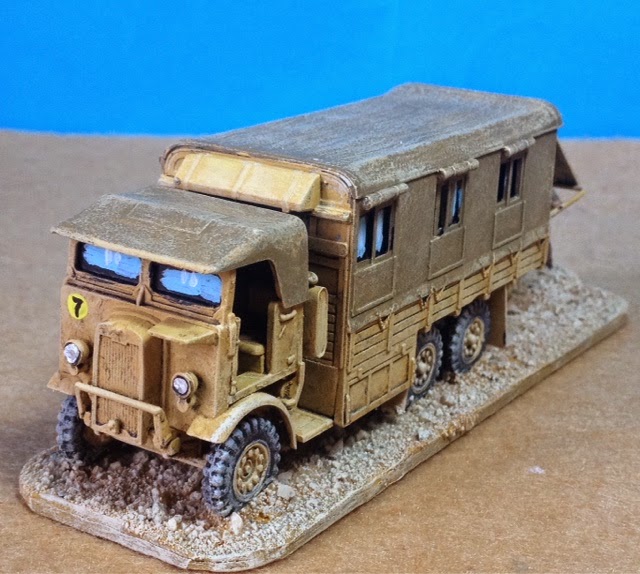 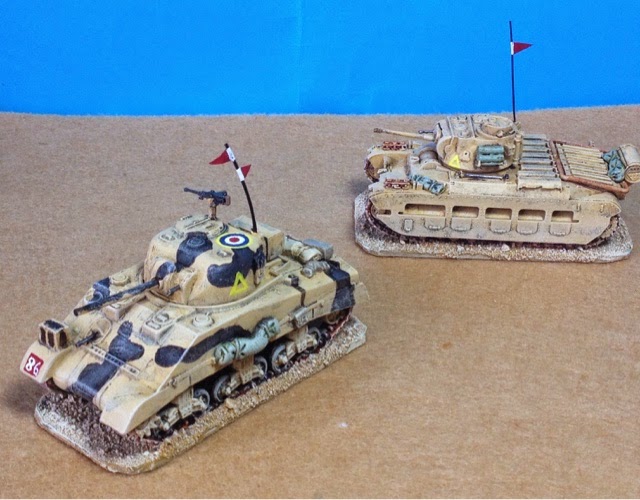 An Esci Matilda and an Armorfast Sherman III. The sherman was heavily transformed and it comes from the M-4 Sherman of Armorfast. 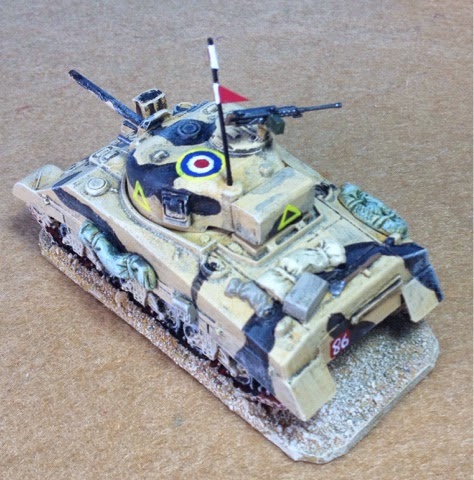 As I did with the cast hulls of PSC the bogies were transformed to look like the initial version, the mantlet had its 'ears' cut to look like the M-34 mantlet, the rear  had an extra piece of plate (plastic from Evergreen really) and many small bits were placed like an MG, bags, boxes, new transmission and antennae.

Posted by João Pedro Peixoto at 07:17