A few more models on the way. 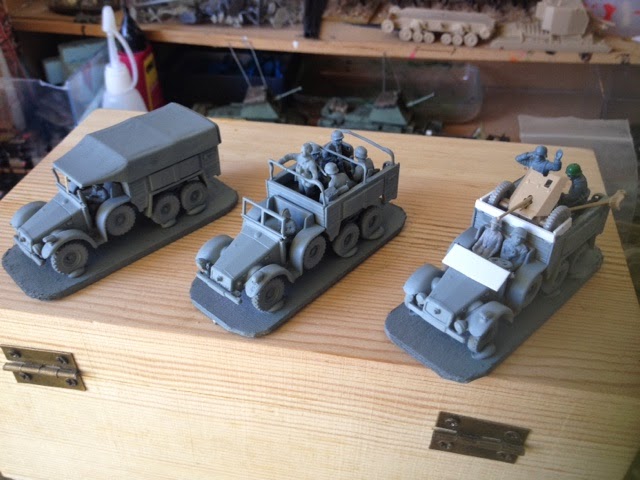 The middle one has a Esci and Preiser crew with an Airfix driver.

The 37mm PAK portee in an unconfirmed version for the DAK. Plenty were used in the Eastern Front so probably also in the desert. Up to  a few years most of the authors were denying the use of the Krupp 69 truck by the DAK until proved by photos. I hope the same happens to this PAK version. 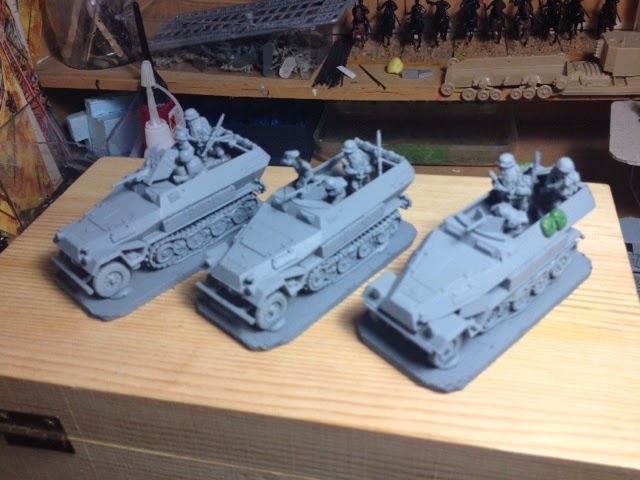 The crew are from several plastic brands and also from metal Irregular Miniatures. 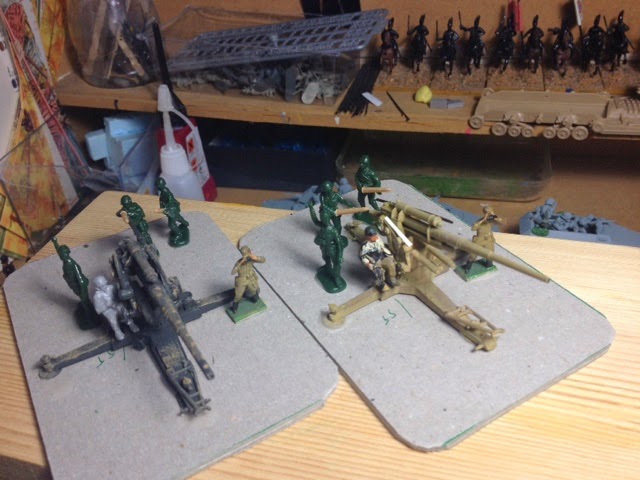 Hasegawa 88mm with stripped mantlet as used by the Italians. 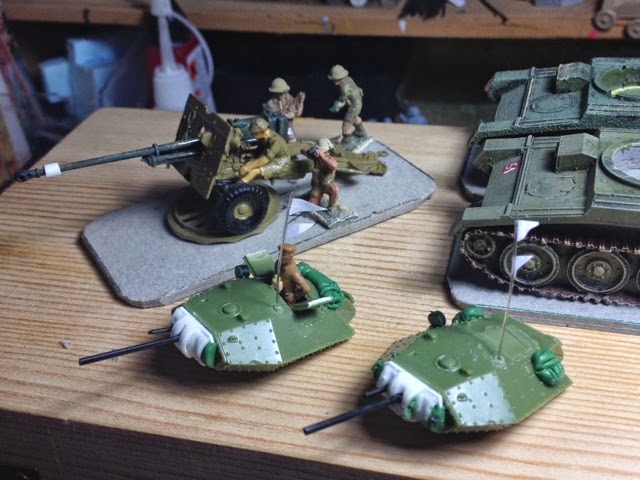 The 17pdr in the 25pdr carriage ( called "Pheasant"). Matchbox barrel and Esci carriage.

Most of the crew are cheap Chinese copies. But some are nice and big and make good conversions.

Lastly two leftover turrets of the Airfix Crusader, originally the Mark III, turned into Mark II with the help of some Evergreen plastic tube and plate.

They will be placed on two Frontline Miniatures Crusader AA with 40mm gun, a design that never saw action.

Posted by João Pedro Peixoto at 15:23