Having not been able to paint a British redcoated regiment for Buçaco with black facings - and the respective nice flag (the reason is because there weren't any!)  - I painted the 64th foot for the AWI which has all that. 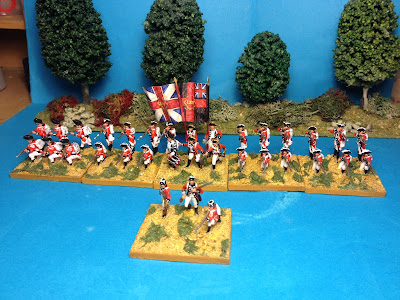 Not many particularities: figures are the usual Revell and Airfix with some tall Revell Austrian 7YW for some diversity. All figures carry back packs, some had to be made from GreenStuff, like the Austrian and the Airfix Grenadiers. 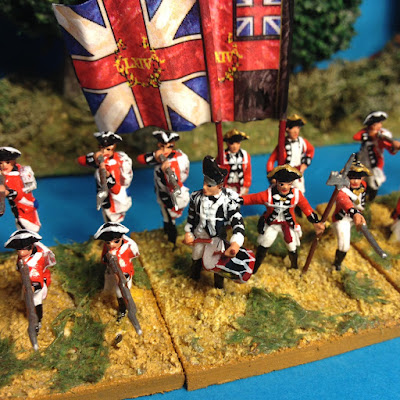 Flags are Warflag. Meanwhile I downloaded the Krigspil ones and will use them in the next few units. The AWI is sorting out better than I was thinking. The units are small (which sometimes is a pity) but the  variety is just great with uniforms and equipment for all tastes, so its not easy to get tired.
By the way,if you want accurate drums for your British infantry go to www.fifedrum.org and you can find all of them for your AWI miniatures.
Posted by João Pedro Peixoto at 10:50