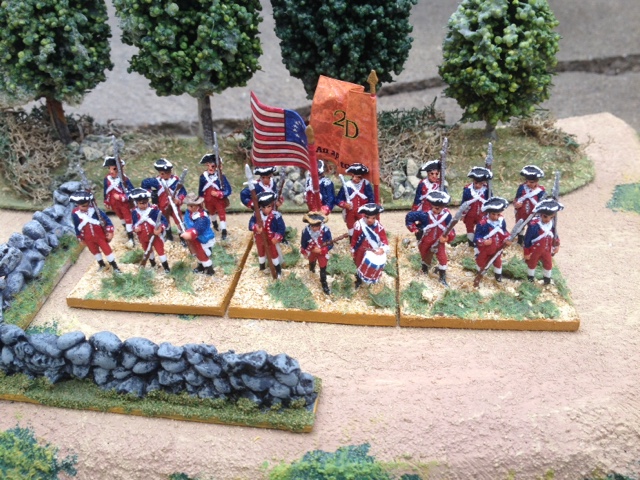 The force awakens... This regiment is my first for the American army. I'm looking for some time for a battle to build regiments around. I chose 1777 Brandywine battle: plenty of units on both sides and also plenty of Hessians whose grenadiers with mitre caps were one of the reason for starting this period.

This regiment is made of Italeri figures. It's somehow a strange set. First class detail and accuracy but the poses are apparently not very useful for wargaming.  Nonetheless when combining the most relaxed poses you can have a nice homogenous group. The same can happen if you mix the firing figures both the kneeling and standing.

Posted by João Pedro Peixoto at 08:21